Israel ANALYSIS: Is Another War Like the Six Day War Possible?
Israel 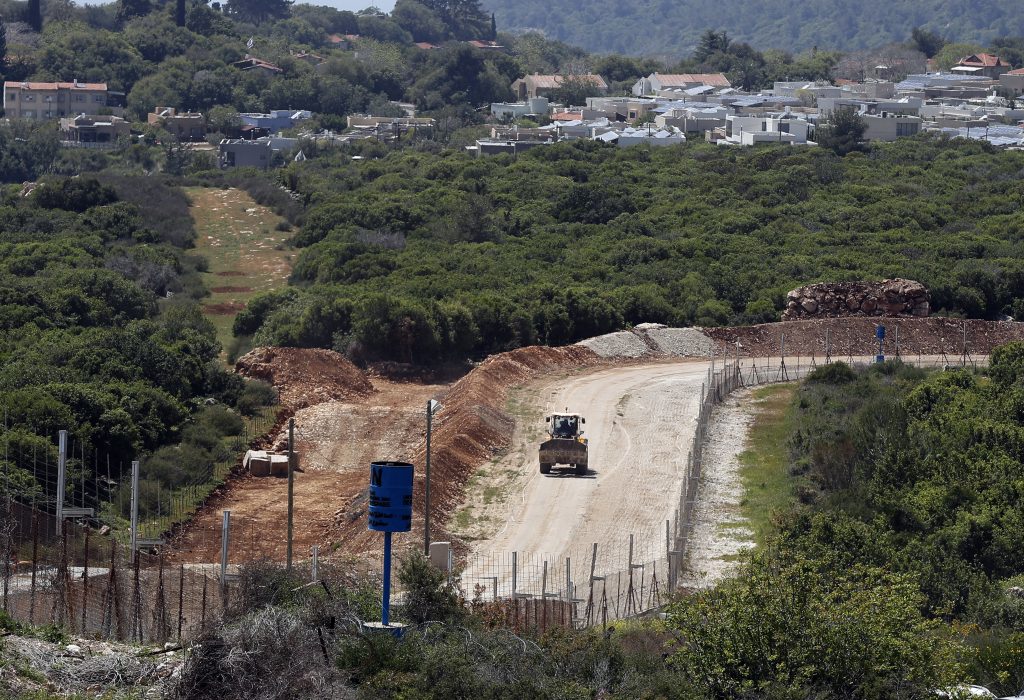 Is Hezbollah or Hamas interested in another war at this juncture? It would seem not. And Israel? Certainly not.

So, if neither side wants war, why is it that there is so much talk about the possibility of war breaking out at some time in the future, which causes both sides to prepare for it?

The answer is found in the professional term “miscalculation.” The Arabs are not ready for war; neither is Israel. But at any time, one side might think that the other is about to attack, and it will decide to launch a pre-emptive attack of its own. Thus, a war that begins due to a misunderstanding. Such circumstances have arisen in the past, and could arise again today as well.

All the military experts who would examine the causes of that war would agree that hostilities broke out after just such a miscalculation. The Israelis thought that Egyptian leader Abdul Nasser was about to launch an attack on Israel, and launched a pre-emptive attack — when Nasser had no intention of doing so.

Over the last several years, Israel has sent the message, in every possible way, to Hezbollah, Hamas, and indirectly to the Iranians, that it has absolutely no intention to initiate a war. There should be no miscalculation or misunderstanding.

However, the security cabinet, which convenes periodically in Yerushalayim, are shocked to hear from Prime Minister Binyamin Netanyahu and the heads of military intelligence that the message is not being received, not in Beirut, not in Gaza, not in Tehran. Either because the messengers are not the right people for the job, or because the Arabs are blind to the realities. As a result, the Israelis are worried.

They are finding it difficult to explain the failure of the Arabs to accept Israel’s true intentions, and that none of the messages have elicited the slightest reaction.

Hezbollah is stockpiling the thousands of rockets that the Iranians are shipping them, some of which are interdicted in anonymous operations attributed to Israel. Hamas is manufacturing its own missiles, and test-launching them into the Mediterranean.

Fifty years on, one might think that the sides would have given up on making war. But no. The Arabs haven’t changed, and Israel must continue to maintain its military superiority, with the most advanced weaponry, ready for use in case of attack.

U.S. President Donald Trump, who came for a visit to Israel a few days ago accompanied by his senior aides, was convinced that he would hear assessments which would more or less focus on the prospects of advancing the peace process versus reservations about doing so. Instead, by the end of the briefings, he understands from the senior Israeli intelligence officials that they weighed the prospects of war as about even with all other prospects, including peace.

President Trump and his advisors came to the conclusion that there was no groundwork for peace talks while the two sides were preparing for the next war. Therefore, the Israelis told him, better to concentrate on the future security threats, though they are not immediate.

The military experts made an elaborate presentation, and the picture was a gloomy one: of an enemy ceaselessly arming itself with the most advanced weaponry and obtaining military options that were not available to them in the past.

For example, the Americans were informed that Iran has succeeded in smuggling to Hezbollah surface-to-surface missiles capable of striking targets as far south in Israel as Beersheva. Each one of these missiles can carry an explosive payload of about half a ton, and they are more accurate than the missiles they had until recently. They are comparable to the Russian SS-2, which were used against aircraft.

There are signs of a tremendous armament program, and evidence of training at all levels, they told the Americans. However, they stressed, they have no clear indication that any decision has been made to attack Israel or to launch a kidnapping operation or to seize some strip of territory and use it for a bargaining chip. They seem to have no definite plan, but fighting could break out as a result of some minor incident.

So, what, then are the Israeli security heads worried about? A miscalculation of the sort mentioned above. Whereas, in previous years the danger of a minor incident leading to war was small, due to the enemies’ relative unpreparedness for war; today, they believe they are closing the gap with Israel militarily, and that greatly increases the possibility of war.

During President Trump’s visit, a member of the American delegation asked if it were possible that all the Iranian activity in the region was designed to deter an attack on its nuclear installations, or to provide the means of retaliation, through Lebanon or Gaza or both, in the event of such an attack? The experts did not rule this out.

The Israeli analysts point out that Hezbollah and Hamas are totalitarian entities led by one person or a small leadership group. If they decide to go to war, very little time need elapse between the decision and the act. There would be little or no warning of an attack. Therefore, Israel has no choice but to be on alert at all times, constantly prepared for almost any contingency. Such a constant level of alert is costly, but there is no choice.

During discussions of the threat of terror in the Mideast, Europe and the U.S., one of the Israelis surprised the Americans when he said that “those who support terror must be willing to accept becoming a legitimate target of the war against terror themselves.”

At the same time, the Israeli security expert said that it is incumbent on the western democracies to open a dialogue with the moderate Muslim world; and he praised Mr. Trump for his correct approach in the matter. But he asserted that the president did not sufficiently attack the heads of global terror.

“What do you think we should do?” asked Trump.

“The liberal countries have to adopt a new strategy in this war. This should include pre-emptive strikes on the terrorists, the right of self-defense justifies targeted assassinations, with the understanding that terrorist leaders and heads of states that support terror are legitimate targets.”

He further advised that we have to provide better, up-to-date intelligence about terrorist activities that can supply targets in real time and a faster response to attacks. Furthermore, he said, we have to impress upon the extremists that only through peaceful coexistence will they be able to achieve their desire to see a flourishing Islam.

Another intelligence officer said during the same discussion that a number of terrorist attacks would be prevented if there would be a general agreement that the mainstream media would refrain from covering and publicizing them. The images of death, panic and destruction distributed by the media only serve the purpose of the perpetrators of these heinous acts.

“A one-minute ad on the major channels costs millions of dollars. But a truckload of explosives costs only a few hundred dollars, buys many minutes of prime time, and that is the motivation for the terrorists,” he said.

Trump and his delegation listened with great interest. The impression was given that they learned a number of things, and it appeared to find expression in some tough statements made by the president in his speeches before the trip was over.

Nevertheless, as the president said at the end of the visit, “I still think that direct talks without preconditions, and the arrival at agreements in partnership with the moderate Arab states, is the strongest guarantee that war will not return to the region.”