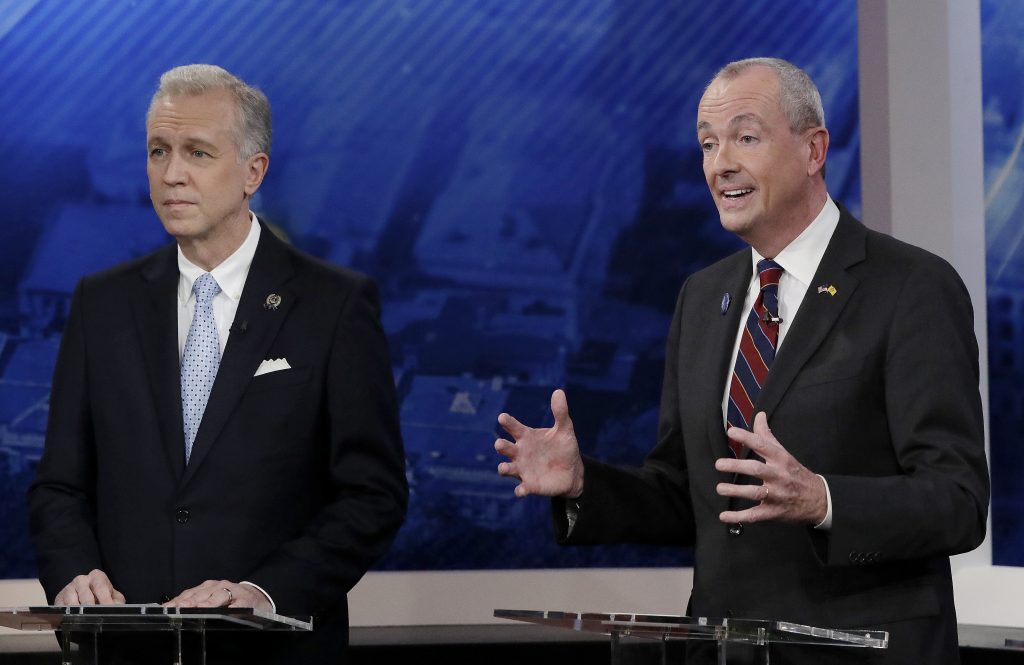 A wealthy former diplomat. The state’s No. 2 official. Three legislators. An actor … and others.

When New Jersey Democratic and Republican voters go to the polls next Tuesday to pick their party’s standard-bearers in the November contest to succeed Gov. Chris Christie, they’ll have nearly a dozen choices between them.

Voters will pick from among 11 candidates — six Democrats and five Republicans. Polls have shown frontrunners in both parties, though they also show about half of registered voters are still undecided.

On the Democratic side, the candidates agree on most policy issues: fully funding the pension, rejoining a greenhouse gas initiative and raising taxes on millionaires. The leading Republicans differ a little more sharply over how to overhaul the state’s education funding formula.

Bill Brennan, 51, is a former Teaneck firefighter who was in the spotlight over the last year when he brought a civil case against Governor Christie stemming from the 2013 George Washington Bridge lane closure scandal. A judge halted the proceedings and the county prosecutor declined to bring charges.

Jim Johnson, 56, is a former Clinton Treasury official who is little known in New Jersey.

Ray Lesniak, 71, is a long-time state senator from Elizabeth with a liberal record over three decades.

Phil Murphy, 59, is a wealthy former ambassador to Germany under former President Barack Obama and one-time Goldman Sachs executive. He’s never held elected office but is leading in the polls and has spent about six times more in the race than his rivals. He has won endorsements from dozens of party officials, labor unions and advocacy groups, who say he’s convinced them he’ll champion their causes. For example, he’s promised public unions he’ll fully fund the pension; he told environmental groups he’ll get the state to 100 percent clean energy by 2050.

But Murphy has had a target on his back since he’s the frontrunner in polls. The harshest charges against him include claims that he used his wealth to buy endorsements and that he’s come to his liberal views after a career on Wall Street only when it suited his political ambitions.

John Wisniewski, 54, is an Assembly member who assumed office in 1996. “The Wiz” co-chaired the legislative committee that investigated the Bridgegate scandal and was Sen. Bernie Sanders’ campaign chairman for New Jersey.

Mark Zinna, 56, is a councilman from Tenafly whose campaign centers on what he says is a rigged political system.

Jack Ciattarelli, 55, an Assembly member since 2012, highlights his business and accounting credentials on the trail. He promises to overhaul public employee benefits, school funding aid and the tax system.

Kim Guadagno, 58, was elected as the state’s first lieutenant governor in 2009 with Christie and re-elected in 2013. She’s the leading GOP candidate in the polls the only leading candidate that has promised not to raise taxes. The biggest argument against her is that she’s a continuation of Christie, whose approval is near record lows.

Steve Rogers, 65, is a commissioner in Nutley and a commentator on Fox News. He has cast himself as a law-and-order candidate who promised to oppose the nearly dozen sanctuary cities and counties in the state.

Hirsh Singh, 32, an engineer, casts himself as a businessman and outsider with problem-solving skills.