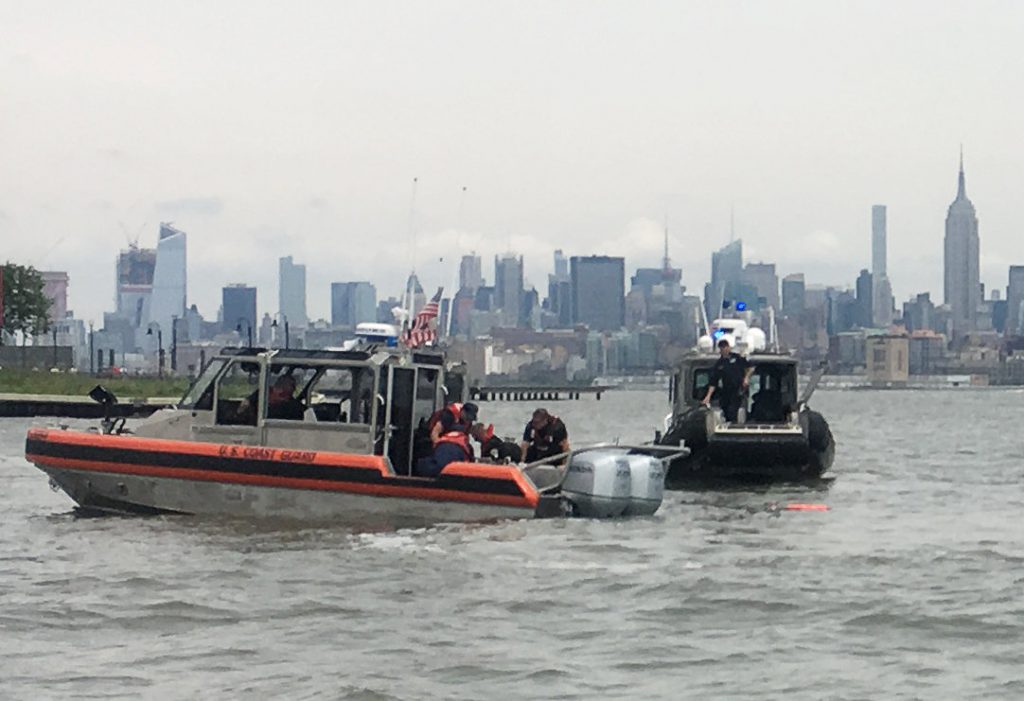 A member of the U.S. Navy’s elite skydiving demonstration team plunged to his death on Sunday when his parachute failed to open while performing in an aerial exhibition as part of New York Harbor’s annual Fleet Week festival.

The parachutist was pulled from the waters of Morris Canal near the mouth of the Hudson River moments after the accident, witnessed by thousands of spectators watching the show from Liberty State Park in Jersey City, New Jersey.

The skydiver, a member of the Navy SEALs commando unit that operates under the Naval Special Warfare Command, was pronounced dead at the Jersey City Medical Center, Rear Admiral Jack Scorby told a news conference outside the hospital.

The Navy man’s identity was being publicly withheld pending notification of his family.

Scorby gave few details about the cause of the accident except to say that the skydiver’s “parachute did not open.”

Sunday’s festivities, part of a weeklong showcase that brings dozens of U.S. warships and thousands of service members to the New York City area every year, included demonstrations by the U.S. Navy Parachute Team, known as the Leap Frogs.

The team is the official skydiving demonstration unit of the U.S. Navy, comprising active-duty Navy SEALs, Special Warfare Combatant-craft Crewmen and support personnel. It is sanctioned by the Defense Department and recognized by the Federal Aviation Administration, according to its website.

Bjoern Kils, 37, of Jersey City, was watching the event from a boat when he saw three Leap Frogs jump from a helicopter, complete their aerial maneuvers and land.

“Almost the same time that they touched down in Liberty State Park, we heard a splash and turned around very quick. I saw the water splash, and apparently there was a fourth parachutist,” said Kils, who runs charter boats.

“We’re not sure where he came from. We didn’t see him exit the same helicopter and apparently the chute did not deploy.”