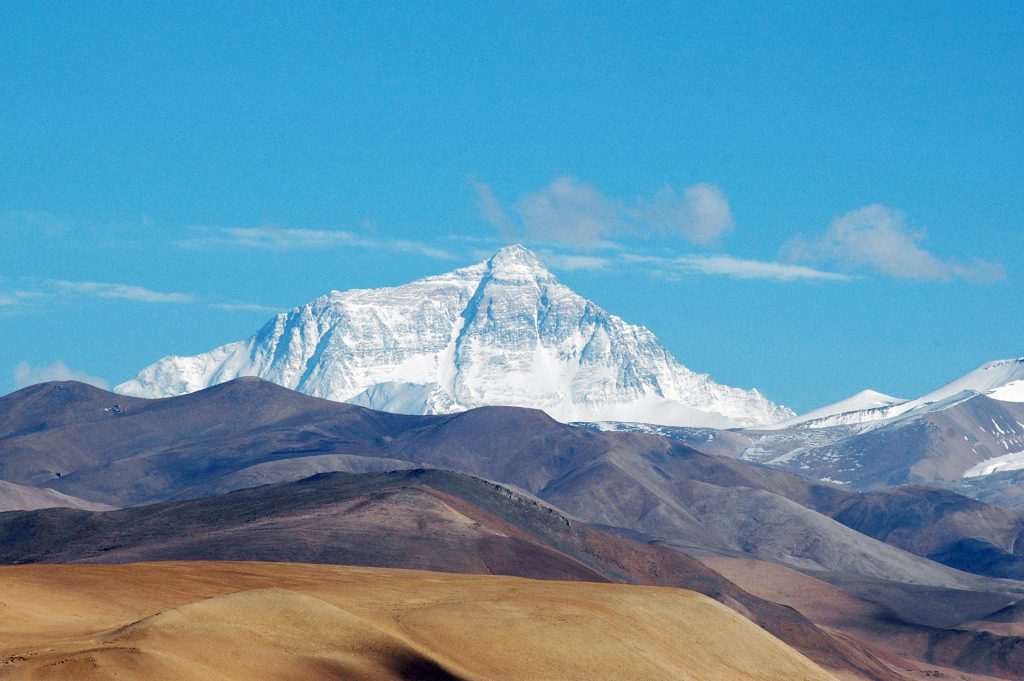 Tragedy and a troubling mystery have enveloped Mount Everest as the mountain’s climbing season reaches its peak. The bodies of three Indian climbers were retrieved Sunday amid reports that climbers were being jeopardized by the disappearance of oxygen bottles. The two situations have not been linked at this time.

The bodies of Ravi Kumar, who died last weekend, and Paresh Chandra Nath and Gautam Ghosh, who died last year on the mountain, were brought down after being recovered by Sherpa guides near the summit. They were taken by a helicopter from a camp at a lower elevation to Kathmandu for autopsy.

“I can finally take my brother’s body home for cremation to bring peace to all our family,” Debashish Ghosh, Gautam Ghosh’s brother, told the Associated Press.

The window for reaching the summit closes as May ends and conditions deteriorate. With the possibility of a successful climb becoming slimmer, there are reports that oxygen is disappearing.

“It is becoming a serious issue up there,” mountain guide Nima Tenji Sherpa told the BBC on Friday.

“I kept on hearing from expedition groups that their oxygen bottles had disappeared and that could be life-threatening, particularly when they have used up what they are carrying on their way up and they are still not on the summit yet, or they plan to use the stocked bottles on their way back,” added Tenji Sherpa, who had just returned from Everest.

While it’s possible to summit Everest without oxygen, it’s not recommended for most climbers because of the mountain’s extreme elevation. Soaring some 5.5 miles above sea level, Everest’s air at its peak can’t sustain life for more than a few hours. Without extensive training, lack of oxygen can bring on serious frostbite, as well as a condition called hypoxia that affects the brain, causing headaches, hallucinations and eventually death.

The first group of climbers summited the mountain on May 15 and it didn’t take long for reports of the suspected thefts to come in.

“Another 7 bottles of Os have gone missing from our supply – this time from The South Col,” Everest Expedition leader Tim Mosedale wrote on social media last week, referring to the location of one of Everest’s final camps before the summit.

Mosedale referenced the high number of “failed summit bids,” as well as the five fatalities happening on the mountain so far this year, noting he wouldn’t be surprised if the oxygen was taken to help out those in immediate need, but that he wished “people would let us know.”

“No one in their right mind would withhold previous oxygen from any team/climber having difficulties. But if those difficulties are as a result of their own oversight or lack of sufficient supply, it’s a difficult situation to reconcile – especially when it potentially affects the success or otherwise of our own team,” he continued. “Indeed, as I’ve mentioned before, lack of sufficient oxygen can easily develop into a life-threatening situation.”

In an earlier post, after finding out four of his group’s oxygen bottles had gone missing from another camp, Mosedale wasn’t so understanding, though.

“I’d never normally wish ill on anyone, but if these thieving ….. don’t summit, or get frostbite in the process, then that’s karma,” he wrote on social media.

This isn’t the first year climbers have seen their oxygen go missing. Last year, at least two climbers complained of thefts, including Rudra Prasad Haldar, an Indian police official, who told the Hindustan Times “a large number of oxygen cylinders were stolen.”

But the problem has become so commonplace this year that the Nepal National Mountain Guides Association called it “a trend.”

“Because of such incidents, climbers have had to return without reaching the summit, because when you learn that you have no more of the life-saving bottles, the first thing you want to do is get back to the base camp,” the group’s general secretary, Phurba Namgyal Sherpa, told the BBC.

No one has been caught stealing the bottles, nor do there appear to be any suspects, according to authorities.