Politics Rahm Emanuel on Democratic problems: ‘You’re Not Going to Solve it in 2018’
Politics 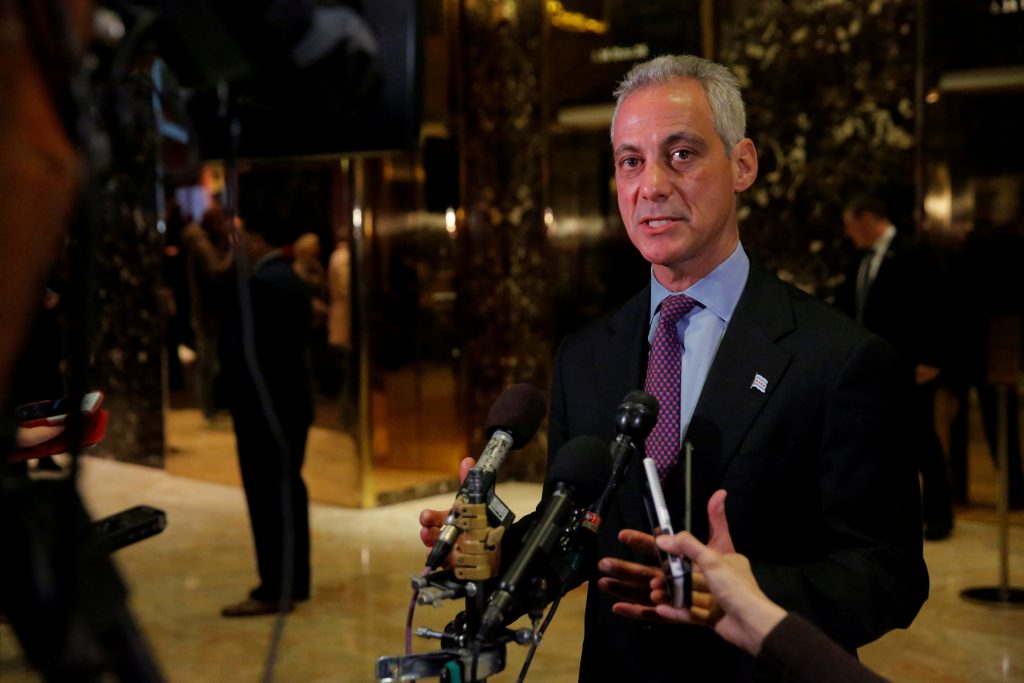 One of the architects of the last Democratic takeover of Congress played down the importance of the 2018 midterm elections, saying Sunday that the party’s long-term problems run far deeper than whether Democrats can win back the House.

Chicago Mayor Rahm Emanuel said the Democrats had lost so many seats across all legislative bodies that party leaders need to rebuild from the ground up to create a sustainable majority on Capitol Hill.

“What I disagree with is an approach that assumes it’s only about one election. We’re down, over the last eight years, about 1,100 Democrats. You’re not going to solve it in 2018,” Emanuel said on CNN.

Emanuel’s diagnosis came amid growing hopes that Democrats will be able to ride a wave back to the House majority, based on the energized liberal activism in the wake of President Donald Trump’s win last year and better-than-expected showings in a trio of special elections for House seats this spring. Some are pointing at the 2006 elections, when Emanuel chaired the Democratic Congressional Campaign Committee and recruited dozens of candidates across the country.

They won 30 seats during those midterms and won back the House majority for the first time in 12 years. Democrats need a net gain of 24 seats next year to win back the House, and they are focusing on 23 districts that Hillary Clinton won in last year’s election and a dozen more where Trump won by less than four percentage points.

Other strategists, however, have noted that the Democrats have not won any of the special elections held so far and that the party still has not crafted a new agenda to tout as its 2018 message.

Emanuel, who spent three terms in the House last decade representing the northern end of Chicago, had recently come under criticism by some liberals for seeming to reject any chance of the Democrats winning back the House next year in the midterms.

“It took us a long time to get this low,” Emanuel told an audience at Stanford University earlier this year. “It ain’t going to happen in 2018. Take a chill pill, man. This is – you got to be in this for the long haul.”

Asked by CNN’s Dana Bash to explain that comment, the Chicago mayor on Sunday criticized the Washington groupthink of making elections “only about Congress” rather than across the state and local level.

Over the past eight years, Democrats went from holding a majority of governor’s mansions to seeing Republicans take over 33 of them. Republicans have complete control of 32 state legislatures, while Democrats control 12 and six are divided.

“You have to have a long horizon, obviously, and work towards that, electing people at the local level, state houses, into Congress,” Emanuel said, declining to predict whether this generation of House Democrats could replicate what happened in 2006.

“Do I think we’re going to have a good year in 2018? Yes. Do I think everything’s going to be solved in a single cycle? That’s not how we got here, and it’s not going to be how we get out.”