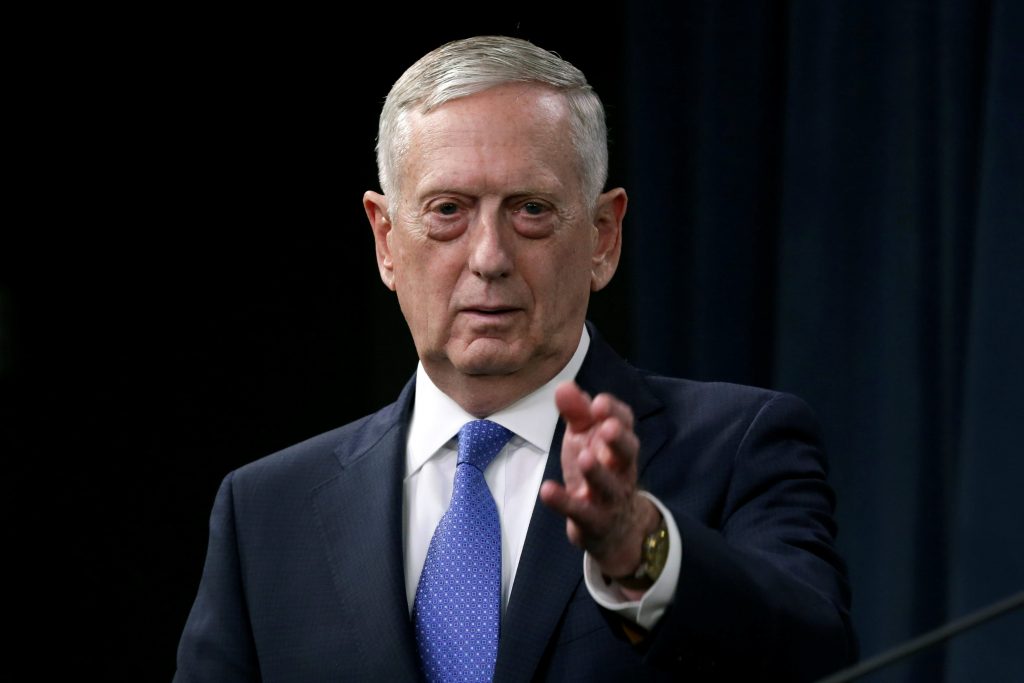 The fight against Islamic State has shifted to stopping potential terrorists going back to their home countries to wreak havoc, Defense Secretary James Mattis said Sunday.

Mattis provided details of the tactical shift he announced at the Pentagon May 19.

“We have already shifted from attrition tactics where we shove them from one position to another in Iraq and Syria,” Mattis said on CBS’s “Face the Nation.” “Our intention is that the foreign fighters do not survive the fight to return home to North Africa, to Europe, to America, to Asia, to Africa.”

The comments followed a week in which the Islamic State claimed responsibility for the May 22 suicide bombing in Manchester, England, that killed 22 people. The alleged bomber was a U.K. citizen of Libyan descent who had recently returned from Libya. Islamic State also said it was behind an attack on Coptic Christians in Egypt, in which 29 people were killed.

“We are going to squash the enemy’s ability to give some indication that they’re –– that they have invulnerability, that they can exist, that they can send people off to Istanbul, to Belgium, to Great Britain and kill people with impunity,” Mattis said.

Asked about the potential for more civilian casualties from the stepped-up attacks, Mattis said such losses “are a fact of life.”

“We do everything humanly possible consistent with military necessity, taking many chances to avoid civilian casualties at all costs,” he said.

Islamic State is now surrounded in Mosul, where Iraqi security forces are moving against them, and Tal Afar, further west toward Iraq’s border with Syria, Mattis said. An effort also has begun to surround them in Raqqa, the capital of Islamic State’s declared caliphate spanning Iraq and Syria.

After Islamic State forces are fully surrounded, “We’ll go in and clean them out,” Mattis said.

He said the U.S. plans to “strip them of any kind of legitimacy” and deny any country from providing Islamic State with any degree of protection, and dry up the group’s fundraising.

President Donald Trump, in a speech last week in Saudi Arabia, during his first foreign trip as president, urged Muslim nations to eradicate terrorism and “send its wicked ideology into oblivion.”

“This is going to be a long fight,” Mattis said. “The problems that we confront are going to lead to an era of frequent skirmishing. We will do it by, with, and through other nations.”