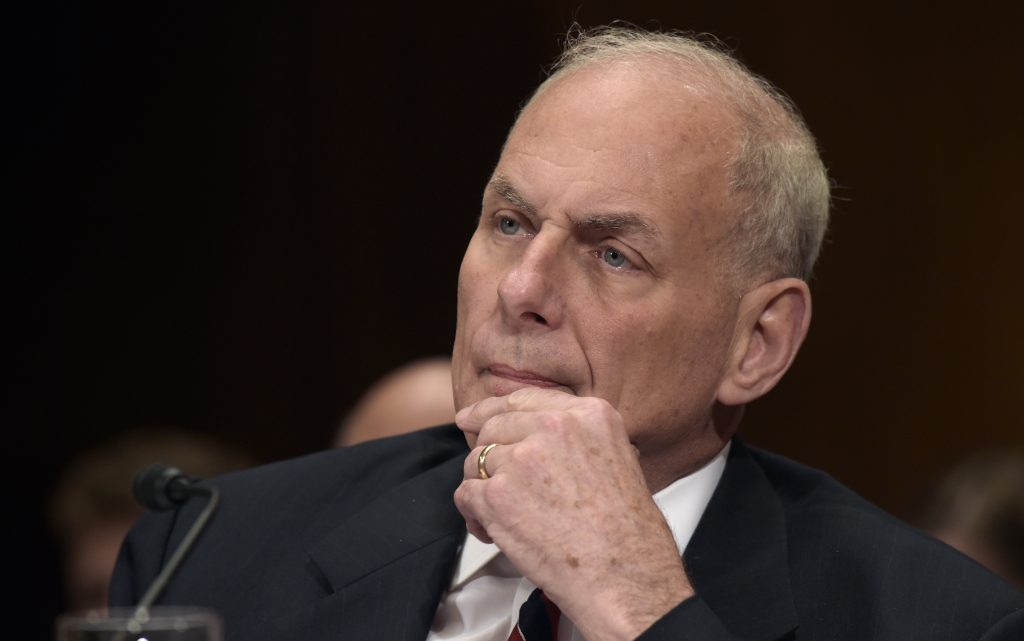 There is nothing inherently wrong with an incoming presidential administration establishing “back channel” communications with a foreign power such as Russia, Secretary of Homeland Security John F. Kelly said Sunday.

Kelly was asked on Fox News on Sunday about reports that President Donald Trump’s son-in-law and adviser, Jared Kushner, sought to set up secret lines of communication with Russian officials before Trump took office.

Kelly did not confirm the reports, but said the principle of establishing secretive contacts during a presidential transition “doesn’t bother me” and is a legitimate means of building relationships.

“I think that any channel of communication, back or otherwise, with a country like Russia is a good thing,” he said.

Kelly did not address a central element of the reports, that Kushner discussed the possibility of using Russian communications channels from a Russian diplomatic outpost to shield from U.S. intelligence surveillance whatever discussions Trump transition officials wanted to have with Moscow.

The FBI, a special counsel and multiple congressional committees are investigating Russian interference in the U.S. presidential campaign last year and whether the Trump camp colluded in it.

In a separate interview on NBC, Kelly defended Kushner’s integrity.

Calling Kushner “a great guy, a decent guy,” Kelly said the president’s son-in-law’s “No. 1 interest, really, is the nation.”

Rep. Adam Schiff, D-Calif., the top Democrat on the House Intelligence Committee, said on ABC Sunday that Kushner should appear before the committee and that his security clearance needs to be reviewed.

Schiff said he “fully” expects that the committee will want Kushner. “If these allegations are true and he had discussions with the Russians about establishing a back channel and didn’t reveal that, that’s a real problem in terms of whether he should maintain” his current level of security clearance, Schiff said.

Schiff said he could neither confirm nor deny the allegations against Kushner, but if they are accurate, “it’s obviously very concerning.”

If the topic of the secret communication was about Syria, that doesn’t mitigate the situation because Russia’s objectives are different from those of the U.S., especially given intelligence that Russia tried to interfere in the U.S. presidential election, Schiff said.

“If American policy was going to change for the wrong reason, that is, as a ‘thank you’ to their intervention in the campaign, obviously that’s very problematic,” he said.