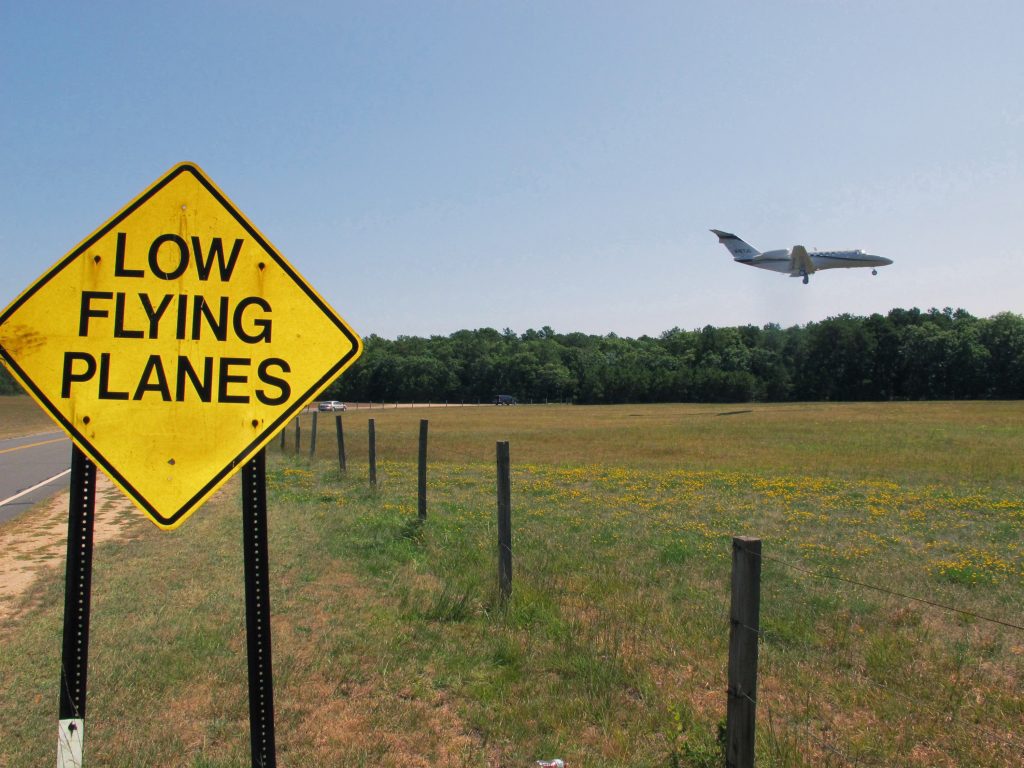 Summer in the Hamptons means fun in the sun and carefree days by the seashore. But for some eastern Long Island residents, the annual arrival of the jet set also brings the thumpety-thump of helicopters and whine of airplane engines.

This season’s aircraft buzz, centered on the tiny municipal airport in East Hampton, could be worse than it has been in years.

Last fall, a federal appeals court struck down nighttime curfews and limits on the frequency of “noisy” flights that town officials had imposed on the East Hampton Airport, which serves as a hub for rich beachgoers zipping in from New York City and points beyond.

The court said only the Federal Aviation Administration has authority to regulate flying hours.

The town asked the U.S. Supreme Court to hear an appeal, but in the meantime, some fed-up Hamptons residents are now saying they want the airport shut down altogether. It’s something Santa Monica, California, decided to do over similar concerns earlier this year.

“The choppers — you can almost feel them coming before you hear them,” says Patricia Currie, a Noyac resident, who lives about 7 miles (11 kilometers) from the airport. “Very slowly, it gets louder and louder. It gives you time to dread the thing. There is a feeling of dread even though you know it’s going to pass.”

Although the airport is located on Long Island’s south shore, about 75 miles (120 kilometers) east of New York City, complaints about aircraft clatter stretch to communities many miles away. Adam Irving, who vacations in Orient on the northeastern tip of Long Island, about 8 miles (13 kilometers) from East Hampton, says low flying helicopters are frequent annoyances.

“The entire eastern end of Long Island has a very low ambient noise environment, so when these things fly over, it is very pronounced,” he said. “The total noise per flyover lasts two-and-a-half to three minutes. First you will feel the low-end bass, then the flop-flop noise. You can feel it in your body and it rattles your walls.”

The town of East Hampton, which said it logged 24,000 complaints from July 4, 2016, through Sept. 30, 2016, thought it had addressed the issue when it enacted laws in 2015 barring flights between 11 p.m. and 8 a.m., and a once-weekly limit on aircraft deemed noisy, according to FAA noise standards, between May and September.

An industry group called Friends of East Hampton Airport fought back in court. The town contended it did not come under FAA regulations because it had stopped receiving any funding from the agency several years ago.

The airport made $2.9 million in landing fees, rentals, leases and other income in 2016 and ended the year with a nearly $600,000 surplus. Income generated by the airport is being used to finance the town’s legal battles, which cost $1.9 million in the past three years, said councilwoman Kathee Burke-Gonzalez.

She said the town is hoping to win its court fight and keep the airport operating with some of the restrictions restored.

Burke-Gonzalez said she is hopeful at least some of the companies that run flights through the airport will voluntarily limit overnight flights. The earliest the airport could close, if that’s what the town decides, would be 2021.

Its challenge of the appellate court ruling and request to have the case heard by the Supreme Court is backed by New York City.

“Responsibility for protecting local residents from aviation noise has historically been shouldered primarily by local, governmental airport proprietors,” the city wrote in a court filing.

The International Municipal Lawyers Association also has filed a brief in support of the town. “We see this as having an impact on municipalities around the country,” said Amanda Kellar, director of legal advocacy.

Earlier this year, the Southern California city of Santa Monica said it would close its airport and replace it with a park by 2028. Residents there raised concerns about noise, air pollution and the risk of planes crashing into neighborhoods.

East Hampton recently retained the law firm that represented Santa Monica in hopes of negotiating restrictions amenable to the FAA.

An FAA spokesman did not comment. Lawyers for Friends of East Hampton Airport didn’t respond to messages.

John Kelly, director of operations for Shoreline Aviation, an operator of seaplanes that use the airport, said his company has made efforts to fly at higher altitudes until it gets close to the airport to reduce noise complaints.

“We’re trying to do what we can to ameliorate the problem,” Kelly said. “We try to alternate routes so the same houses are not continuously being bombarded by noise.”