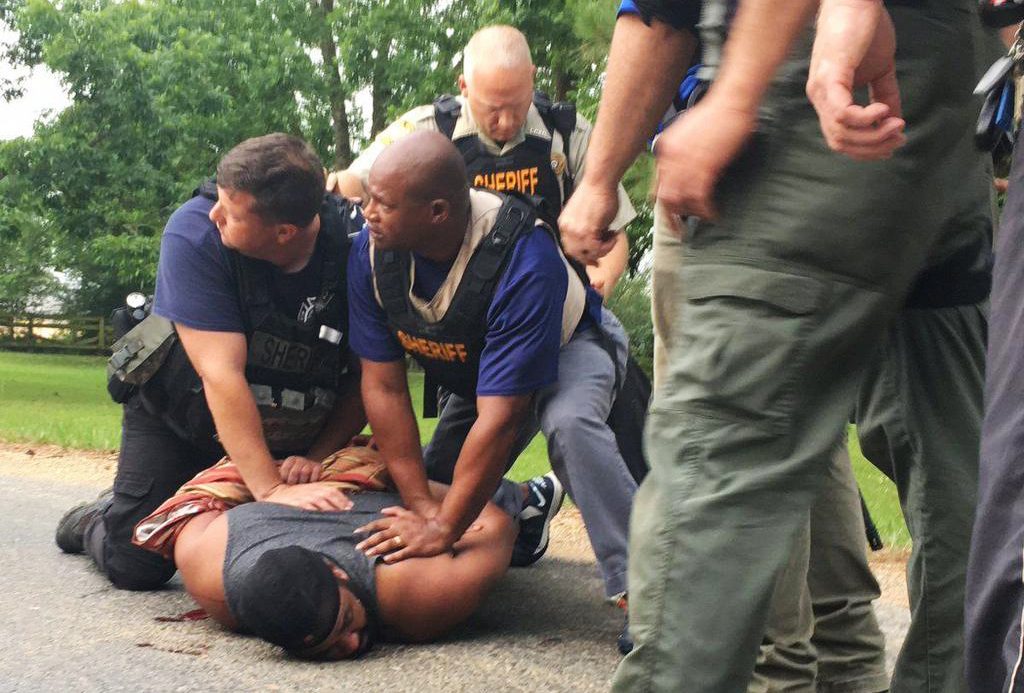 A man who apparently got into a dispute with his wife and in-laws was arrested in a house-to-house shooting rampage in rural Mississippi that left eight people dead, including a sheriff’s deputy.

“I ain’t fit to live, not after what I done,” a handcuffed Willie Corey Godbolt, 35, told The Clarion-Ledger.

The shootings took place at three homes Saturday night — two in Brookhaven and one in Bogue Chitto — about 70 miles south of Jackson, the Mississippi Bureau of Investigation said. The rampage began after authorities got a call about a domestic dispute, investigators said.

The dead included two boys, and Godbolt was being treated for a gunshot wound at a hospital, authorities said. They did not say how he was wounded.

Bureau of Investigation spokesman Warren Strain said charges had yet to be filed and it was too soon to say what the motive was. Authorities gave no details on the relationship between Godbolt and the victims.

However, Godbolt himself shed some light on what happened in a video interview with the newspaper as he sat with his hands cuffed behind his back on the side of a road.

Godbolt said he was talking with his wife and members of her family when somebody called authorities.

“I was having a conversation with her stepdaddy and her mama and her, my wife, about me taking my children home,” he said. “Somebody called the officer, people that didn’t even live at the house. That’s what they do. They intervene.”

“They cost him his life,” he said, apparently referring to the deputy. “I’m sorry.”

The slain deputy was identified as William Durr, 36. The identities of the other victims were not immediately released.

Godbolt said he did not intend for police to capture him alive.

“My intentions was to have G-d kill me. I ran out of bullets,” he said. “Suicide by cop was my intention.”