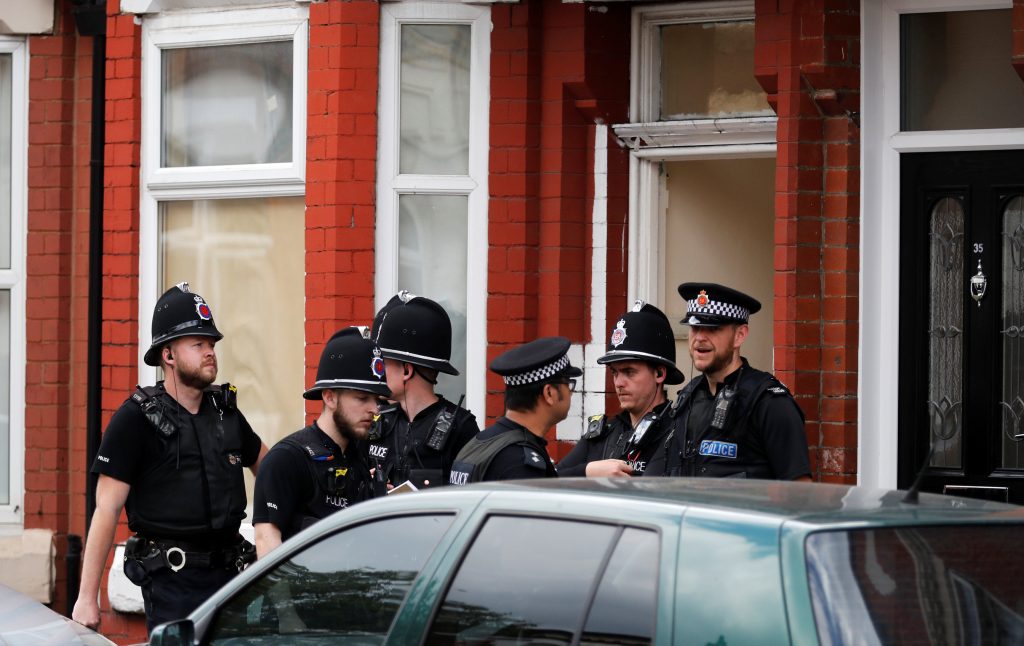 Britain on Saturday reduced its terrorism threat level a notch, from “critical” to “severe,” as authorities said they had made major progress in unraveling the plot behind the Manchester concert bombing.

But police said more arrests were expected, and security was tight across Britain as hundreds of thousands of people attended weekend events.

Police made two more arrests in Manchester on Saturday on suspicion of terrorism offenses, bringing the number of suspects in custody to 11. All are men, aged between 18 and 44. In addition, Manchester bomber Salman Abedi’s father and younger brother are in detention in Libya.

British Prime Minister Theresa May said “a significant amount of police activity” and several arrests had led to the level being lowered. But she urged Britons to remain vigilant and said soldiers would remain at high-profile sites throughout the holiday weekend. The troops will gradually be withdrawn beginning on Monday, she said.

A severe threat means an attack is “highly likely,” according to the scale set by Britain’s Joint Terrorism Analysis Centre. Until it was raised Tuesday, it had stayed at severe since mid-2014.

Assistant Commissioner Mark Rowley, Britain’s top counterterrorism police officer, said authorities have dismantled a “large part” of the network around Abedi, who killed 22 people and wounded dozens in a bombing attack at a concert Monday in Manchester.

But he said there were still “gaps in our understanding” of the plot, as investigators probed Abedi’s potential links to jihadis in Britain, Europe, Libya and the Middle East.

Rowley said the investigation had made “rapid progress,” and police “are getting a greater understanding of the preparation of the bomb.”

Abedi, a 22-year-old Briton of Libyan descent who grew up in Manchester, died in Monday’s explosion.

Police used an explosive device Saturday to get into a property in Manchester to arrest two men, aged 20 and 22. Investigators have searched 17 properties, including Abedi’s home in south Manchester and other houses in nearby districts.

Residents were evacuated from streets in the south Manchester neighborhood of Moss Side in what police called a precaution as one search was carried out Saturday. Photos showed an army bomb-disposal unit at the property.

One search was at an apartment in a Manchester high-rise that British media say was rented by Abedi in the months before the attack.

Britain’s health service said Saturday that 63 people injured in the bombing remained hospitalized, 20 of them in critical condition. A total of 116 people were treated in hospitals after the bombing.

Despite the alert, police have urged people to go out and enjoy themselves over the three-day holiday weekend.

Hundreds of soldiers replaced police at high-profile sites including Buckingham Palace and Parliament, and police armed with submachine guns have been deployed in city centers, transit hubs, tourist areas and at major events.