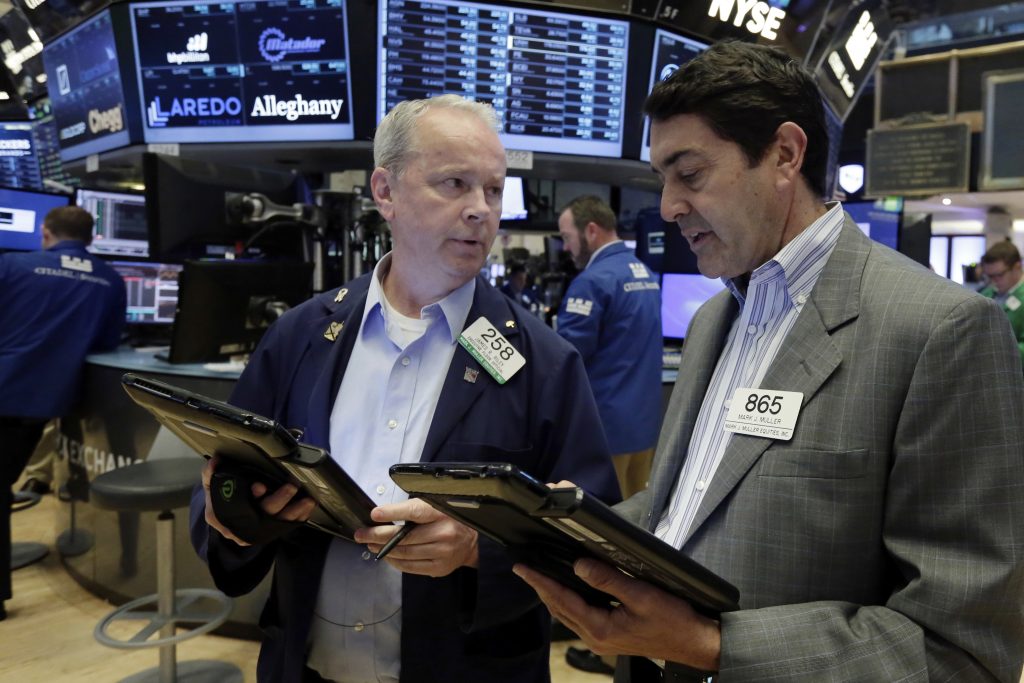 Small-company stocks made huge gains last year following the presidential election, but they haven’t done as well as the rest of the market this year. Investors had hoped that President Donald Trump’s agenda of tax cuts and looser regulations would boost the U.S. economy and help those companies do more business. This year they are still waiting for that to happen.

EARNINGS: Without much major news to move stock prices, investors continued to trade on company reports. Beauty-products retailer Ulta Beauty gained $10.20, or 3.5 percent, to $303.25 after reporting a strong quarter. Competitor Coty picked up 45 cents, or 2.4 percent, to $19.06. That helped household-goods companies rise more than the rest of the market.

Uggs maker Deckers Outdoor turned in earnings that were stronger than expected, and its stock gained $8.37, or 14.8 percent, to $64.94. Costco Wholesale rose $3.13, or 1.8 percent, to $177.86 after the warehouse club had a strong quarter as sales and member payments both increased.

GAME OVER: GameStop’s first-quarter results were stronger than analysts had expected, but sales of wireless devices were weaker than investors had expected. The stock gave up $1.76, or 7.5 percent, to $21.86. Video-game publishers also fell. Activision Blizzard lost 78 cents, or 1.3 percent, to $58.44, and Electronic Arts declined $1.33, or 1.2 percent, to $112.50. That helped pull technology companies lower.

SOOTHED: The VIX, an index that is called Wall Street’s “fear gauge” because it measures how much volatility investors expect to see, fell for the seventh consecutive day. After a huge spike last Wednesday, the VIX is again trading around its lowest levels since 1993. It reached a low of 9.77 on May 8 and was at 9.82 Friday.

OIL: Crude-oil prices inched higher after a sharp drop the day before. Benchmark U.S. crude lost rose 28 cents to $49.18 a barrel in New York. Brent crude, the international standard, rose 15 cents to $51.61 a barrel in London. On Thursday, a group of 24 nations including the OPEC countries agreed to a nine-month extension of a cut in oil production.

Energy companies, which have lagged the market dramatically this year, continued to struggle. The S&P 500’s energy-company index is down 12 percent in 2017, while the broader S&P 500 is up almost 8 percent.

ECONOMY: The Commerce Department said the U.S. economy grew 1.2 percent in the first quarter, which was still weak but better than it had originally estimated. Orders for long-lasting goods fell in April, and a category that tracks business investment fell for the second consecutive month.