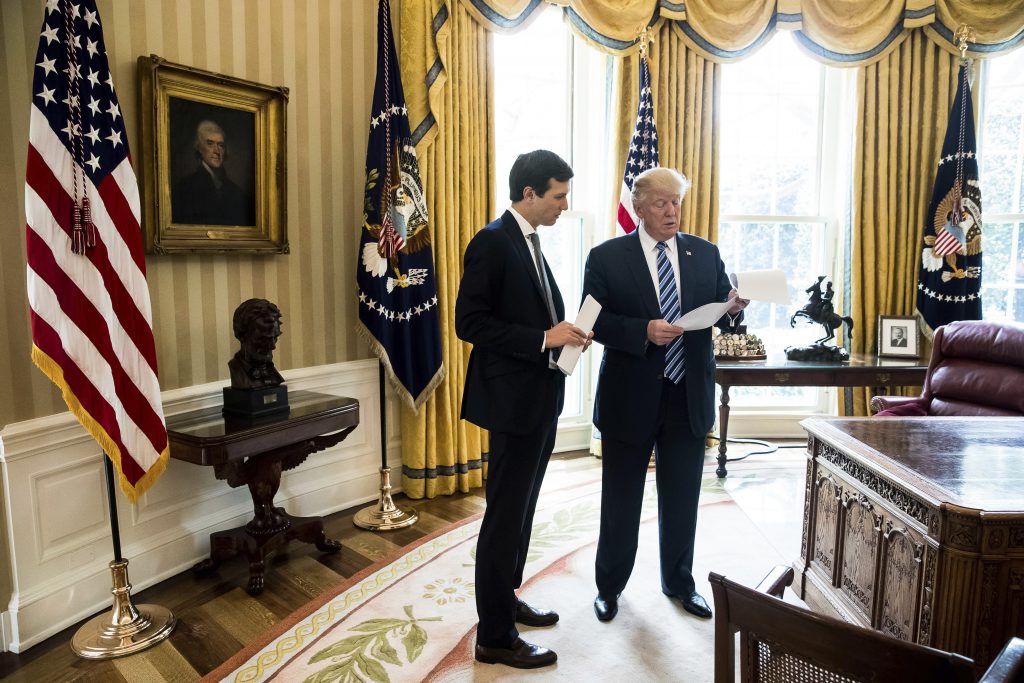 President Donald Trump’s son-in-law, Jared Kushner, is willing to cooperate with federal investigators looking into ties between Russia and the Trump campaign, his attorney said.

The statement from attorney Jamie Gorelick was issued Thursday amid reports that the FBI was investigating meetings Kushner had in December with Russian officials.

“Mr. Kushner previously volunteered to share with Congress what he knows about these meetings. He will do the same if he is contacted in connection with any other inquiry,” the statement said.

Meanwhile, the chairman of the House Oversight Committee asked the FBI to turn over more documents about former Director James Comey’s interactions with the White House and Justice Department, including materials dating back nearly four years to the Obama administration.

The FBI and the Oversight Committee — as well as several other congressional panels — are looking into Russian meddling in the 2016 presidential election and possible connections between Russia and the Trump campaign. President Trump fired Comey May 9 amid questions about the FBI’s investigation, which is now being overseen by special counsel Robert Mueller, a former FBI director.

NBC News and The Washington Post first reported that the FBI’s ongoing investigation includes a look at Kushner, which would place the probe inside the White House.

The Post story cited anonymous “people familiar with the investigation,” who said the FBI investigation does not mean that Jared Kushner is suspected of a crime.

In a letter to Director McCabe, Rep. Chaffetz said he is seeking to review Dirctor Comey’s memos and other written materials so he can “better understand” Comey’s communications with the White House and attorney general’s office.

Chaffetz, R-Utah, previously requested former  Director Comey’s recent memos about his private contacts with President Trump. But the Bureau told him Thursday it could not yet turn them over because of Mr. Mueller’s probe.

Rep. Chaffetz, who said last week he has his “subpoena pen” ready to force Comey or the FBI to turn over the documents, told Director McCabe that “Congress and the American public have a right and a duty to examine this issue independently of the special counsel’s investigation.”

He added, in a thinly veiled threat, “I trust and hope you understand this and make the right decision — to produce these documents to the committee immediately and on a voluntary basis.”

Rep. Chaffetz’s letter comes a month before he is scheduled to leave office after abruptly announcing his resignation earlier this year. He canceled a hearing scheduled Wednesday after former Director Comey declined to testify.

Assistant FBI Director Gregory Brower told Rep. Chaffetz on Thursday that the agency is evaluating his request and will update him as soon as possible.

Some Republican members of Congress have pressured Mr. Chaffetz to step down from the Comey probe, saying it should be led by someone who will remain in Congress.