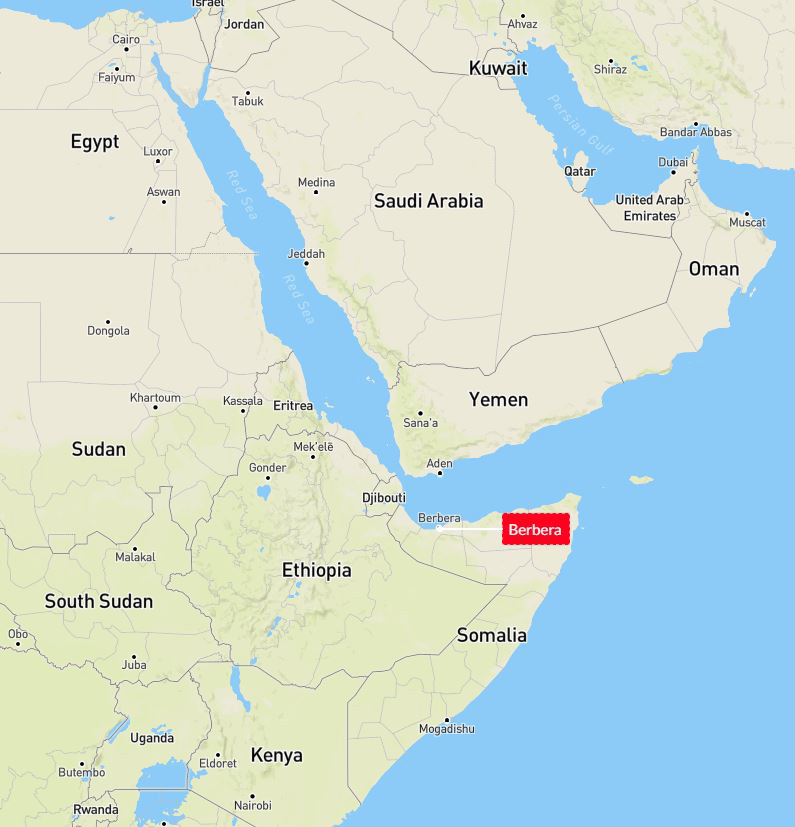 A proposed United Arab Emirates (UAE) base in semi-autonomous northern Somalia may add a naval facility to a military airport, extending the Arab nation’s reach on the Horn of Africa coastline, a Somali official said.

The UAE has leased the airport in the Somaliland port town of Berbera for 25 years and is still negotiating terms of use, Somaliland Foreign Minister Saad Ali Shire said in an interview. Berbera is located on the Gulf of Aden, about 260 kilometers (162 miles) south of Yemen, where U.A.E. troops in a Saudi Arabia-led coalition are battling Houthi rebels, and on the approach to the Bab el-Mandeb, a choke-point in global shipping that gives tankers access to the Red Sea and Suez Canal.

“It will be like any other base in the world,” Shire said by phone. “They’ll use it as a sort of surveillance facility, a training facility, and sometimes as an operational facility.” An official at the UAE’s Ministry of Foreign Affairs didn’t respond to requests for comment.

Famed for its financial allure and skyscrapers, the UAE is increasingly flexing its military and diplomatic muscle as traditional Arab powers are mired in war or political turmoil. Since 2014, in addition to its Yemen intervention, the UAE has backed the U.S. campaign against Islamic State militants in Syria and reportedly launched air strikes against Islamist fighters in Libya.

The proposed Somaliland base could be the UAE’s second in Africa, after reports of one being established in Eritrea, the secretive state that sits on the Bab el-Mandeb and which a United Nations monitoring group says supports the Saudi coalition’s Yemen war. The Berbera airport was variously used by the Soviet Union and U.S. during the Cold War, when Somalia’s loyalty shifted between the two world powers.

“The UAE armed forces in general can use the base” at Berbera, with the preliminary agreement placing no limits on the operations they can carry out, according to Shire. The non-public pact stipulates that the Emirates’ air force alone can use the airport, not any of its allies, he said.

A summary of the pact, containing its “principles and fundamentals,” has been approved by Somaliland’s parliament, according to Shire. London-based lawyers Simmons & Simmons, who didn’t respond to two emailed requests for comment, have been retained by Somaliland to “work on the details on the use of the base,” Shire said. He said the UAE has retained its own lawyers, which he wouldn’t identify.

“The base will start from the airport,” senior presidential economic adviser Ahmed Hassan Arwo said by phone from Hargeisa, Somaliland’s main city. “Later on, if they have need for a naval base, they can do this extension; but it will be negotiated.”

Somaliland declared independence from Somalia in 1991 but is not recognized as a sovereign state.

The U.N. Monitoring Group on Somalia and Eritrea said in October that satellite imagery taken between September 2015 and at least a year later showed construction of a new port adjacent to Eritrea’s Assab International Airport, about 236 miles northwest of Berbera.

Over that period, a vessel owned by the Abu Dhabi-based National Marine Dredging Co. frequented Assab, the report said, citing automatic tracking data. It also documented “rapid construction” of what “appears to be a military base” at the southeastern end of the airport and said imagery between April and May 2016 showed tanks and artillery in the compound.

The U.N. monitors said in an October 2015 report that the Saudi-led coalition fighting in Yemen “may be offering” Eritrea monetary compensation for the use of its land, airspace and territorial waters. Shire said the UAE military base at Assab consists of an airport and a naval facility.

Eritrean President Isaias Afwerki visited the UAE in January and held talks on “advancing bilateral ties to new heights,” according to the Eritrean Information Ministry’s website. Saudi Arabia’s declaration that it will “combat terrorism” is “something that has to be supported without preconditions.” Isaias said in an interview published February 2016 on the same website.

Giving no details and not mentioning any use of Eritrean territory, Isaias said “the level of contribution might differ in terms of power and resources, but the need for cooperation is timely.”