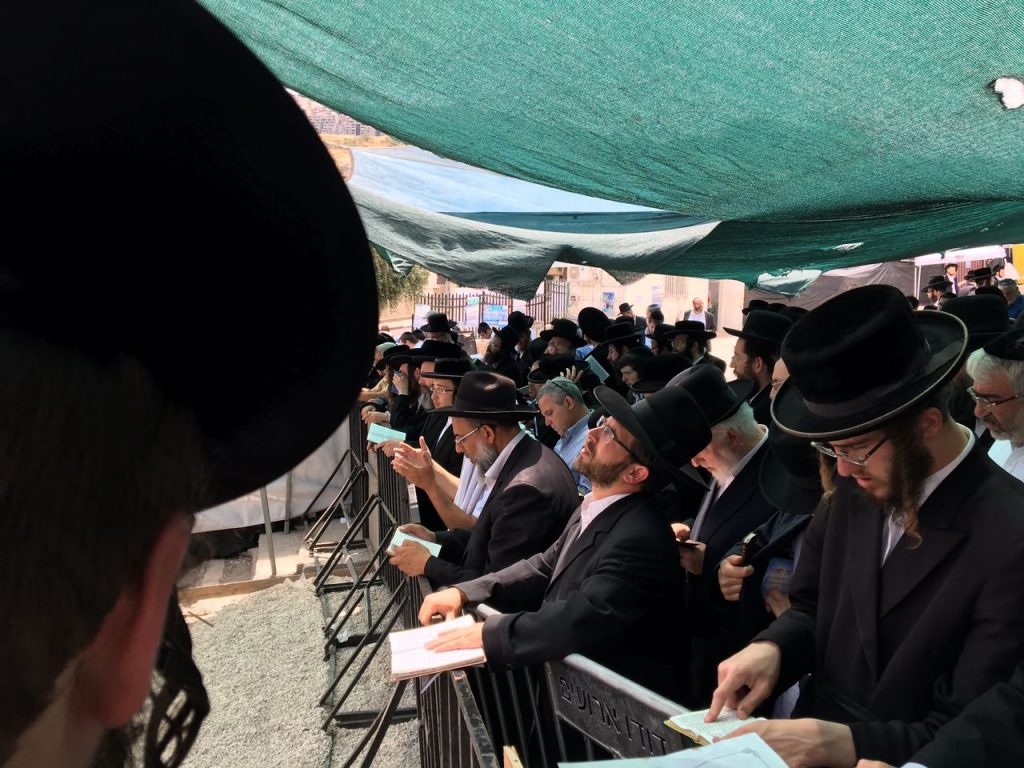 Thursday, Erev Rosh Chodesh Sivan, is an auspicious day, noted as the day to recite the special tefillah of the Shelah Hakadosh for hatzlachah and nachas from one’s children. Thousands traveled to Teveria to recited the tefillah at the kever of the Shelah.

Many buses were added to accommodate the large crowds.

The Gedolim wrote that although there is a great hisorerus among Torah Jews to take all necessary measures in response to this grave spiritual threat, the shattered cries of the relatives of those who have fallen victim to this danger — men and women of all ages — are still being heard, and we are obligated to plead to Hashem about this grave nisayon.

The kol korei points out that it is known that every Erev Rosh Chodesh — and Erev Rosh Chodesh Sivan in particular — is a most propitious time to be mispallel that our children and descendants should go in the ways of Hashem, and urged that pirkei Tehillim be recited in public, every kehillah according to their own customs.