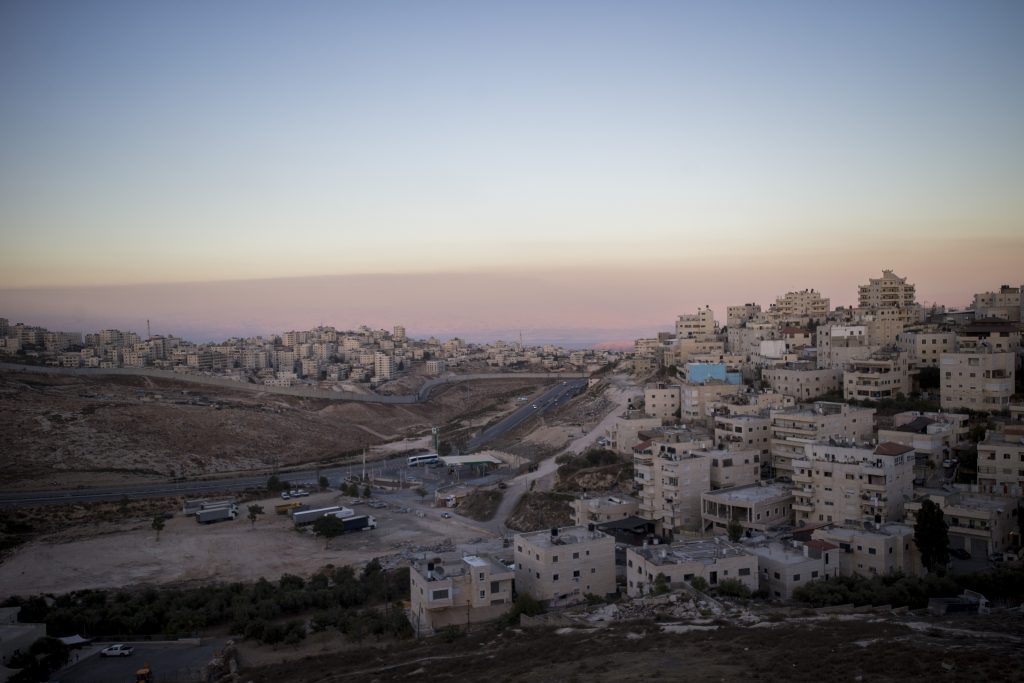 A proposal to transfer parts of Arab eastern Yerushalayim to the administrative control of the Palestinian Authority has reportedly come under serious consideration, as a result of pressure from the United States.

News of the plan follows a package of Israeli economic incentives approved early last week, but which satisfied neither the Palestinians nor the Americans, according to local Israeli media reports.

The eastern Yerushalayim proposal could reflect what Secretary of State Rex Tillerson referred to as President Trump applying a lot of pressure on both sides to make compromises necessary for peace.

The areas said to be in question include Kafr Aqab and the Shuafat refugee camp, both of which are located on the Palestinian side of the security barrier and lack municipal services. They contain an estimated one-eighth of the city’s population.

Israel’s National Security Council is considering transferring control of the two neighborhoods from the Yerushalayim Municipality to a local council to be created for the purpose. The areas would remain under Israeli authority and receive funding for municipal services directly from the state rather than through the municipality, according to the report.

In a separate report on Thursday, Israeli Prime Minister Binyamin Netanyahu received a detailed report from MK Anat Berko (Likud) on splitting off parts of Arab eastern Yerushalayim, to be handed over to the Palestinians for day-to-day operations. The plan envisaged a total administrative disconnect, including revocation of Israeli citizenship from local residents, which would result in the saving of hundreds of millions of shekels.

Berko, who had led a team preparing the presentation for months, came equipped with a detailed map, aerial photographs and groundwork, according to The Jerusalem Post. Netanyahu, who met with her on the matter several times, was said to be duly impressed by the highly professional work submitted.

However, the Prime Minister’s Office would say only, “There is no change in the prime minister’s policy. MK Berko suggested a plan and the prime minister heard it, like he listens to suggestions by other MK’s. The policy has not changed.”