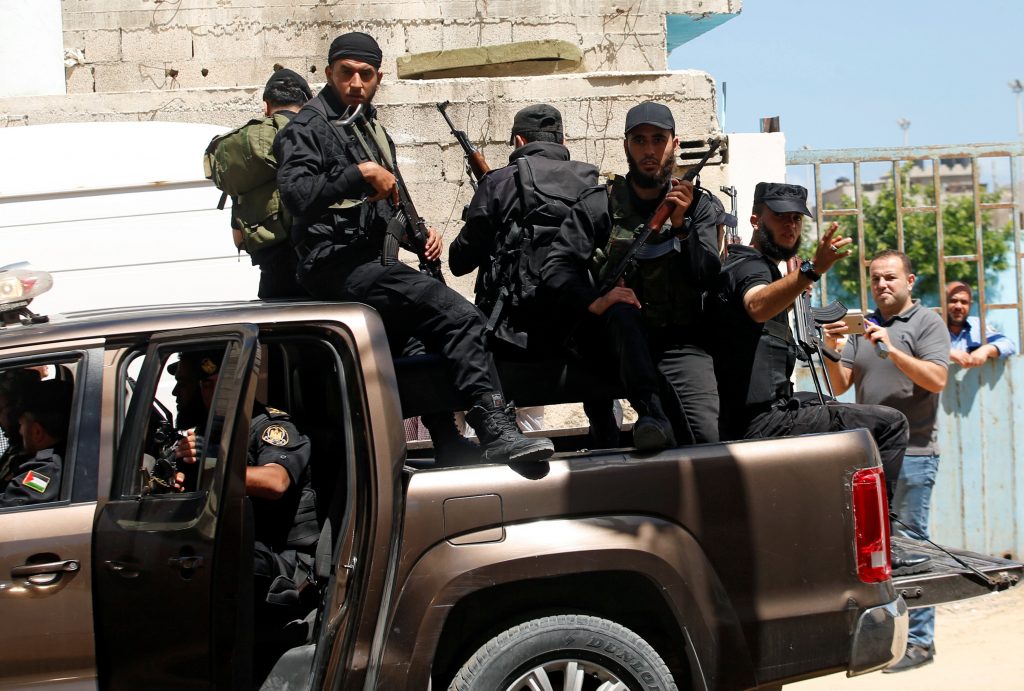 Hamas says it has put to death three men accused of killing a senior member of the Islamic terrorist group that rules Gaza in March.

Hamas’ interior ministry said Thursday that two men were hanged and one was killed by firing squad Thursday.

The death of Mazen Faqha, a shadowy senior figure in Hamas’ military wing, shocked Hamas, which has ruled Gaza with an iron fist for the past decade.

Faqha, 38, was killed in the garage of his apartment building in March after dropping off his family. Hamas said the killer used a weapon with a silencer, allowing him to escape undetected.

Hamas accused Israel of killing him through collaborators and launched a manhunt.

Earlier this month, the group announced that it arrested 45 alleged collaborators with Israel, including three purportedly involved in killing Faqha.