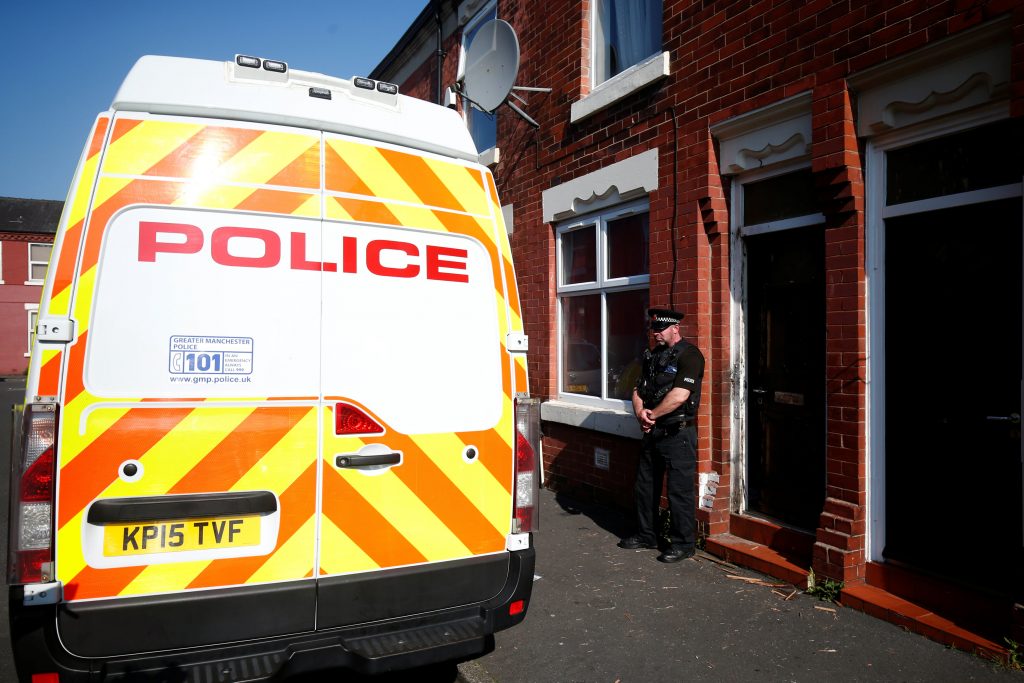 Police arrested two more people and on Thursday were searching a new site in Manchester suspected of links to the bombing that killed 22 people at a concert, as British authorities complained bitterly about investigation leaks by U.S. officials.

Prime Minister Theresa May is expected to raise the issue of the leaks with President Donald Trump in Brussels later. British officials are particularly angry that photos detailing evidence about the bomb used in the attack were published in the New York Times.

Greater Manchester Police released a statement condemning the leaks on behalf of the National Counter-Terrorism Policing units that suggested a severe rupture in trust between Britain and the United States, who have traditionally shared intelligence at the highest levels.

“When the trust is breached it undermines these relationships, and undermines our investigations and the confidence of victims, witnesses and their family,” the group said.

“This damage is even greater when it involves unauthorized disclosure of potential evidence in the middle of a major counterterrorism investigation.”

Police and security services are also upset that the name of bomber Salman Abedi was leaked by U.S. officials and published while police in Britain were withholding the name for what they said were reasons of operational security.

Home Secretary Amber Rudd complained the leaks could cost police “the element of surprise” in their bid to prevent future attacks.

Police are rushing to uncover the network thought to have helped Abedi in the attack.

Greater Manchester Police say two men were arrested overnight in Manchester and in the Withington area in the south of the city.

Eight men have now been detained in connection with Monday’s attack. A woman was arrested late Wednesday but was later released without charge.

Officers also raided a property in the Moss Side area of the city early Thursday and carried out a controlled explosion.

With Britain’s terrorism threat level at “critical,” meaning a new attack may be imminent, police are working around the clock to try to deter another atrocity.

A German security official told The Associated Press on Thursday that the report was accurate. The official spoke on condition of anonymity because the information hadn’t been cleared for public release.

Focus reported that German authorities are now trying to determine whether Abedi had contact with Islamic terrorists in Germany before flying to Manchester last week. It says he previously flew from Frankfurt to Britain in 2015.

The magazine also reported that British police informed their German counterparts that Abedi had received paramilitary training in Syria.

The bomber’s father, Ramadan Abedi insisted in an interview with The Associated Press that Salman had no links to terrorists, saying, “We don’t believe in killing innocents.”

He and another of his sons, Hashim, were taken into custody Wednesday in the Libyan city of Tripoli.