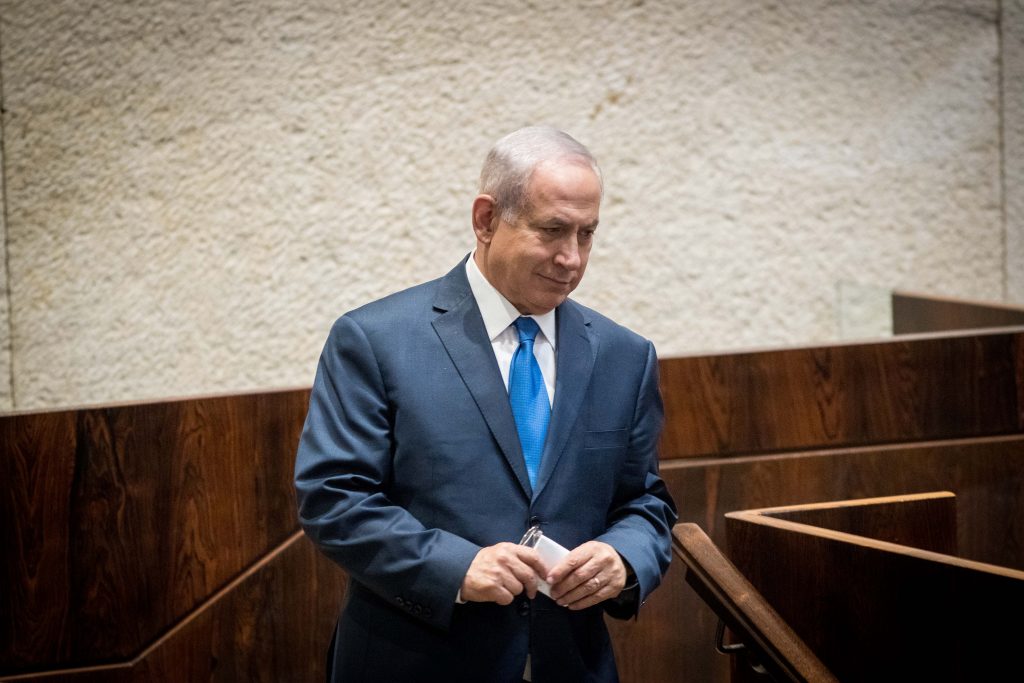 As anxiety over the massive U.S.-Saudi arms deal surfaced in Israel on Wednesday, Prime Minister Binyamin Netanyahu disclosed that Washington has at the same time added significantly to Israel’s own military aid package.

Netanyahu told the Knesset that “three days ago, the U.S. added $75 million to defense aid.” That sum will supplement aid for this fiscal year. The 10-year deal, agreed under then-president Barack Obama starting next year, will raise military assistance to Israel to $3.8 billion annually.

It was not immediately known whether the supplement will do much to reassure Defense Minister Avigdor Liberman, who shared his concern with Army Radio on Wednesday.

“I’m not at peace with any arms race and the huge Saudi purchase for sure doesn’t add much to our peace of mind,” he said in an interview.

“I’m not at peace with the whole arms race in the Middle East,” he added. “It’s not just the Saudis, it’s also the Emirates, also the Qataris, also the Iranians; they are all acquiring weapons.”

“Weapons deals in the Middle East just in 2016 reached $215-216 billion and this is no small sum,” Lieberman said. The Saudi agreeement just signed in Riyadh was for $110 billion over 10 years.

“It needs to be understood that there is a crazy arms race going on, the amount of arms all the players in the region are acquiring and the desire to produce weapons in places like Yemen and Lebanon.”

Liberman’s comments were the first of any Israeli senior official on the Saudi deal.

The White House said that in talks with Netanyahu in Yerushalayim on Monday, “President Trump underscored the United States’ ironclad commitment to Israel’s security, including to the maintenance of Israel’s qualitative military edge.”