Israel More Than a Third of Yerushalayim Jews Are Chareidi, Numbers Show
Israel 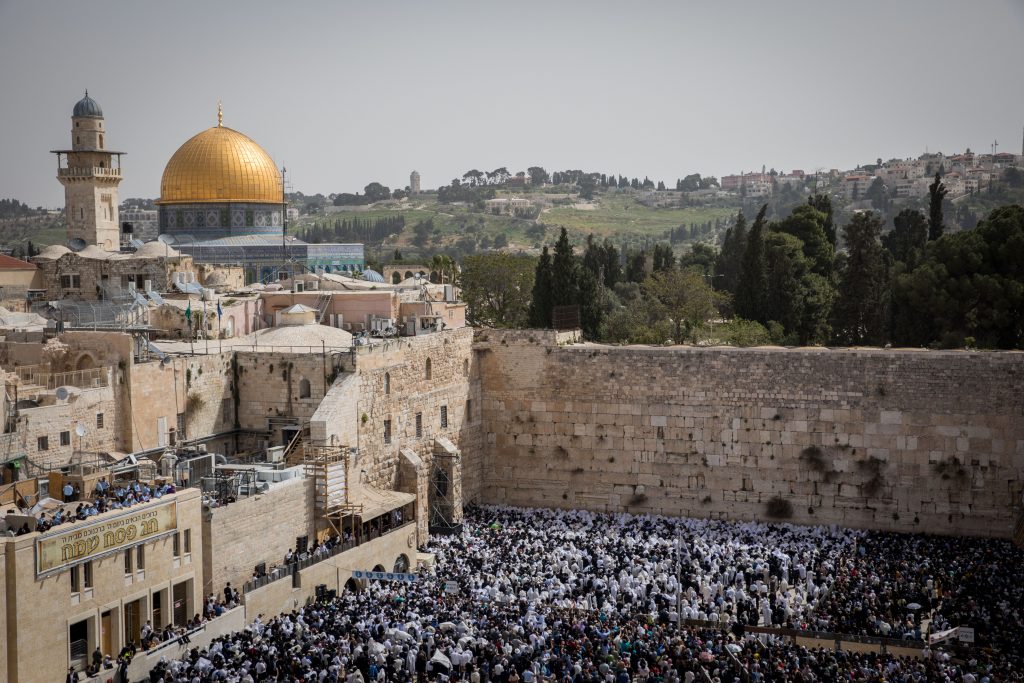 On the 50th anniversary of the liberation of Yerushalayim in the 1967 Six Day War, there were 883,000 people living in the city, making Yerushalayim Israel’s largest city – and 10 times larger than its population in 1948. Of the current population, 63 percent were Jewish and 37 percent were Arabs.

Of the Jewish population, 35 percent of those aged 20 and older considered themselves to be part of the chareidi community, according to the numbers culled by the Population Registry in advance of Jerusalem Day (Yom Yerushalayim) this week. Nineteen percent called themselves observant but not chareidi – easily making religious Jews the majority in Yerushalayim.

The city’s net reverse-migration also continues, the numbers show. In 2015, the last year that full figures were available for, 18,100 people left Yerushalayim, but they were replaced by only 10,300 migrants to the city. Among Jews, the favorite destinations were Beit Shemesh, Tel Aviv, Modi’in and Givat Ze’ev. The majority of those who left, according to polls, did so because of the high housing prices in the city, officials in the city government told Channel Ten.