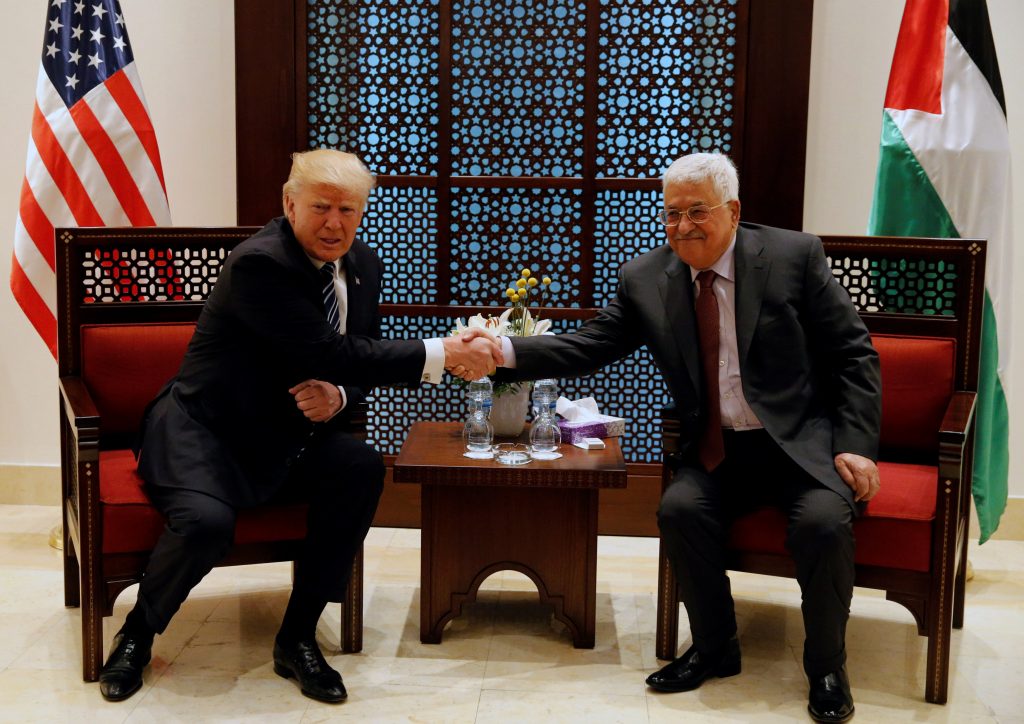 Although he gave no hint of such a program in his speeches in Beit Lechem or Yerushalayim, U.S. President Donald Trump is developing a “road map” peace plan, with specific goals and timetables for achieving them. The plan, according to a report in the London-based Al Hayat daily newspaper, will be officially announced in the coming weeks.

The report quoted a source in the Trump administration as saying that the plan was finalized between PA chief Mahmoud Abbas and President Trump when the two met in Beit Lechem on Tuesday. The discussions will encompass all the major issues, including the fate of Yerushalayim, and aim for a comprehensive, single settlement, instead of a temporary deal that would require further negotiations.

The new plan, said the report, differs from others in that the negotiations will discuss specific issues separately, with some likely easier to achieve, and others more difficult. The hope is that the trust built between both sides on the smaller issues will influence the larger ones, thus facilitating the emergence of a “grand deal.” The sources quoted in the report said that President Trump believed, based on his business experience, that this would be the best way to approach the problem.

In his remarks in Beit Lechem, President Trump said that he was “committed to trying to achieve a peace agreement between the Israelis and the Palestinians, and I intend to do everything I can to help them achieve that goal. President Abbas assures me he is ready to work toward that goal in good faith. And Prime Minister Netanyahu has promised the same. I look forward to working with these leaders toward a lasting peace.”