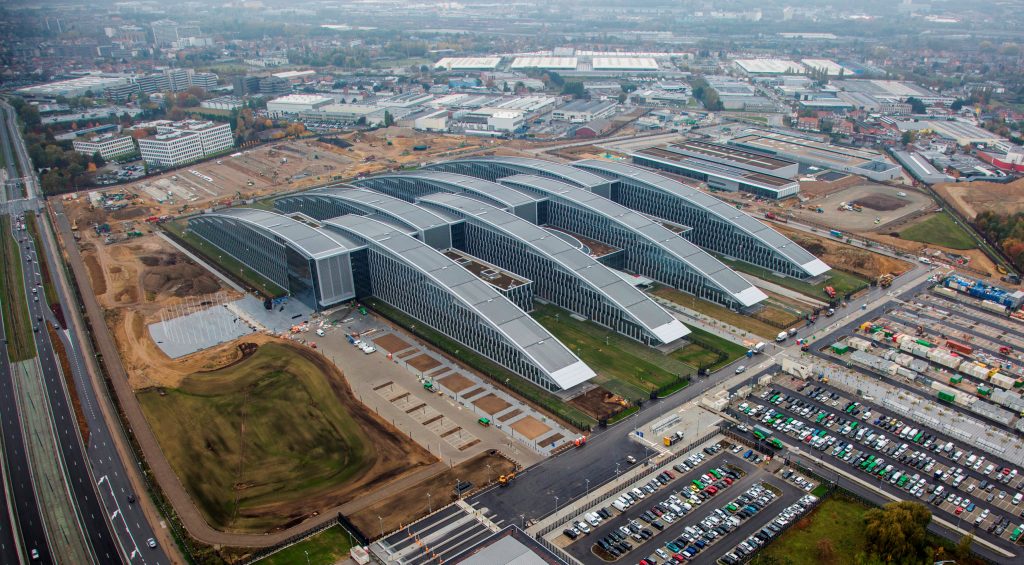 NATO is not only rolling out the red carpet for President Donald Trump in Brussels Thursday, the military alliance — which Mr. Trump once declared obsolete — has been busy repackaging its image and is ready to unveil a new headquarters worth more than one billion euros.

In recent months, member nations have strained to show they are ramping up defense spending as Mr. Trump has demanded, even though they have been doing so for a few years in response to an aggressive Russia. And while they agree with the chief of the alliance’s most powerful member that NATO can do more to fight terrorism, they say it can be achieved with more of the same; training and mentoring troops in Afghanistan, and equipping local forces in Iraq so they can better fight the Islamic State terrorist group themselves.

“They’ll only talk about what he cares about, so really he should come out of this meeting feeling as though NATO responds to him,” said Kristine Berzina, NATO analyst at the German Marshall Fund think tank. “At least that’s what they hope here.”

Indeed, the NATO leaders will agree to join the 68-nation international coalition fighting IS, after Germany and France were no longer raising any objections about announcing the decision on Thursday.

The move is symbolically important, especially since the group claimed responsibility Tuesday for a deadly explosion at a concert in Manchester, England.

An anti-terror coordinator may also be named, but most changes will be cosmetic, as NATO allies have no intention of going to war against IS.

“It’s totally out of the question for NATO to engage in any combat operations,” NATO Secretary-General Jens Stoltenberg said Wednesday, on the eve of the meeting.

The 28 member nations, plus soon-to-join Montenegro, will renew an old vow to move toward spending 2 percent of their gross domestic product on defense by 2024. Still, many are skeptical about this arbitrary bottom line that takes no account of effective military spending where it’s needed most. Germany would have to virtually double its military budget and spend more than Russia.

Putting some meat on the pledge, the leaders will agree to prepare action plans by the end of the year, plotting how to reach 2 percent over the next seven years, and show how they will use the money and contribute troops to NATO operations.

Only five members currently meet the target: Britain, Estonia, debt-laden Greece, Poland and the United States, which spends more on defense than all the other allies combined.

“It’s not fair that we’re paying close to 4 percent and other countries that are more directly affected are paying 1 percent when they’re supposed to be paying 2 percent,” Mr. Trump told the Associated Press in an interview last month.

Tomas Valasek from the Carnegie Europe think tank says the president’s demands on overdue debts have shaken up the other allies.

“Trump has challenged the idea that active engagement in Europe is a core U.S. interest,” Valasek said. “He appears to regard all foreign relations as zero-sum transactions, in which each contribution to someone else’s security represents a net loss to the United States.”

The Europeans, Valasek said, should respond in two ways: “In the short term, focus on preventing the president from abandoning the alliance and, in the long term, prepare to assume a bigger role in defending the European continent.”

The short working-dinner meeting will be high on symbolism. At the entry to the new premises — a village-sized complex that should be in full use early next year — Messrs. Trump and Stoltenberg will unveil a piece of the World Trade Center.

After the September 11, 2001, attacks in the United States, NATO activated its collective defense clause for the first and only time, with member nations pledging to help their beleaguered ally.

Stoltenberg and German Chancellor Angela Merkel will also unveil a part of the Berlin Wall that once divided East and West Germany.

But the ceremonies and symbolism will do little to hide the divisions running through NATO. Mr. Trump wants more from the alliance, while countries such as Poland, Lithuania, Latvia and Estonia want iron-clad assurances that they won’t be left alone should Russia cross their borders.

Yet it’s a subject that is almost taboo at NATO headquarters; a national affair to be dealt with internally.

Tensions have also mounted between Pres. Erdogan and Chancellor Merkel since Germany offered asylum to some of the officers. Belgium has publicly warned against any pro-Erdogan rallies during his visit.

Outside the heavily guarded security perimeter near the city’s airport and in downtown Brussels, peace groups have planned rallies of their own.

But, as the Manchester bombing remains fresh in mind, Belgium will remain on security Level 3 — meaning that the threat of an terrorist attack “is possible and likely” — as it has been since the suicide-bomb attacks on the Brussels airport and subway killed 32 people last year.