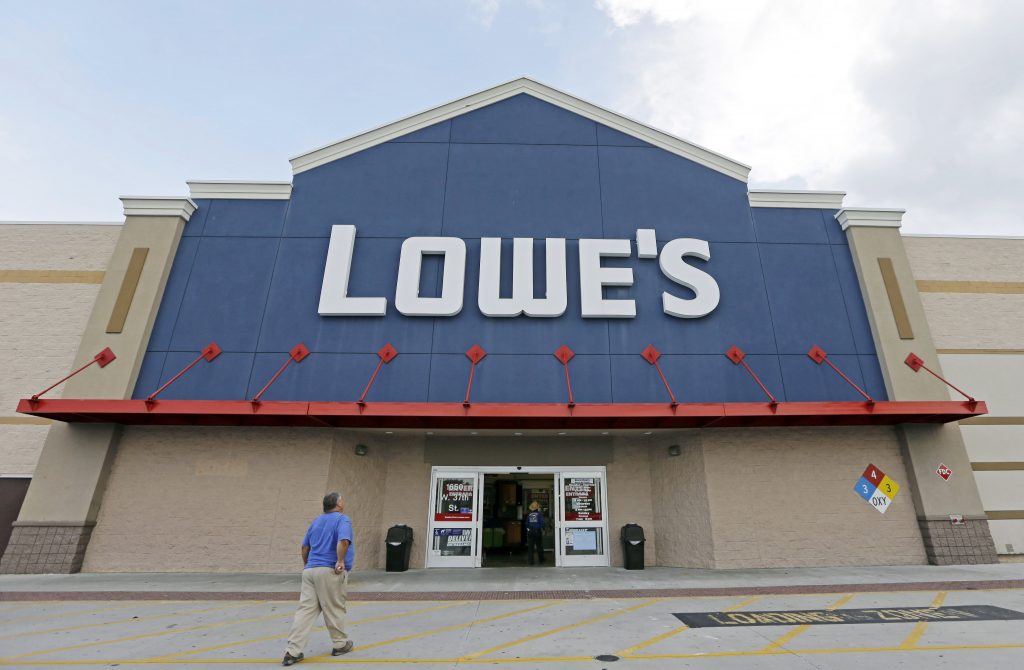 Shares of Lowe’s Cos. plunged 3 percent Wednesday as the home-improvement retailer reported first-quarter earnings and sales that fell below Wall Street expectations.

Lowe’s disappointing results come at a time when it has been working to catch up to its larger rival, Home Depot, which reported better-than-expected first-quarter earnings last week. Lowe’s, headquartered outside Charlotte, has been working to close the gap by improving offerings to its lucrative professional customer base and through cost-saving efforts such as layoffs at the corporate and store level.

Thanks to rising home values and an improved job market that has emboldened customers to spend more, home improvement has consistently been a sector that has outperformed traditional retail, which has felt the pinch from e-commerce competition like Amazon.

But the economic tailwind hasn’t been enough to boost Lowe’s as it has Atlanta-based Home Depot. Last week, Home Depot posted profit and revenue figures that topped Wall Street expectations, thanks to increased spending by customers who are investing more on gardening projects and big-ticket items.

For the three months that ended May 5, Lowe’s reported earnings of $602 million, down from $884 million in the same period a year ago. On an adjusted basis, earnings per share came to $1.06, short of the Zacks Investment Research estimate of $1.07 a share. Lowe’s said sales for the quarter totaled $16.86 billion, short of the Wall Street estimate of $17.04 billion.

“A solid macroeconomic backdrop, combined with our project expertise, drove above average performance in indoor projects. We also continued to advance our sales to pro customers, delivering another quarter of comparable sales growth well above the company average,” Lowe’s CEO Robert Niblock said in a statement.

Lowe’s has been working to grow its base of professional customers, such as contractors, who reliably and frequently place larger-than-average orders. As part of that goal, Lowe’s last week announced it is acquiring a Houston company called Maintenance Supply Headquarters for $512 million.