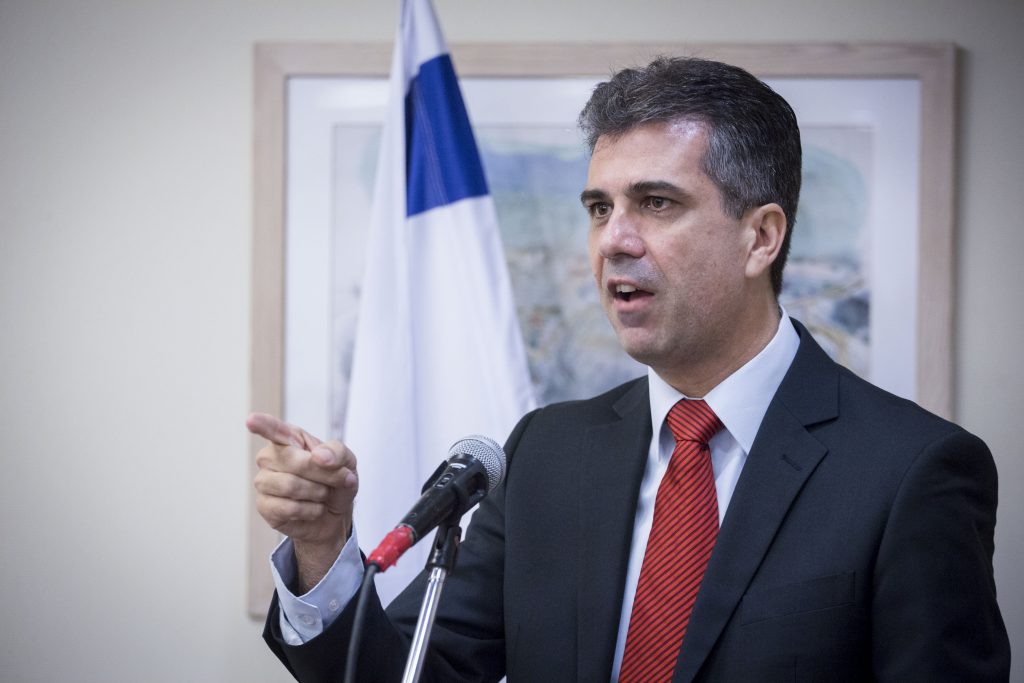 With U.S. President Donald Trump determined to bring jobs back to the United States, Israeli exporters – and especially high-tech exporters – have expressed concern that their businesses could be harmed, as the U.S. is a prime export market for many of them. Those concerns were a major theme of a meeting between Israel’s Economy Minister, Eli Cohen, and White House Economic Advisor Gary Cohn (no apparent relation). Cohn met with the Israeli minister Tuesday, before leaving for Rome with President Trump at the conclusion of the visit of the president and his large American delegation to Israel.

The meeting was closed to press coverage, but in a statement after the meeting, Cohen said that his American counterpart told him that the U.S. would continue to respect all trade agreements with Israel, and any decisions that are made on economic policy and imports that would affect Israel will take into consideration those agreements.” In a statement, Cohen’s office said that the two had agreed to continue efforts to encourage investment in both countries, especially in research development.

The U.S. is Israel’s largest trading partner, and runs a deficit of nearly $10 billion in its economic relations with Israel. In 2016, Israel exported $17.6 billion in goods and services to the U.S., while importing $8.1 billion. Speaking at his meeting with President Reuven Rivlin Monday, Trump said that “already our two countries do a great deal of business together. We have a strong foundation on which to build an even closer trading relationship that benefits both of our countries,” and then said that he hoped to balance the trade between the two companies more equitably, quipping to Rivlin that he wanted to “narrow the trade deficit just a little bit, is that okay?”