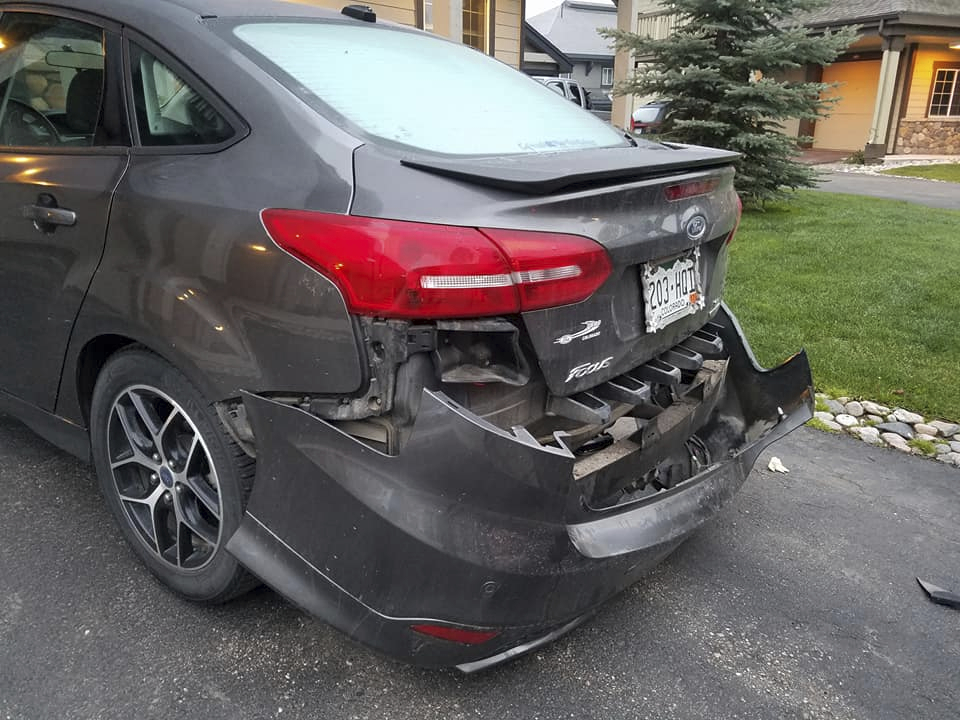 A bear with a sweet tooth ripped off the bumper of a car used to deliver doughnuts in Colorado, then tried to claw its way through the trunk to get inside.

Moose Watch Cafe owner Kim Robertson said she and her husband discovered the bumper-less car after they awoke Monday in Steamboat Springs.

They initially thought it had been struck by another vehicle. Then they saw the telltale claw and paw marks.

“That car just constantly smells like a rolling bakery,” she said. “It’s like Winnie the Pooh with honey.”

There were no doughnuts at the time in the Ford Focus, but there were some sweet-smelling aprons.

After ripping off the bumper, the bear made a valiant attempt at clawing away the insulation in the trunk to get at the sweet smell inside, Robertson said.

Police officer John McCartin told The Steamboat Pilot & Today newspaper that he smelled doughnuts while standing outside the damaged vehicle.

“I guess if anyone is an expert about this, it’s us,” he joked.

Bears are a common sight in the Colorado ski town. Robertson said she sees several bears a year.

In honor of the bear that snatched the bumper, the Moose Watch Cafe is offering an appropriate treat: bear claws.