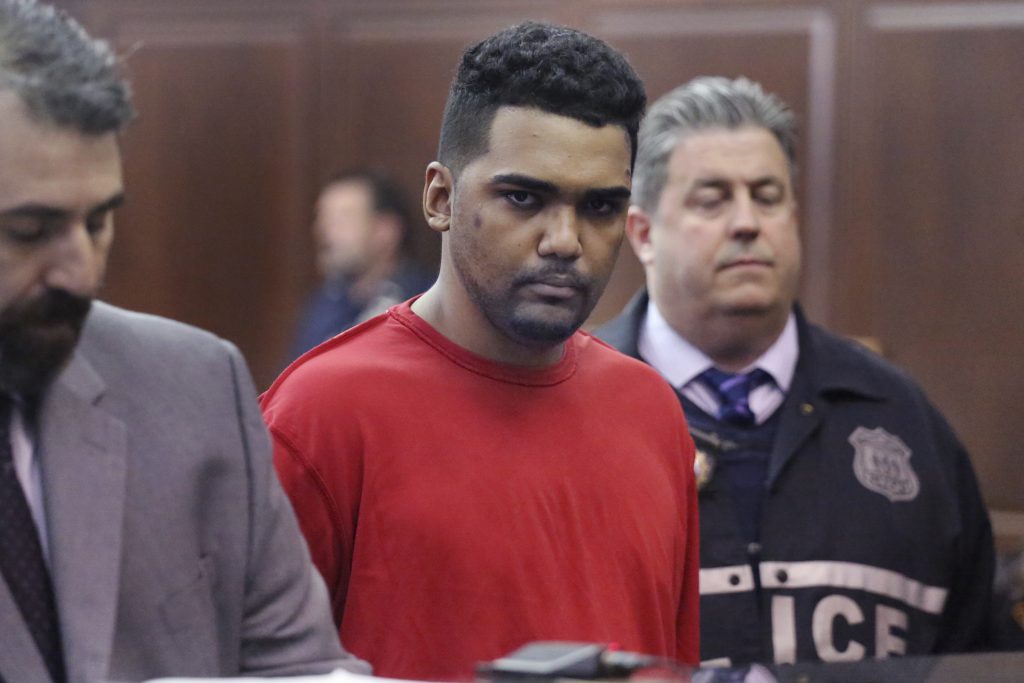 Richard Rojas, charged with killing a young woman and injuring 22 others when he sped through three blocks of crowded Times Square sidewalks in his car, has been indicted by a New York City grand jury, prosecutors said on Wednesday.

Rojas, 26, is scheduled to be arraigned on the indictment on July 13.

Authorities say Rojas drove his Honda sedan down Seventh Avenue on May 18 before making a U-turn, careening onto the packed sidewalk and mowing down pedestrians for three city blocks before crashing. Alyssa Elsman, an 18-year-old woman from Michigan, was killed.

The driver was subdued by onlookers and police as he tried to flee on foot.

Rojas, who did not appear at the Wednesday hearing, was previously charged with second-degree murder, vehicular homicide and multiple counts of attempted murder. The charges in the indictment were not immediately made public.

His defense lawyer, Enrico Demarco, declined to comment after the brief hearing.

Rojas, who served in the Navy, told the New York Post in a tearful jailhouse interview last week that he had unsuccessfully sought psychiatric care and said he had no recollection of the incident. It is believed that Rojas was under influence of illegal substances.

Rojas has had numerous run-ins with the law over the past decade, according to Navy and public court records. He has had at least four prior arrests, two for drunken driving, and one earlier this month for allegedly threatening another man with a knife outside his apartment in New York City’s Bronx borough.

While serving in the Navy in 2013, he spent two months in a military jail in South Carolina, though records do not indicate why.

Five victims remain at Bellevue Hospital; one is in critical condition and another in serious condition.