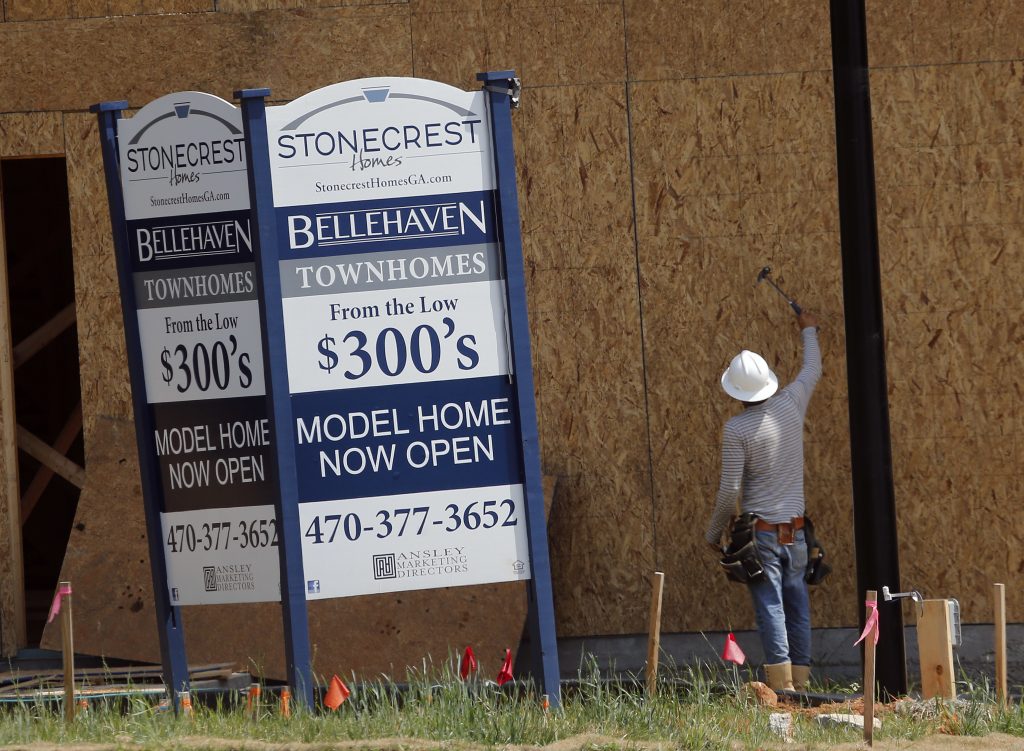 The Commerce Department said Tuesday that new-home sales skidded 11.4 percent in April to a seasonally adjusted annual rate of 569,000. It was the biggest monthly drop since March 2015. Economists had expected a more modest retreat from March sales of 642,000, which were the highest since October 2007. Sales in April were still up 0.5 percent from a year earlier.

Economists were inclined to view the April reading as a one-month blip. Ian Shepherdson, chief economist at Pantheon Macroeconomics, called last month’s drop “a correction from the March cycle high, not a warning sign … We expect sales to rebound somewhat in May, and to return to the March high, at least, over the next few months.”

A healthy job market is expected to give Americans confidence to buy homes. Employers added a solid 211,000 jobs last month, and the unemployment rate is at a decade-low 4.4 percent.

But last month new-home sales fell in every region, led by a 26.3 percent plunge in the West, the biggest drop there since October 2010.

The Commerce Department reported last week that construction of new homes fell for the second straight month in April, reducing housing construction to the lowest point since November.