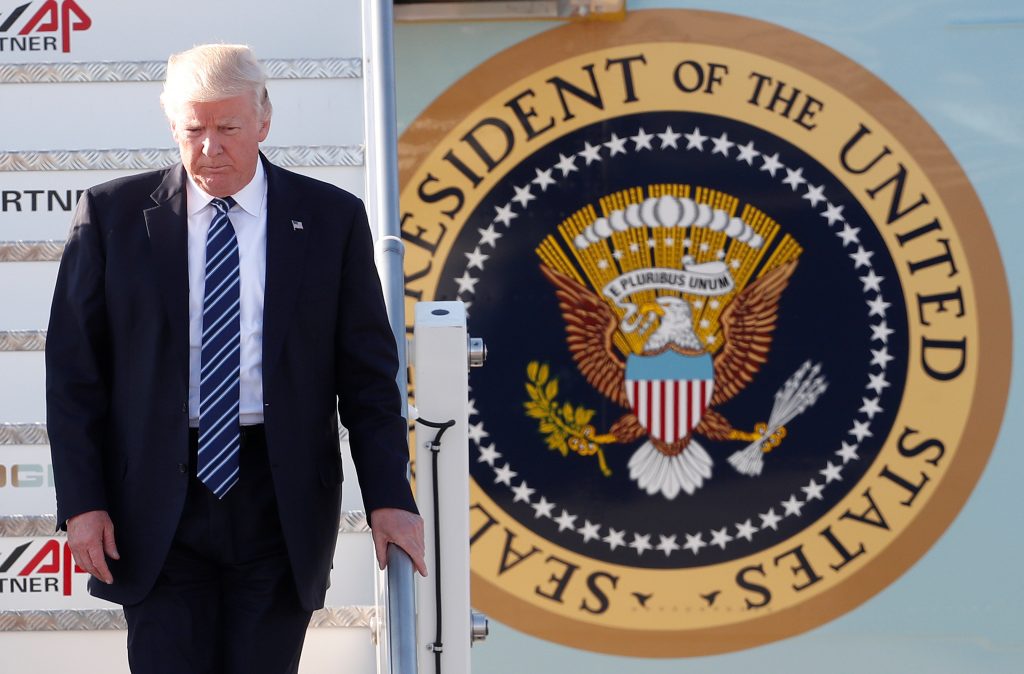 U.S. President Donald Trump arrived in Italy on Tuesday ahead of meetings with Pope Francis and Italian leaders, on the third leg of his first international trip since taking office.

Trump’s meeting with the head of the world’s 1.2 billion Roman Catholics on Wednesday comes after the pair sparred at a distance on issues including migration, climate change and Islam.

Air Force One arrived from Israel at Rome’s Leonardo da Vinci airport, where Trump and his wife Melania were greeted by Italian Foreign Minister Angelino Alfano.

The pair were then driven to the central Rome residence of the U.S. ambassador – a post to which Trump is yet to name anyone. They had no official engagements on Tuesday evening.

Trump is due to spend less than 24 hours in Italy before flying to Brussels for talks with European Union and NATO chiefs. He will return to Italy on Thursday for a summit of the Group of Seven (G7) major industrialized nations in Sicily.

Officials from the other six nations have been alarmed by some of Trump’s statements including his support for trade protectionism, criticism of climate change policies, and anti-migrant rhetoric.

The president started his tour of the Middle East and Europe in Saudi Arabia on Saturday. He has spent the last two days in Israel.

The White House hopes the ambitious multi-nation trip, which ends on May 27, will shift focus away from domestic controversies and on to foreign policy.

After his encounter with the pope, Trump will hold brief talks with President Sergio Mattarella and Prime Minister Paolo Gentiloni. Melania Trump is due to visit a Vatican-owned children’s hospital while Ivanka Trump will meet victims of human trafficking and the Sant’Egidio community of activist Catholics.

Massive security precautions have been taken in Rome, with the areas around the presidential palace, Vatican City, the American ambassador’s residence and the U.S. embassy temporarily closed to traffic.