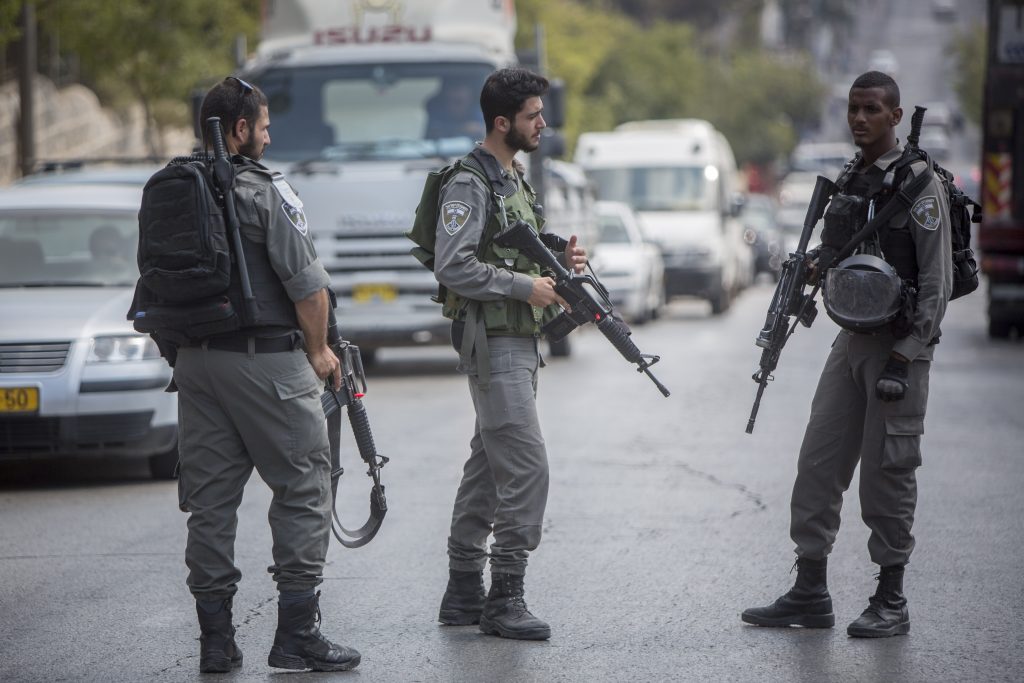 Witnesses said that the terrorist lunged at the 26-year-old officer, shouting epithets in Arabic, and stabbed him. Observant officers quickly neutralized him, with the victim falling on the ground. The officer was taken to Laniado Hospital in Netanya fully conscious, and is likely to be released later in the day, hospital officials said. The terrorist was moderately wounded and is being treated at Meir Hospital in Kfar Sava. He is likely to be charged with attempted murder, officials said.

In April, Arab terrorist Ahmad Agbar went on a stabbing spree in Tel Aviv and injured four people. Agbar, an 18-year-old resident of Shechem, “made up his mind to kill Jews,” intending on the way to the attack only to be arrested, but later seeking death as a “martyr” at the hands of IDF soldiers who might stop him, according to an indictment handed down against him earlier in May. The stabbings took place at the entrance of the Leonardo Beach Hotel on the Tel Aviv oceanfront pedestrian mall on April 23. Agbar attacked four people, wounding them lightly.

According to the indictment, the attack was premeditated, with Agbar planning it for at least a month. He contrived to join a tour group to visit Tel Aviv — where he had decided to carry out the attack — and received a one-day visa for the visit. Agbar chose the target by reviewing online maps of Tel Aviv and matching them with the route of the tour. Knowing he would be unable to smuggle a weapon into Israel, he filed the metallic portion of his belt into a sharp object, and used this in the stabbing attack, the indictment said.