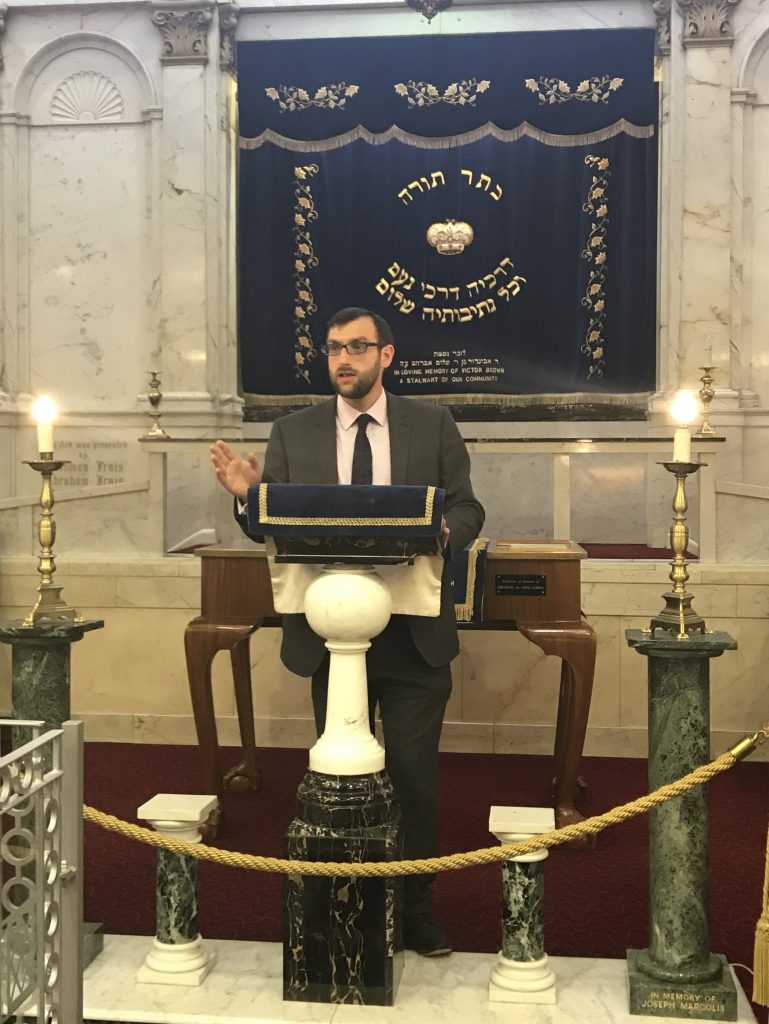 In the wake of the deadly terror attack in Manchester, England on Monday night, kehillah members sprang into action to assist the victims. Below are some of the stories they shared with Hamodia:

A member of the Manchester Jewish community is a Senior First Responder (SFR) for the Northwest Ambulance Service and was on the scene administering firstaid for over three hours after the attack. He has been a first responder for five years, previously volunteering for Hatzolo in the U.K. and Magen David Adom in Israel. The SFR asked to remain anonymous, but gave Hamodia a detailed report about his experiences in the aftermath of the attack.

The SFR was on call when the attack occurred. He was dispatched to the medical personnel rendezvous point at the scene of the attack. Since the area was cordoned off, he had to abandon his car and was escorted by the police to the inner cordon at the entrance to Victoria Train Station. It was there that all medical personnel, some from as far away as Penrith in the Lake District, were stationed.

The Manchester Arena ticket office is situated above Victoria Station, and the attack took place in the foyer of the arena, very close to the ticket office and where the medical personnel rendezvous point was set up. According to the SFR, the terrorist “chose his place and time very well,” ensuring maximum impact for his heinous act.

The SFR spent his time frantically triaging, assessing injuries and arranging transport for victims to one of the eight Manchester-area hospitals treating the wounded.

There was a heavy counterterrorism presence in the cordoned-off areas, and the scene of the attack was strewn with blood and debris. According to the SFR, it very much looked like “the scene of a terrorist attack in Israel, R”l.”

The SFR said that he and his colleagues administered first aid to people of all ages, but mostly to children and young people. Most of the wounds they treated were ‘blast injuries,’ such as fractures, crush injuries and shrapnel wounds from ‘nuts and bolts.’

In addition to the 59 reported wounded, there were many ‘walking wounded’ with minor injuries; these were not transported to the hospital. Due to a lack of stretchers and medical equipment, first responders resorted to using street furniture such as street signs to transport the wounded.

Our SNF was the only visibly Jewish responder. He observed “very good team practice” and “a great multi-agency team effort” unlike the disorganization that one often finds during crises like these. He says that medical personnel gave “the best care that they could” during very trying circumstances. There was an atmosphere of chessed: everyone who could help, including concertgoers, did so selflessly.

The SNF says that when he arrived at the scene he “snapped into action,” as he and his colleagues made valiant efforts to help the wounded and those in need, despite being in a “hot zone,” with police, counterterrorism and canine units patrolling the area.

It was only after the SNF got home that he had a chance to reflect on the night’s events – and to thank Hashem for keeping him safe, for life and its many joys.

Rabbi Shneur Cohen of “Chabad in the City Centre” and his colleagues were at the forefront of offering assistance and support for victims, police and medical personnel at the scene of the attack. Immediately after the attack, his team was on the streets, offering blankets, assistance and support. Early the next morning, the team was out once again, providing Danishes, hot drinks and sandwiches.

Rabbi Cohen told Hamodia that it is his hope that everyone understand that “we are all in this together.” He stressed that, in order to counteract this evil, we must all “increase in goodness and kindness” and accept upon ourselves something “extra” in the ways we keep Torah and mitzvos and act toward our fellow man.

On Tuesday morning, Rabbi Guttentag visited some of his students in the GE Centre in Fallowfield to offer support in the aftermath of the Manchester Arena attack. He found that they were subdued – not the “lively bunch” that they usually are.

Rabbi Guttentag told Hamodia that students are helping in any way they can; many have donated blood at NHS blood banks to help victims. One student has a roommate who is a nursing student; she spent Monday night attending to the injured and came home seriously traumatized. Rabbi Guttentag discussed ways in which the student could offer support to her roommate.

On Tuesday evening, Rabbi Guttentag jointly conducted a tefillah session with Rabbi Eli Simon, co-director of Chabad at Manchester Universities, for around 60 students at the Wilbraham Road Shul in Fallowfield. During his drashah, he stressed that this was a tragedy that should serve to unify people and that we must all recognize and acknowledge that we are all created ‘b’tzelem Elokim.’

He stressed that “this terrible tragedy should help us take chizuk from those who have helped in the most humane way” and from “the loving response that the wider community of Manchester has shown.”