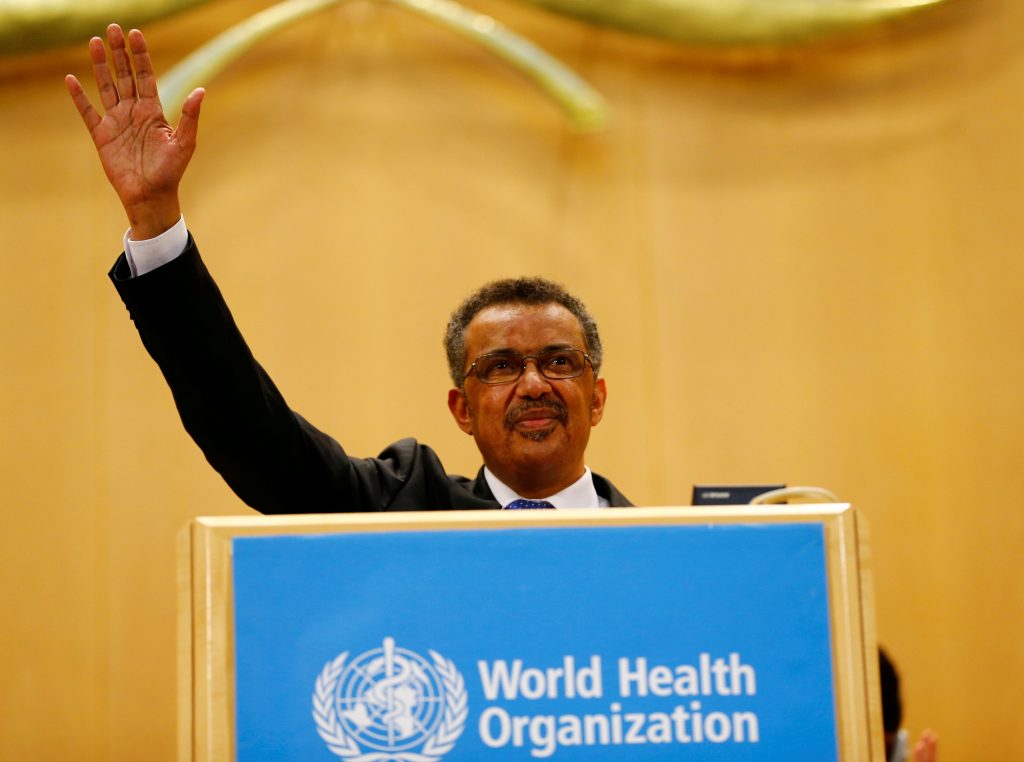 Ethiopia’s Tedros Adhanom Ghebreyesus won the race to be the next head of the World Health Organisation (WHO) on Tuesday, becoming the first African to lead the United Nations agency.

The former health minister and foreign minister received more than half the votes in the first round and eventually won a decisive third-round election to beat Britain’s David Nabarro to the job.

“It’s a victory day for Ethiopia and for Africa,” Ethiopia’s ambassador to the U.N. in Geneva Negash Kebret Botora told Reuters before Tedros, as he is widely known, was to take the floor at the WHO’s annual ministerial assembly.

Six candidates had stood to take the helm at the WHO, which is tasked with combating outbreaks and chronic diseases.

The job has never before been earned through a competitive election and health officials from all over the globe thronged the assembly hall in the U.N.’s Geneva headquarters where voting took place behind closed doors.

Tedros will begin his five-year term after Margaret Chan, a former Hong Kong health director, steps down after ten years on June 30. Chan leaves a mixed legacy, after WHO’s slow response to West Africa’s Ebola epidemic in 2013-2016, which killed 11,300 people.

In a last pitch before voting began, Tedros had appealed to ministers by promising to represent their interests and to ensure more countries got top jobs at the Geneva-based WHO.

“I will listen to you. I was one of you. I was in your shoes and I can understand you better,” Tedros told the ministers. “I know what it takes to strengthen the frontlines of health care and innovate around the constraints.”

Tedros was widely seen as having the support of about 50 African votes, but questions about his role in restricting human rights and Ethiopia’s cover-up of a cholera outbreak surfaced late in the race, threatening to tarnish his appeal.

Nabarro, a WHO insider who has worked for 40 years in international public health, had pitched himself as a “global candidate”.

Chan, in a speech on Monday, urged ministers to tackle inequalities as a “guiding ethical principle”.

“Scientific evidence is the bedrock of policy. Protect it. No one knows whether evidence will retain its persuasive power in what many now describe as a post-truth world,” she said.