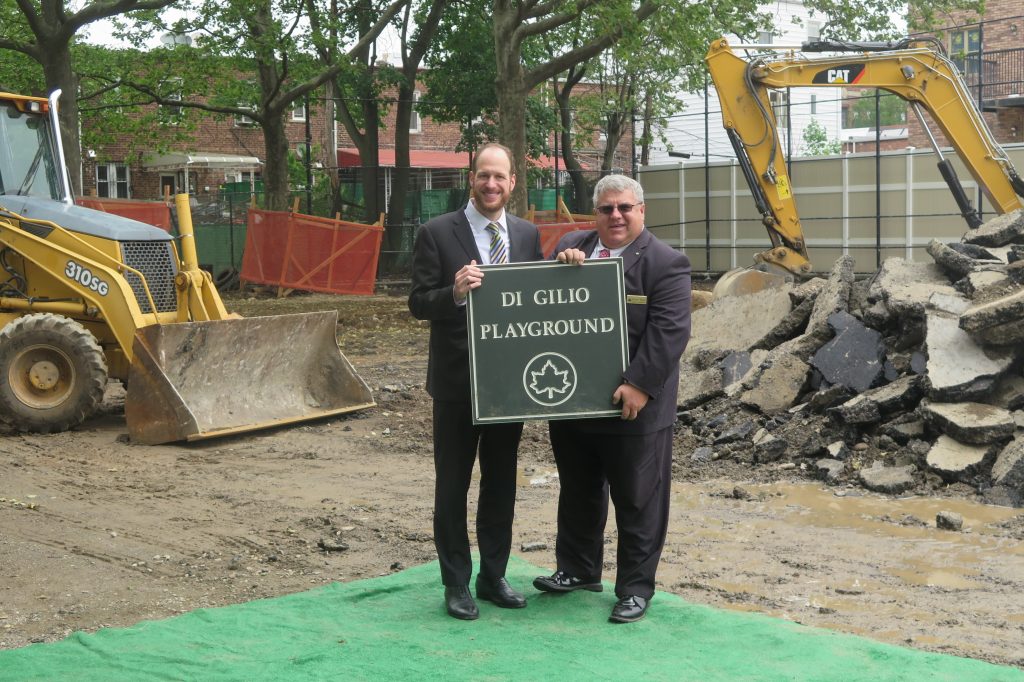 A groundbreaking ceremony Tuesday heralded the beginning of the complete overhaul of Di Gilio Playground, popularly known as the “Avenue F Park” for its location, on the border of Boro Park and Kensington.

Sponsored by Councilman David Greenfield, the $2.8 million project is scheduled to be completed next spring.

The playground will feature separate play areas for toddlers, children aged two to five, and children aged five to twelve, as well as adult exercise equipment and game tables. There will also be security luminaires and a six-foot perimeter fence to ensure safety.

“We are gutting the entire park in order to quadruple the play area for thousands of children,” Greenfield said.

The ceremony marked the first major renovation to the park in over 20 years, and the most significant improvement in its history. Most of the space is currently taken up by a barely-used hockey rink. The city’s Parks Department is getting rid of that, expanding the playground over the park’s entire area.

The playground is named for Deputy Inspector Joseph DiGilio, who died in 1986 after a career of more than 30 years in the NYPD’s 70th precinct.