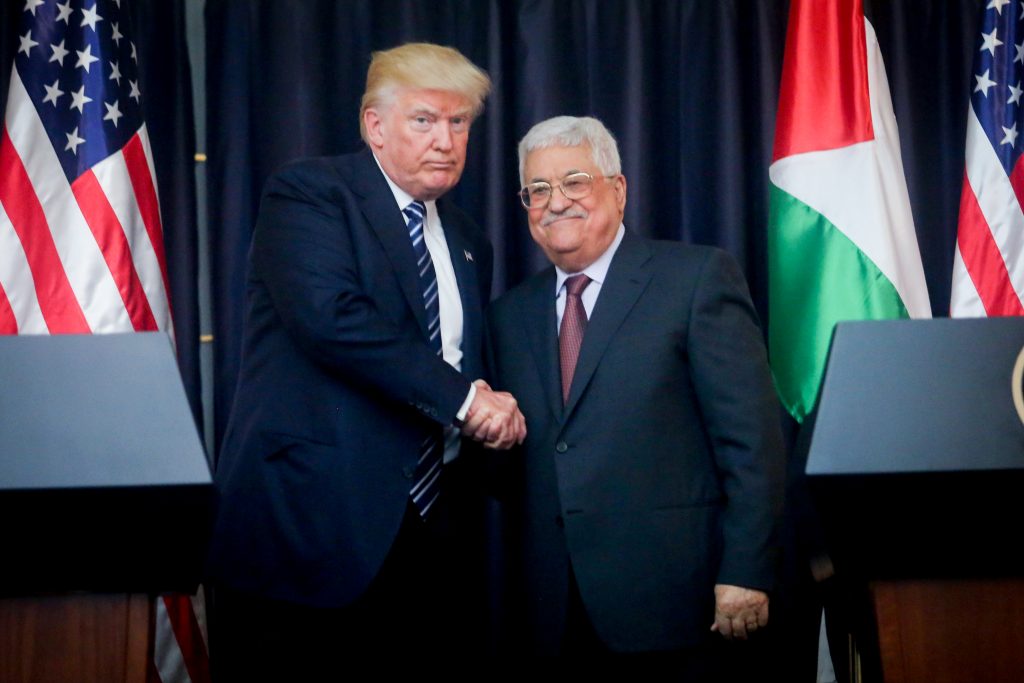 The contrast between President Trump’s visit with the Israelis and his visit with the Palestinians could not have been more glaring: friendship and honors on one side, warnings and protests on the other.

In Beit Lechem on Tuesday morning, the president pursued the issue of terrorism, which has been the major theme of his Mideast trip, this time telling the Palestinians that they must curb incitement and cease paying stipends to the families of terrorists.

At the joint press conference, Palestinian Authority President Mahmoud Abbas obliged with the appropriate rhetoric. He condemned the deadly attack in Manchester and promised to stand with the U.S. in the fight against terrorism.

The Palestinian leader stressed the objective of a two-state solution based on the 1967 borders, while President Trump avoided the specifics of a final status agreement, as he has done throughout his visit.

In contrast to the warm, ebullient mood that characterized Trump’s interactions with Israeli Prime Minister Binyamin Netanyahu, he was noticeably subdued in Beit Lechem.

According to a report in The Washington Post: “As Abbas spoke, Trump listened to a translation through an earpiece and looked stone faced, gripping his lectern with both hands and staring straight ahead. He did not emote.”

However, at the Israel Museum later, Trump told the assemblage that both the Israelis and Palestinians are ready to “reach for a peace agreement.”

The meeting in Beit Lechem came a day after the Palestinians spurned a package of goodwill measures proposed by Israel.

Ahmad Majdalani, a close aide to Abbas, said on Monday that they are “meaningless.”
“This is an attempt to beautify and market the occupation,” Majdalani told The Jerusalem Post. “We need to end the occupation and realize the two-state solution — these minimal measures do not do that.”

The Israeli cabinet announced on Sunday its approval of the 24-hour opening of the Allenby Border Crossing through the end of September, development of the Tarkumiya industrial zone and building permits for homes in Area C.

Majdalani rejected it as old news. “We are familiar with these measures,” he said. “They were announced on other occasions in the past and did not succeed to lead to the end of the occupation.”