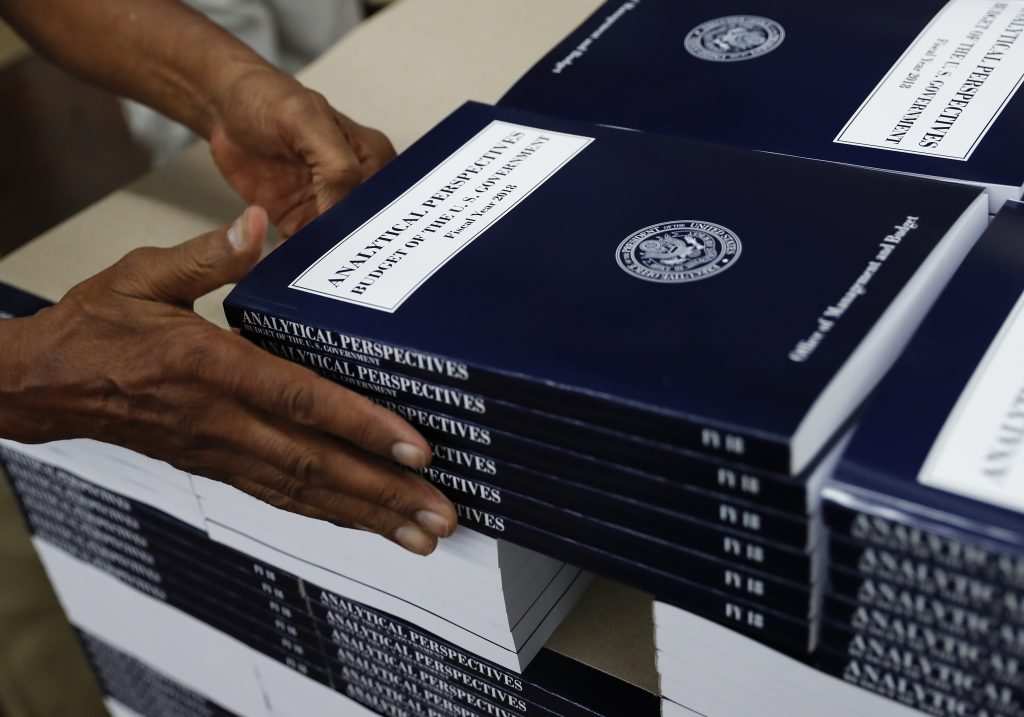 The White House is set to release President Donald Trump’s first full budget on Tuesday, a plan that will include a cut of more than $800 billion from the Medicaid program for the poor and reductions in other social spending.

The Medicaid cuts were part of a Republican health-care bill passed by the U.S. House of Representatives in early May, which aims to gut the Obama administration’s 2010 law that expanded insurance coverage and the government-run Medicaid program.

But the bill – and its politically sensitive cuts — faces an uncertain future in the Republican-controlled Senate.

Trump’s initial budget outline for discretionary spending received a tepid response from Congress, which controls the purse strings, and, ultimately, government spending. He said in March he wanted to boost defense spending and slash foreign aid.

His full budget will include his plans for mandatory programs, and was expected to propose cuts for means-tested programs for low-income people, such as food stamps and rental assistance, according to some media reports.

It is unlikely that Congress, which passes its own budgets and appropriates public money, would approve a raft of cuts to social programs.

“A president’s budget is a wish list, and many of the proposals in it may not become law,” Brian Gardner, an analyst with KBW Washington, said in a note to clients.

But budget expert Robert Greenstein said it would be a mistake to write off Trump’s budget as completely “dead on arrival” in Congress.

Republicans are under pressure to deliver promised tax cuts, the cornerstone of the Trump administration’s pro-business economic agenda, and are expected to use the budget reconciliation process to achieve that goal. That process would require a simple majority in the Senate, meaning Republicans would not need to count on any votes from Democrats.

Members of the conservative House Freedom Caucus may insist on some of the cost-cutting measures to approve the budget package, said Greenstein, president of the Center on Budget and Policy Priorities.

“We expect this budget to be the most aggressive proposal by any modern president to shift large amounts of income and resources from low- and modest-income households struggling to get by, to those at the top,” Greenstein told reporters.

The budget will propose deep cuts to Environmental Protection Agency grants to state and local governments.

It will include a plan for $200 billion in funding to encourage state and local governments to boost spending on roads, bridges, airports and other infrastructure programs, and a $25 billion plan to give parents six weeks of paid leave after the birth or adoption of a child.

The budget is being delivered as the White House deals with the political fallout from Trump’s firing of former FBI Director James Comey two weeks ago. Comey was leading a probe of alleged Russian meddling in the 2016 U.S. election and Moscow’s possible ties to the Trump campaign.

Trump is currently overseas on his first foreign trip since assuming office in January.