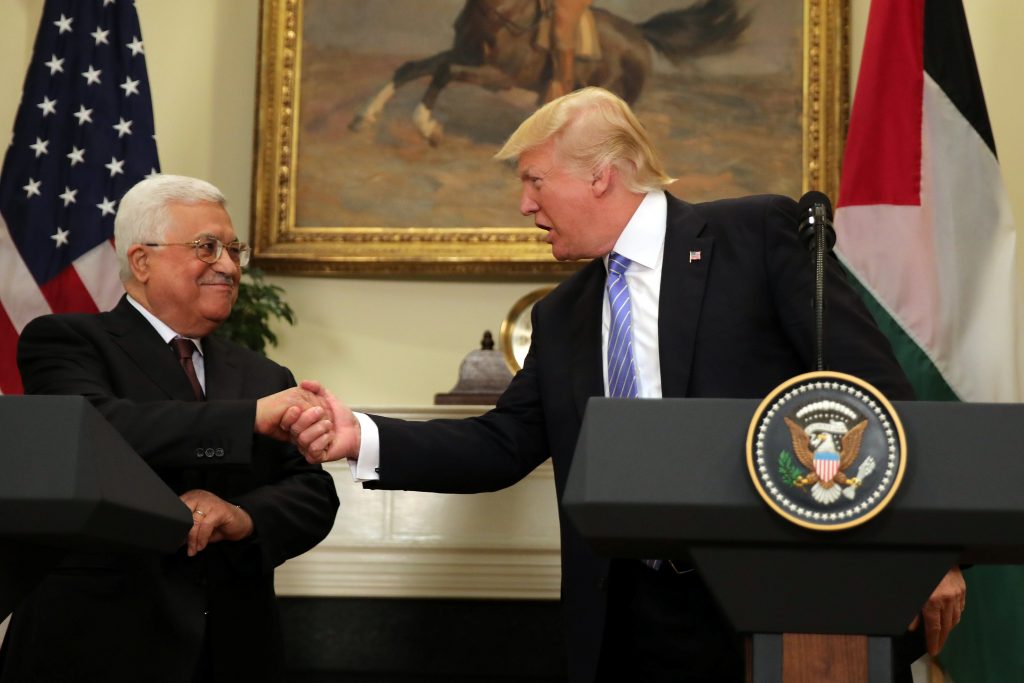 As Israelis were preparing to greet President Donald Trump, so were residents of Beit Lechem – with anti-Trump protests, and demands that the United States pressure Israel to give up land and free terrorists. Storekeepers throughout the Palestinian Authority were on strike Monday, closing their stores in solidarity with terrorists being held in Israeli prisons, and PA sources quoted by Yisrael Hayom said that a number of large protests were planned to coincide with President Trump’s visit.

The Palestinian prisoners’ affairs committee called for a “day of rage” on Tuesday, when President Trump visits Beit Lechem, for “the voice of the prisoners to be heard by the president.”

It is for that reason, Yisrael Hayom reported, that Trump’s advisers cut out a planned visit to Beit Lechem’s main Christian site, and will be in the city for just one hour, sufficient to meet with PA chief Mahmoud Abbas. That meeting will take place Tuesday morning. After the meeting, President Trump returns to Yerushalayim.

PA officials are not putting much stock in President Trump’s visit as a lever to pressure Israel on concessions or a cessation of construction in the settlements. A PA official quoted by AP Sunday said that at their recent meeting in Washington, Abbas had asked President Trump to demand that Israel halt or limit construction in Yehudah and Shomron, and that the president had refused. Another source quoted by Yisrael Hayom said that President Trump told Abbas that he expected the PA to enter into talks with Israel without preconditions – and if he did not, the U.S. would embark on a program to normalize relations between Israel and moderate Arab states, bypassing the Palestinians altogether.

President Trump also demanded that Abbas stop transferring money to the families of terrorists, and halt the anti-Israel incitement in PA schools and institutions. In return, President Trump said that the U.S. would not move its embassy to Yerushalayim, and would direct Israel to limit settlement construction.

Speaking on Al Jazeera Monday, top PA official Muhammad Shatiya said that the “true test” of President Trump’s visit would be if any limitations were imposed on “settlement construction.” Without such a limitation, “there is no point to this entire enterprise,” he said.