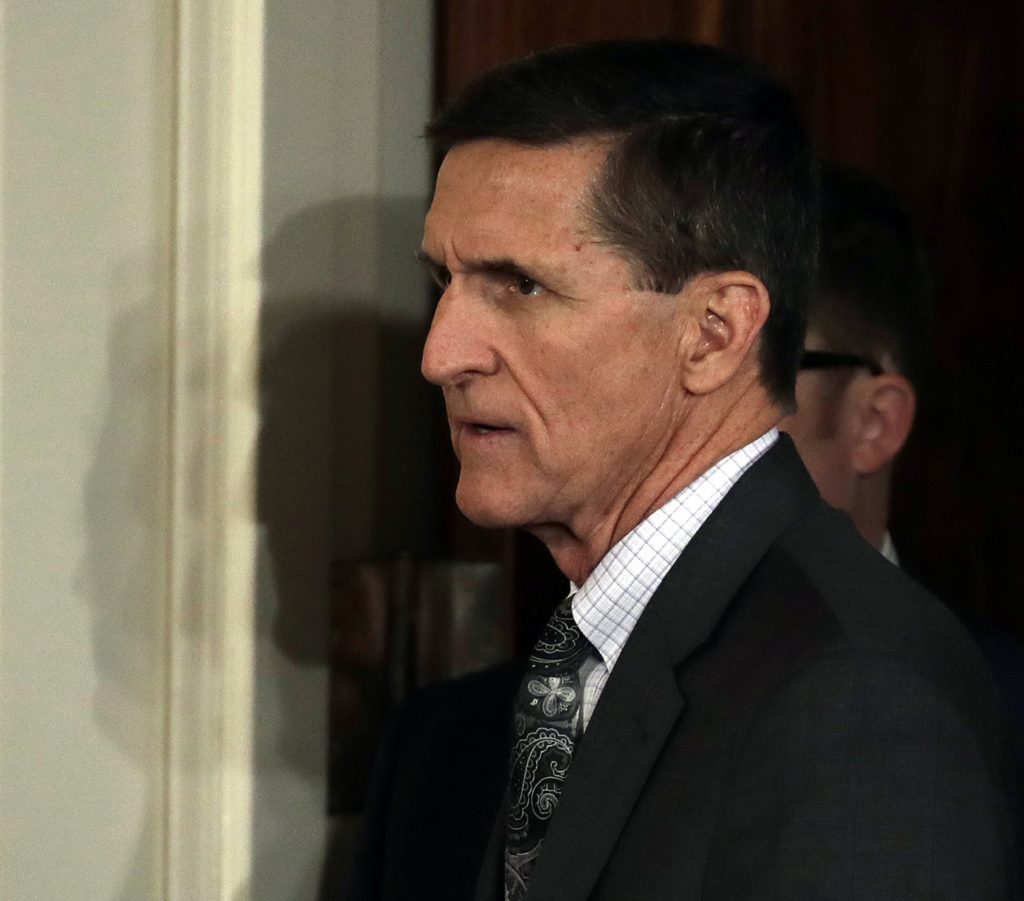 Lt. Gen. Michael Flynn, the former national security adviser under President Trump, will not comply with a Senate Intelligence Committee subpoena for documents related to the panel’s probe of Russian meddling in the 2016 elections, invoking the Fifth Amendment and his right against self-incrimination.

“The context in which the Committee has called for General Flynn’s testimonial production of documents makes it clear that he has more than a reasonable apprehension that any testimony he provides could be used against him,” Flynn’s attorneys wrote in a letter they sent to the committee’s chairman, Sen. Richard Burr, R-N.C., and Sen. Mark Warner, D-Va., its top Democrat, on Monday.

In the letter, they also cited the Justice Department’s recent appointment of special counsel Robert Mueller, arguing it raises new dangers for Flynn and gives “rise to a constitutional right not to testify.”

The committee issued a subpoena for documents from Flynn earlier this month, after he failed to voluntarily produce records of contacts he had with Russian officials. It is the only subpoena that the committee has issued in the course of its investigation into Russia’s purported involvement in the 2016 elections, a probe that includes delving into contacts between the Trump campaign and transition teams and Kremlin officials.

Flynn was forced to resign his position in the administration earlier this year after it emerged that he had not been fully forthcoming with Vice President Mike Pence about conversations he had with Sergey Kislyak, the Russian ambassador to the United States. Flynn also has come under official scrutiny for failing to disclose income he made from speaking engagements in Moscow, most notably at a December 2015 gala sponsored by Russian state-owned media company RT, as well as failing to register as a foreign agent, despite doing more than a half a million dollars’ worth of lobbying work for Turkish interests.

Flynn has offered “to give a full account,” his attorneys wrote in Monday’s letter, but only if he receives “assurances against unfair prosecution” — in other words, immunity. The committee has not offered Flynn immunity in exchange for his testimony to the committee.

While the Fifth Amendment is commonly applied to giving testimony, Flynn’s attorneys argued that by creating or handing over the documents the committee had requested, Flynn would essentially be giving testimony about the existence of those conversations and thus potentially incriminating himself.

“Producing documents that fall within the subpoena’s broad scope would be a testimonial act, insofar as it would confirm or deny the existence of such documents,” they wrote.

Flynn’s attorneys also strongly hinted that they think the congressional committees would be biased against Flynn if he complied with the request.

“Multiple Members of Congress have demanded that he be investigated and even prosecuted,” Flynn attorneys Robert Kelner, Stephen Anthony and Brian Smith wrote in their letter. “He is the target on nearly a daily basis of outrageous allegations, often attributed to anonymous sources in Congress or elsewhere in the United States Government, which, however fanciful on their face and unsubstantiated by evidence, feed the escalating public frenzy against him.”