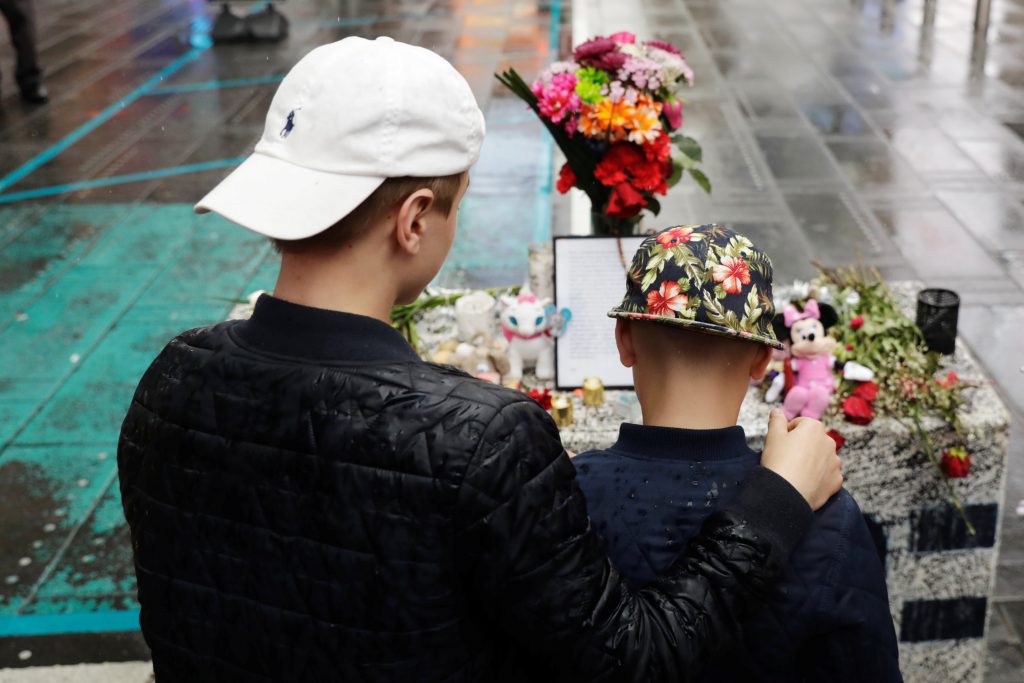 Thomas Elsman, the father of 18-year-old Alyssa Elsman of Michigan, a tourist killed by an out-of-control driver in Times Square, left a note at a memorial for his daughter, thanking New Yorkers for their support and saying her loss was a hole in his heart “that can never be filled.”

Thomas Elsman visited the site Saturday. His daughter had been visiting New York City with her mother and younger sister when she was killed Thursday. Authorities said Bronx resident Richard Rojas drove his car through Times Square and onto a sidewalk, striking helpless tourists for three blocks, before crashing into protective barriers. Twenty-two people, including Alyssa Elsman’s younger sister, were injured.

At Rojas’ court appearance last week, a prosecutor said Rojas told police that he wanted to “kill them all” and that police should have shot him. Police said Rojas also admitted using illegal substances. Officials were waiting for toxicology reports.

Thomas Elsman left his framed note at a concrete block that has become a makeshift memorial, covered with people’s names and wishes including “Rest in Peace.” Bouquets of flowers had been placed on top and on the sides, along with candles and stuffed animals. When he made his visit, onlookers hugged him and offered condolences.

In his note, Elsman says that there are “no words that can express” the gratitude he has for “the outpouring of love and support this city has shown us.” He thanks the medical personnel, NYPD and New York City residents.

“This impromptu memorial dedicated to our daughter and seeing and talking to many of you has helped me cope with our loss. I have met so many people from different countries, religions, creeds … doesn’t matter … you have shown us that when you remove bias … racism … and ignorance … WE ARE ALL ONE … Your condolences have been sincere and taken to heart. Please also remember there are 20 other families affected by this and please keep them in your thoughts too…”

Elsman writes that Alyssa loved New York, and that she would want the city “to get back up and continue. That’s how full of life my daughter was. This city and our hearts are scarred, cut to the core, but in true New York fashion … We will heal … We will prevail … and we will never forget …”

The letter concludes: “I am blank … I have a hole in my heart that can never be filled. My world changed when you came into it and it is unexplainable with you leaving it. I love you kid. Just no words <3 Love you love you love you … Dad”