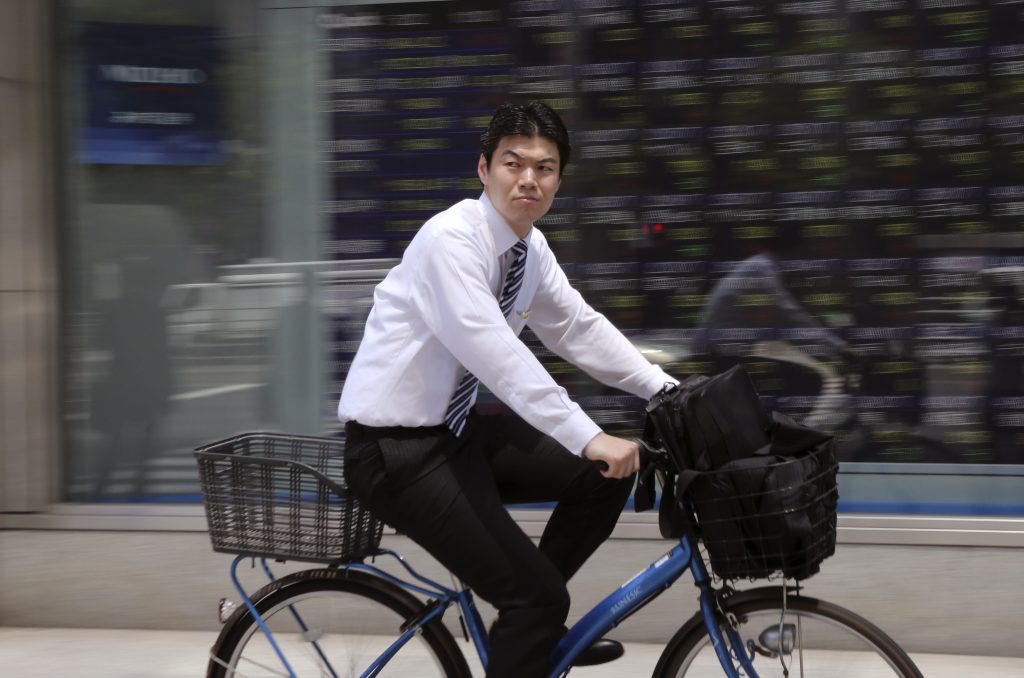 With President Donald Trump touring in the Middle East and Europe and no major economic indicators due this week, investors are hoping for a week of consolidation after a flurry of U.S. political controversies rattled markets.

MSCI’s broadest index of Asia-Pacific shares outside Japan climbed 0.9 percent on Monday helped by gains in Australia and Hong Kong stocks despite fresh curbs unveiled by regulators on the property markets in the latter.

European stocks are set to follow in Asia’s wake with key indices set to edge higher in opening trades.

“This won’t have much impact on the market as buyers will continue to focus on the primary market rather than the secondary market where these measures will be more acutely felt,” said Alex Wong, a fund manager at Ample Capital Ltd. in Hong Kong, with about $130 million under management.

Chinese stocks were the only laggards in the region with mainland indices in negative territory as concerns over renewed economic slowdown and overbearing regulation to curb broad financial risks weighed on sentiment.

The bounce in Asian stocks has been the best performance since April. 25 and has notched up gains of more than 17 percent for the MSCI emerging stocks index compared to 8 percent for the world index – even as some investors grew wary of the outlook.

“At current market valuations, we advise investors to adopt an active approach by stock-picking across sectors and rotating to quality laggards,” Carl Berrisford, an analyst at UBS Wealth Management wrote in a note, citing valuations nearing their peak.

U.S. stocks ended up on Friday but closed below their session highs on renewed concerns about Trump’s presidency, following two new media reports of possible coordination between Russia and his election campaign.

“The escalation of the investigation into Russia’s involvement in the recent U.S. election threatens to take resources, time, and attention away from the economic agenda, which had already begun meeting some skepticism,” Marc Chandler, global head of currency strategy at Brown Brothers Harriman, wrote in a note.

In foreign exchange markets, the dollar fell to its lowest levels in six months on Friday against a trade-weighted basket of peers at 97.080 and was trading just a shade above that on Monday.

Signs from the government bond markets did not bode well for the greenback. U.S. bond yields have gently drifted lower in recent days cutting the yield premium U.S. Treasuries earn versus other bond markets such as German or Japanese official debt.

Net long positioning on the euro rose to its highest in more than three years in the week ended May 16, according to calculations by Reuters and Commodity Futures Trading Commission data issued on Friday.

Recent economic improvement in the euro zone has raised market expectations that the European Central Bank will tone down its dovish language at its next Governing Council meeting next month.

Oil clung on to Friday’s gains trading around $50.69 per barrel.