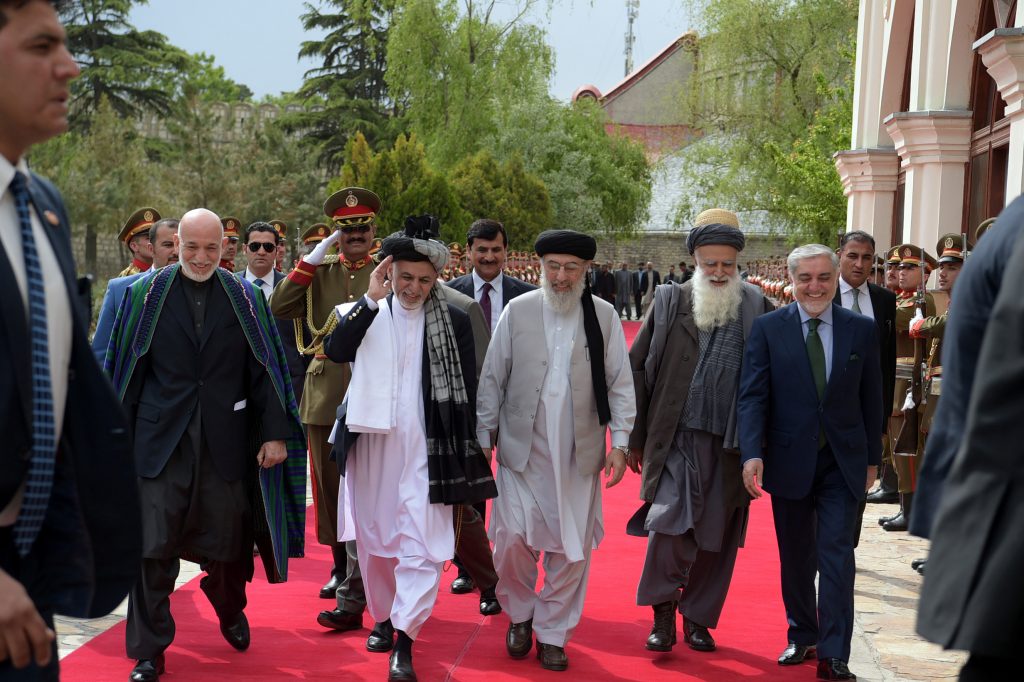 When fugitive warlord Gulbuddin Hekmatyar returned home to a lavish official welcome last month, abandoning his 16-year insurgency and forgiven for a history of wartime abuses, he was expected to quickly take up the cause of peace and set a conciliatory example for Taliban insurgents.

Instead, the fiery Islamist leader has landed like a bombshell in the roiling world of Afghan politics, publicly insulting President Ashraf Ghani, reneging on a pledge to disarm several thousand loyal fighters, and leaving the stunned capital wondering if inviting him back was a huge mistake.

At 69, Hekmatyar cuts an avuncular and scholarly figure, but his name still strikes fear and horror here. Once an anti-Soviet militia hero, he became notorious during later civil conflicts for his cruelty to captives and for shelling Kabul neighborhoods to ruins. He was only allowed to return to Afghanistan after U.N. anti-terror sanctions against him were lifted.

Yet since his return, he has made no mention of the past, let alone offer an apology. His speeches have bristled with defiance. One of them drew a cheering, overflow crowd of supporters to a rally in the national sports stadium, punctuated by nostalgic war whoops.

He has made few public references to the Taliban, except to call them “brothers” and suggest they share a common cause in wanting to rid Afghanistan of foreign troops. So far, though, the insurgents have ignored his return after denouncing him last fall as a traitor for making a peace deal with Ghani.

After his provocative public debut, Hekmatyar vanished into a flurry of private meetings in an elegantly refurbished compound, welcoming supporters, militia commanders, political rivals and tribal leaders from his ethnic Pashtun group. The sprawling facility, provided at government expense, is guarded by Hekmatyar’s security forces and its high walls are covered with enormous posters of him.

The most optimistic interpretation of Hekmatyar’s behavior is that he is reestablishing his tough, anti-Western credentials to impress the Taliban, who have been steadily gaining ground on the battlefield and have shown no appetite to restart peace talks. He has said he seeks to build bridges across Afghan society and use his influence to end the conflict.

To some observers, though, it looks as if the canny strongman is using the peace deal as a vehicle for his long-thwarted political ambitions. They fear that instead of collaborating with the government that offered him amnesty and full entree into public life, he intends to forge an array of opponents – especially fellow Pashtuns who feel left out of power – to challenge the struggling government and possibly force Ghani from office.

“I fear what will happen in the next few months,” said Isaak Gailani, a politician who has met with Hekmatyar several times since he returned April 28. “There is talk of creating an alliance against the government, against the United States, against democracy. Ghani has made a lot of mistakes, but if Hekmatyar gathers all the partners who hate him and they ally against the government, it would be very costly for the future of Afghanistan.”

So far, few Afghans have spoken out against Hekmatyar’s return, but there is a growing sense that the honeymoon is already over. Government officials have been silent, though several privately expressed shock and anger at his comments. Hekmatyar has issued no recent statements, and aides who were accessible during the run-up to his arrival have become unreachable.

For now, most observers here are holding their breath, hoping that the aging warlord – who has spent the past 30 years fighting Soviet forces, rival Afghan militias and a series of Western-backed civilian governments – will adapt to the norms of democratic politics in a rapidly modernizing society.

Friends and advisers, including moderate members of his Hizb-e-Islami party who remained in Kabul while Hekmatyar was in hiding abroad, have pressed him to be more diplomatic. In the past week, he has paid homage at the tombs of respected anti-Soviet leaders who were once his bitter adversaries and received others for tea at his compound.

But critics suspect that Hekmatyar is unlikely to change his stripes, disarm his men or retract his harsh criticisms. He has denounced Ghani’s government as the “illegitimate” creation of U.S. officials, attacked the press and complained that ethnic minority Shiites have been given too many rights – an appeal to Pashtun Sunni ambitions that risks arousing sectarian conflict.

“We welcomed the peace deal, but instead of surrendering to the government, Mr. Hekmatyar is acting as if the government has surrendered to him,” said Mohammed Atta Noor, a provincial governor from the rival Jamiat-i-Islami party. “We should give him a little time. If he wakes up and accepts democratic principles, everyone will welcome it, but if he sticks to this provocative behavior, it will not be good for Afghanistan’s future.”

At this point, it is not even clear whether the divisive hard-line figure can reunite his own splintered party, let alone act as a catalyst for peace. Members of the main nonviolent Hizb faction, which built a strong presence in politics and government while Hekmatyar was an international fugitive, worry he will not adjust to the new, democratic brand of politics in the country he fled 21 years ago.

Abdul Hadi Argandiwal, a moderate Hizb leader, said he is optimistic that Hekmatyar’s welcome into public life will eventually persuade the Taliban insurgents to come to the negotiating table, but he also said the unrepentant warrior needs to transform himself first.

“Afghan society has changed in many ways over the past 20 years. Nobody wants more war or destruction. We are part of that society, and we have added value to it. But he has come from war, and he has to change,” Argandiwal said. Noting that Hekmatyar had agreed to visit the tombs of former rival leaders, he said, “I hope it means he will be a new Hekmatyar.”

Others observers, however, worry that his unrepentant stance will have the opposite effect on the Taliban, who will view him as an armed rival rather than a model for reconciliation. They fear he will use his new freedom to make a last bid for power – either at the polls or by other means – presenting a muscular, sternly religious alternative to the nerdy, Westernized Ghani.

Since his return, thousands of posters of Hekmatyar have flooded the capital and wealthy Pashtun politicians have reportedly offered him more men, weapons and cash. Supporters say his ruthless behavior in the civil war was no more excessive than any other militia bosses, but critics say he does not deserve a role in Afghanistan’s future unless he renounces his past.

“The truly brave thing for him to do would be to apologize to the Afghan people,” said Sima Samar, head of the Afghan Independent Human Rights Commission. “If he is strong enough to do that, it will heal a lot of wounds and distance people from revenge. It may even help bring peace.”