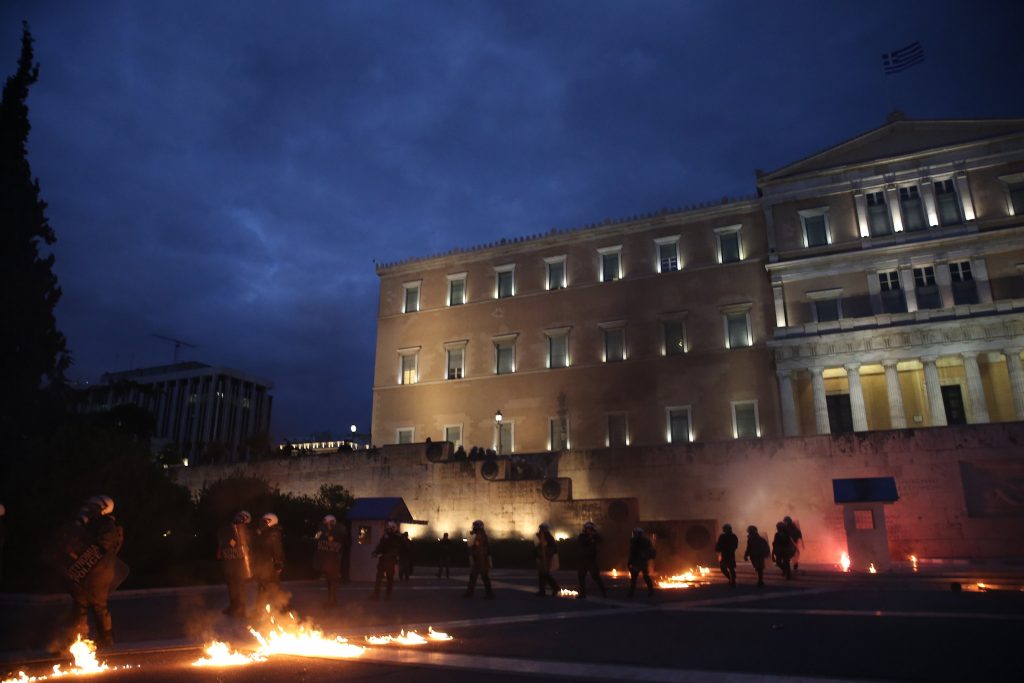 Euro-area finance ministers gather in Brussels on Monday to try to clinch a deal on easing Greece’s debt burden, which would resolve a stalled review of the country’s bailout and pave the way for a new set of rescue loans.

While Greece and its bailout supervisors have agreed on economic overhauls, the completion of the country’s review has been held back by disagreements between key creditors over how much debt relief is needed.

At the heart of the impasse lies the International Monetary Fund’s reluctance to participate in a bailout unless the euro area takes further steps to ensure the country’s 315 billion-euro ($353 billion) debt load becomes sustainable. Some nations like Germany, which is resisting changes to Greece’s debt profile, won’t release any new funds until the IMF joins the program. Athens needs its next aid installment of around seven billion euros before it has to repay lenders in July.

A global agreement on Greek debt “is within reach and it’s vital,” European Union Economic and Monetary Affairs Commissioner Pierre Moscovici said in an interview on France Inter radio on Sunday.

Additional debt relief is also necessary for the European Central Bank to include Greek bonds in its asset purchases program, which would ease the country’s access to bond markets.

European Union officials see chances for a deal on Monday at 50-50, and point to a meeting of euro-area finance ministry deputies ahead of the ministers’ gathering, which will determine the likelihood of an accord.

A key issue of contention is the outlook for Greece’s economy after 2018, when the current bailout expires. The IMF has raised doubts about Greece’s ability to maintain such an optimistic budget performance for decades, while key creditors have been pushing for a more positive outlook. Less ambitious fiscal targets would increase the amount of debt relief needed.