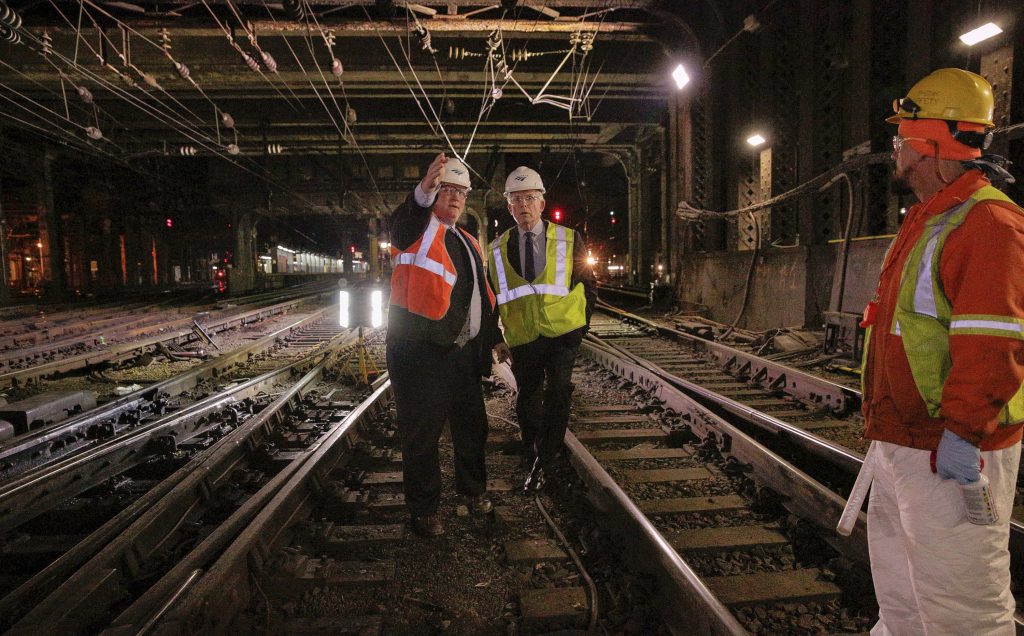 New York Gov. Andrew Cuomo on Sunday called on President Donald Trump for federal help at Penn Station, saying the “impact of the state of disrepair” is at “a tipping point.”

Mr. Cuomo put out a letter to the Republican Mr. Trump that included a reference to his New York roots, telling him, “As a New Yorker, I think you know the severity of the situation.”

The governor, a Democrat, wants the federal government to help figure out and fund transportation alternatives while repair work is undertaken after a spate of problems including two derailments. Mr. Cuomo also reiterated a call he has made before, that a private operator should take over operations at Penn Station from government-funded Amtrak, which operates the station that is also used by the Long Island Rail Road and New Jersey Transit commuter lines.

In his letter, Mr. Cuomo said, “I know that you believe in privatization where appropriate and in this situation I think there is no doubt that it is appropriate.”

The station is critical to train travel on the Northeast Corridor, but is beleaguered by problems from aging tracks and other equipment issues. Along with the derailments, issues have included a power failure and signal problems.

On April 3, a derailment took out eight of 21 tracks for four days, creating widespread delays. That was blamed on weakened wooden cross-ties beneath a track portion. A derailment on March 24 was due to a mismatched rail joint.