Israel Former Ambassador Shapiro Thinks President Trump Can Do It, But…
Israel 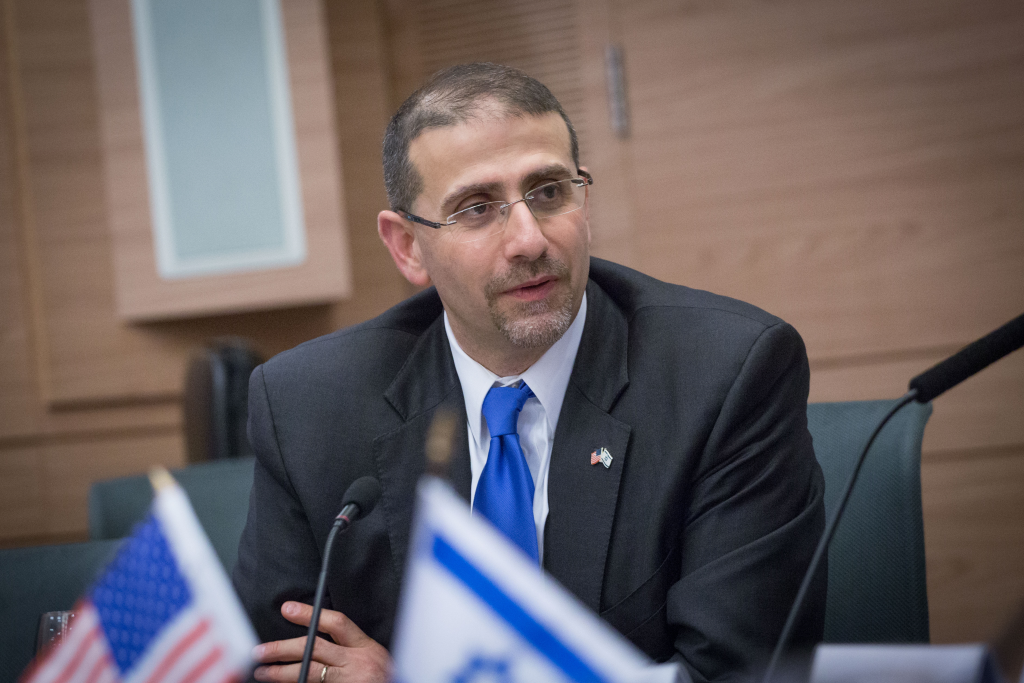 “The president’s surprising decision to embark on this trip to Saudi Arabia, Israel and the Palestinian Authority so early in his administration, demonstrates his determination to try for a peace agreement not only between the Israelis and Palestinians but perhaps even with the Arab countries,” writes Shapiro.

Can Mr. Trump succeed where so many others before him failed? Notwithstanding the president’s influence, he cannot impose a settlement on the parties; ultimately, he can only facilitate negotiations; any final settlement must be arrived at themselves.

“However, if he uses his power wisely, there is a chance that he can help the Israelis and Palestinians reach heights they never thought possible.”

It is impossible to separate between his potential as a facilitator for peace and the turbulence which has surrounded his administration from the outset, including the current issue of classified information released to the Russians by the president. The incident raises doubts about the effectiveness and stability of the White House, and undermines Israel’s ability to confide sensitive security matters to the president.

Mr. Shapiro and his colleagues at the INSS express caution regarding the prospects of success. The two sides still lack any mutual trust, they both think time is on their side, not the other’s, and the failures and disappointments of the peace process until now hang over any fresh attempt at a breakthrough.

Another advantage he has, in Mr. Shapiro’s view, is that he is turning to the Israelis and Palestinians equally. In the eyes of many Israelis, President Trump is an American cut from the same cloth as Israeli Prime Minister Binyamin Netanyahu, a capitalist, a hawk, suspicious of the Muslim world, especially Iran. As such, even if his approach does not differ greatly in substance from his predecessor, his image remains intact.

For their part, the Palestinians have overcome their initial concerns about Mr. Trump, and are persuaded that he is committed to working with them to achieve their goals.

The popularity that Mr. Trump currently enjoys among Israelis creates pressure on the Israeli government, in Mr. Shapiro’s assessment. Right-wing members of the coalition, who hailed the new president in almost messianic terms at the start, will be hard put to oppose him now if he proposes concessions in Yehudah and Shomron. The last thing that Mr. Netanyahu wants is new tensions with Washington, which could affect other areas as well, such as American support for Israel against Iran and at the U.N.

The Palestinians, who at first were anxious that the Israel-Saudi connection could bypass them in a diplomatic initiative, has been supplanted by fears about what Mr. Trump’s reaction might be if the current efforts should come to naught or if there’s a fresh surge of Palestinian violence. Needless to say, both sides are on their guard not to anger the president, a man who is known for his unpredictable reactions when he doesn’t get what he wants.

The third point in President Trump’s favor, according to Mr. Shapiro, is the priority he has given to the Mideast problem and his personal intervention. Whereas former President Barack Obama maintained a distance, especially in his second term, leaving the matter mostly to Secretary of State John Kerry, Mr. Trump could exert the full weight of his presidency, bringing the two sides back to negotiations, if he follows up on the current initiative. His choice of son-in-law Jared Kushner also indicates that success or failure will be attributed to Mr. Trump personally.

Furthermore, his warm opening to the Saudis and to the Egyptian president a-Sissi, prepares the ground for bringing the Sunni states to the table, as well. These are countries that Netanyahu truly wants to bring into the process, for their ability to support, or to pressure, the Palestinians.

However, none of the actors mentioned above are promising success. The path is long and sown with obstacles. In the final analysis, the Palestinians and Israelis must decide for peace. Mr. Trump cannot do it for them.