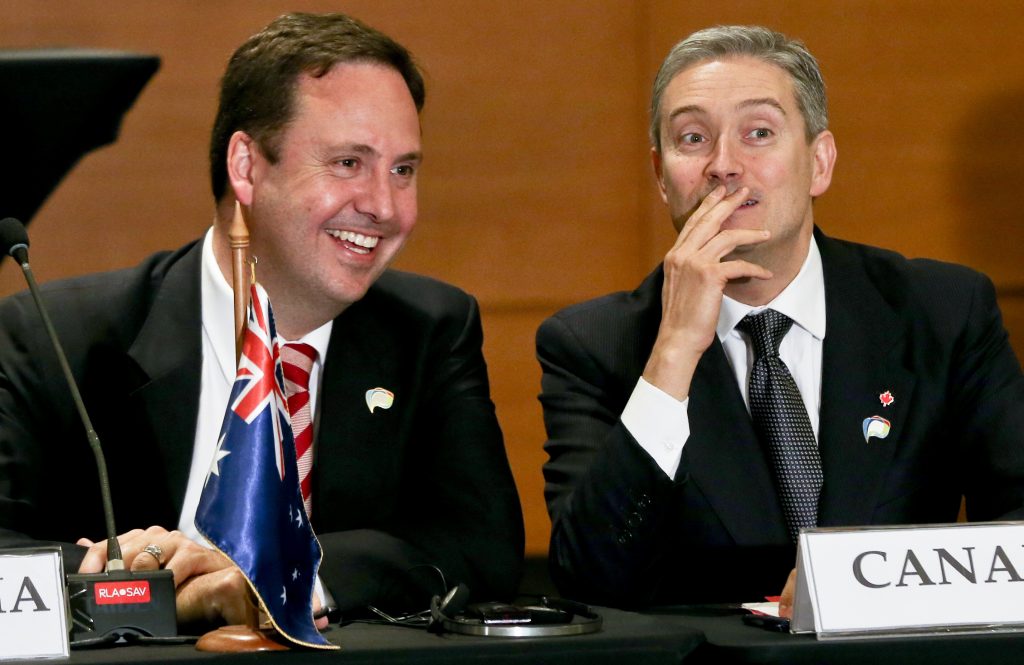 Canada is prepared to start talks to renegotiate the North American Free Trade Agreement and is confident it will get a successful outcome, Trade Minister Francois-Philippe Champagne said Sunday.

“When you start a discussion you start with saying, ‘Well, we’re the first client’,” Champagne said on the sidelines of a meeting of Asia-Pacific trade ministers in Hanoi. NAFTA, negotiated more than two decades ago, “has been amended about 11 times, so we said we’re happy to sit at the table,” he said.

Robert Lighthizer, the new U.S. trade representative, has begun the process for renegotiating the three-way agreement with Canada and Mexico, issuing a 90-day notice to Congress.

During his election campaign, President Donald Trump called NAFTA a “disaster” that cost millions of U.S. jobs and crippled the U.S. manufacturing sector. A few weeks ago, he was considering whether to pull out of the agreement entirely.

Champagne said some parts of the deal could be modernized, citing e-commerce, but he wouldn’t say whether Canada had any limitations for the discussions.

“We are very prepared and we are taking that very seriously, but we’ll put things on the table when it comes time to negotiate,” he said. “I am confident, if history has been guiding us, that if we succeeded 11 times that we are likely to succeed again.”

Champagne said he had a “good first meeting,” with Lighthizer in Vietnam during the Asia-Pacific Economic Cooperation forum gathering. “Whatever discussions you have, start from the premise of a very fruitful relationship,” he said.

Champagne also met Sunday with the 11 remaining members of the Trans-Pacific Partnership, a trade deal from which Mr. Trump pulled the U.S. in one of his first acts as president. The TPP would have included 40 percent of the global economy.

Some nations are pushing to continue with the TPP despite the loss of the U.S., arguing that too much effort went into negotiating it and that there are benefits for remaining countries, though some have been less committed.

In Hanoi, there was a sideline meeting on Sunday of TPP-member nations, and ministers agreed to start a process to put it into force, according to a joint statement. They will ask senior trade officials to arrange how to continue the partnership and report back by the APEC leaders’ summit in November.

“Canada’s always been clear: we will look at whatever options would be to the net benefit of Canadians and Canadian workers,” Champagne said. “This is very much at the stage of looking at options.”