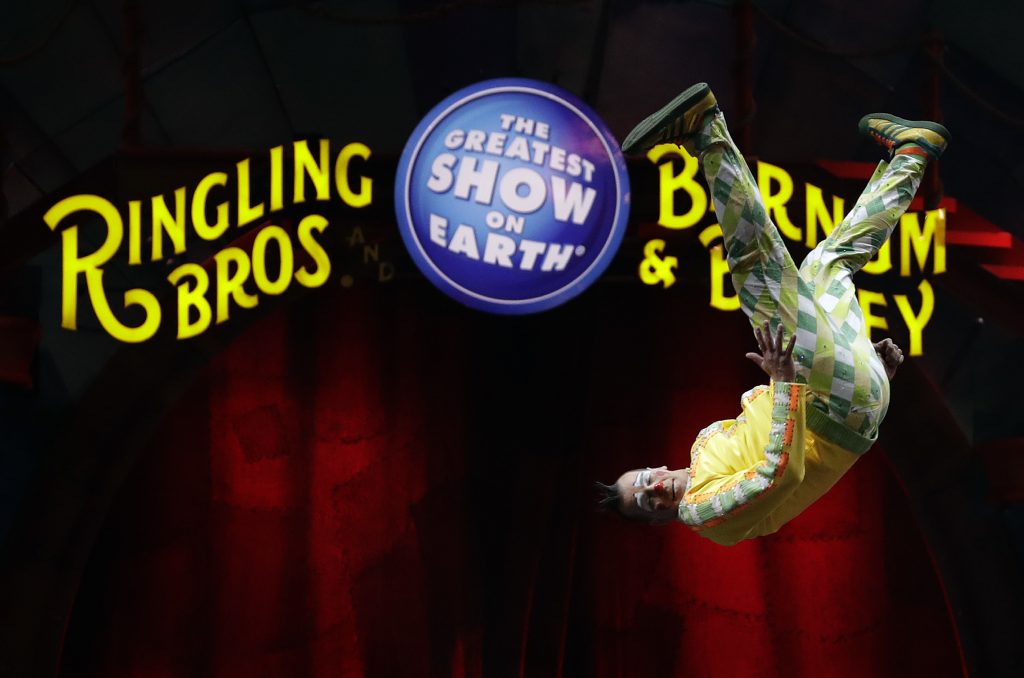 For some circus fans Saturday, it was a chance to say goodbye to beloved childhood memories. For others, it was a bucket list fulfillment.

Lions, tigers and clowns, no more. Oh my. It’s curtains for the Ringling Brothers and Barnum & Bailey Circus.

This weekend, the most famous American circus ends its 146-year reign as one of the world’s biggest big tops.

Ringling’s parent company, Feld Entertainment, announced in January it would take its final bow this year. On Saturday afternoon, under cloudy skies, fans streamed into the Nassau Coliseum in suburban New York to pay their last respects to the iconic show.

“I am sad that it’s going to be over,” said Melissa Angevine of Walton, New York. She and her husband drove four hours with their two kids Saturday to see the show “It’s a pastime that no longer anybody gets to enjoy anymore, unfortunately. Everybody’s in their tablets and not really going out and seeing different kinds of entertainment anymore.”

Ringling had two touring circuses this season, one ending its run earlier this month in Providence, Rhode Island.

The final shows of what was long promoted as “The Greatest Show on Earth” are being staged throughout the weekend, with three shows Saturday and three Sunday. The final circus show Sunday night will be streamed on social media and on the circus’ website.

“I’m thankful we get to see it before it leaves,” she said. “I pray that when they end, they take the animals and put them in a safe, sacred place.”

A circus spokesman says homes have been found for the animals that were owned by Ringling, including the tigers, horses and camels.