World Brazil’s Leader Mounts Defense to Save His Presidency
World 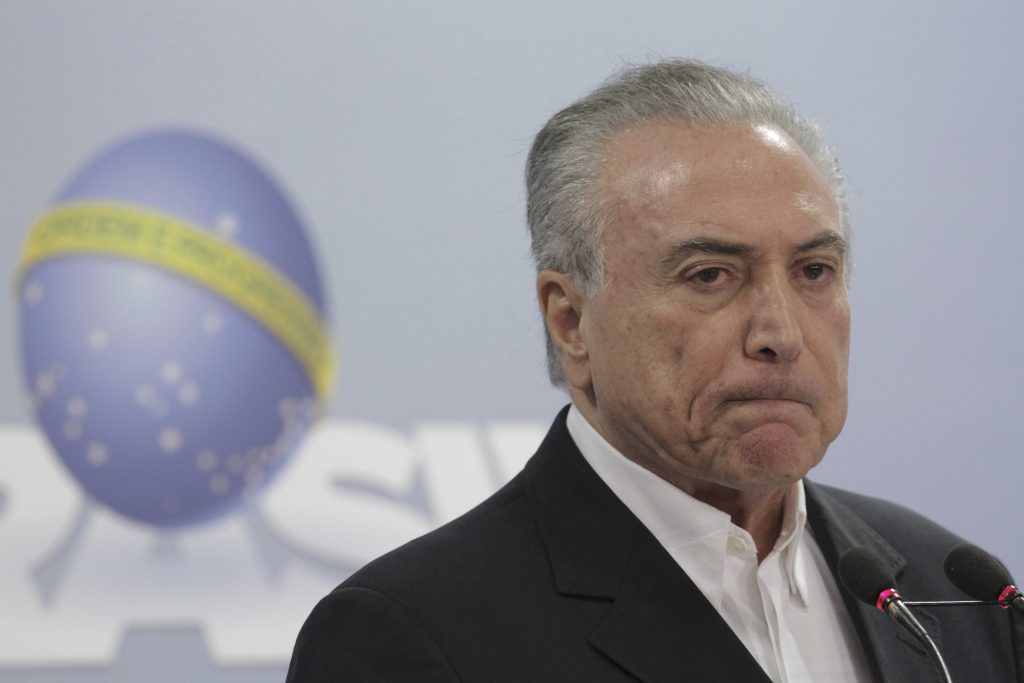 Fighting to save his job amid a mushrooming corruption scandal, Brazilian President Michel Temer told the nation Saturday that an incriminating audio recording of him had been doctored.

“That clandestine recording was manipulated and doctored with (bad) intentions,” Temer said at a news conference in capital of Brasilia.

Temer said he had filed a petition with the Supreme Federal Tribunal, the country’s highest court, to suspend the corruption investigation into him until experts can analyze the audio that appears to show him endorse the payment of bribes to ex-House Speaker Eduardo Cunha for his silence.

It’s unlikely the court would do that, as it authorized the opening of the investigation into Temer in the first place and ordered it made public.

Temer also questioned the motives of the man who made the recording, JBS meatpacking company executive Joesley Batista. He accused Batista of buying “large quantities of dollars to cause chaos on the exchange market” before giving the tape to prosecutors.

Temer’s claims about the audio and Batista couldn’t be immediately verified.

In the audio, Temer apparently endorses bribes for Cunha, who is serving a 15-year prison sentence of corruption and money laundering and who led the impeachment push against President Dilma Rousseff last year.

Rousseff was eventually ousted for illegally managing the federal budget, bringing Temer, who was her vice president, to power.

Temer’s remarks were unlikely to have much impact on the spreading movement for him to resign. Even if the audio was edited, Temer’s words to Batista to keep up the payments to Cunha seem clear. And Temer did not mention the long list of other allegations against him, nor acknowledge that allies have started to bolt.

Soon before Temer spoke, the Brazilian Socialist Party announced it was breaking from his coalition. The loss of its seven senators and 35 deputies mean Temer’s ambitious plans to reform the country’s pension system and labor laws are even less likely.

The leaders of several other parties in Temer’s coalition also planned to consult with their members Saturday in Brasilia.