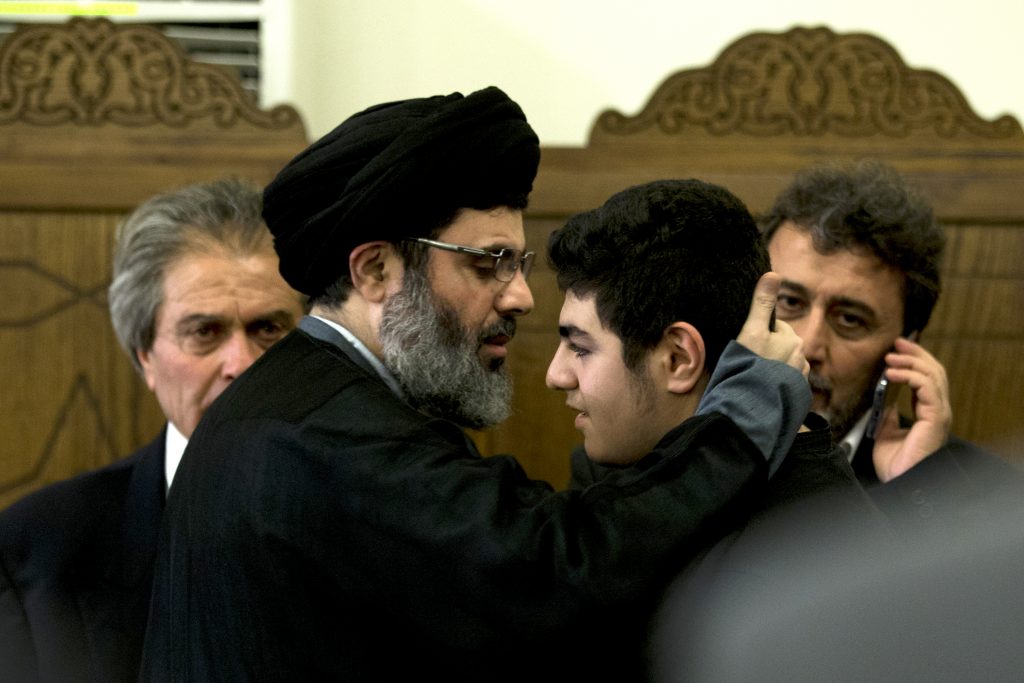 The Trump administration imposed its first terrorism sanctions jointly with Saudi Arabia on Friday, as President Donald Trump was set to travel to the kingdom on his first overseas trip.

The State Department announced sanctions on senior Hezbollah leader Hashem Safieddine and Muhammad al-Isawi, a leader of Islamic State’s operations on the Sinai Peninsula in Egypt.

Saudi Arabia joined the U.S. in targeting Safieddine, who is said to oversee the financial empire of the Lebanon-based party.

“As a result, any of his assets held in Saudi Arabia are frozen, and transfers through the kingdom’s financial sector are prohibited,” the State Department said in a statement.

Hezbollah is close to Iran, Saudi Arabia’s main rival for power in the region, and has played a key role in boosting the Syrian government of President Bashar Assad. The Saudis also accuse Iran and Hezbollah of fanning the war in Yemen by supporting the Houthi rebels.

Hezbollah, which has members in Lebanon’s parliament and Cabinet, is considered a terrorist organization by the U.S. government.

It said that the two men facilitated the transfer of weapons and money and the movement of people in support of al-Qaida in the Arabian Peninsula, which has plotted attacks against the U.S.

The Trump administration said the four men have “committed, or pose a serious risk of committing, acts of terrorism” and threaten U.S. national security.

In all cases, the sanctions work to restrict those targeted from accessing funding or property.

Trump is scheduled to arrive in Riyadh on Saturday morning at the start of his five-stop trip across the Middle East and Europe.