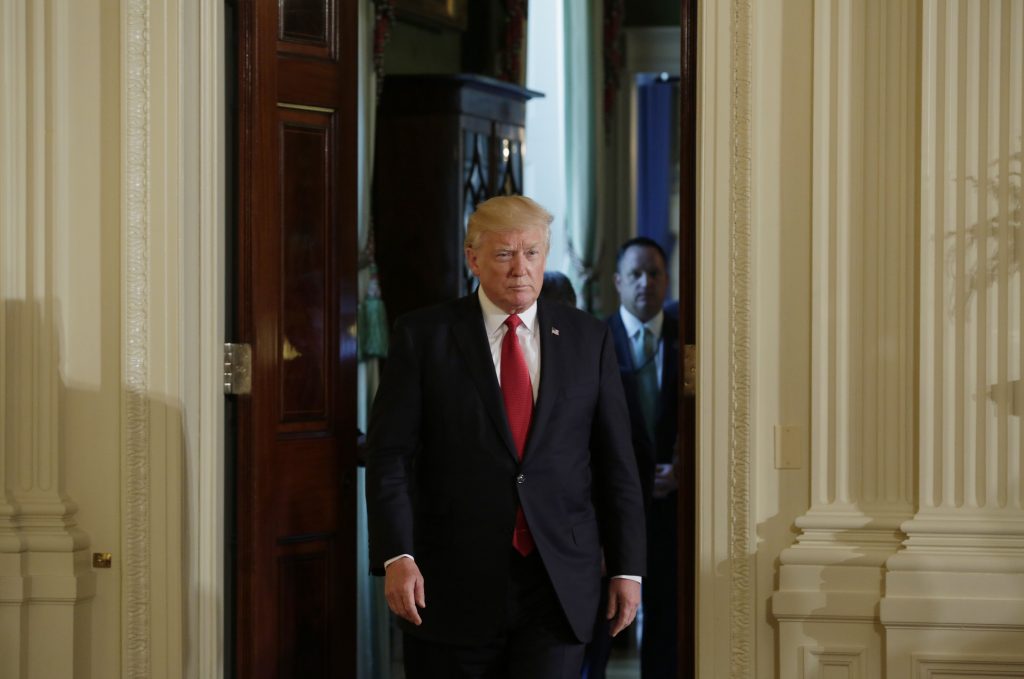 With turmoil enveloping his administration at home, President Donald Trump heads abroad on Friday for a trip the White House hopes will shift focus away from domestic controversies and on to his foreign policy agenda.

President Trump leaves for Saudi Arabia on Friday afternoon and will make stops next week in Israel, Belgium and Italy. The trip was billed as a chance to visit places sacred to three of the world’s major religions while creating face time with Arab, Israeli and European leaders.

But a political uproar in Washington over President Trump’s firing of former FBI Director James Comey, allegations that he pressed Comey to stop investigating former national security adviser Michael Flynn, and the subsequent appointment of a special counsel to look into allegations of Russian meddling in the 2016 election and potential ties with President Trump’s campaign threaten to overshadow his trip.

“We look forward to getting this whole situation behind us,” the Republican president told a news conference at the White House on Thursday.

The sojourn abroad, his first foreign trip since taking office in January, may or may not help.

President Trump is expected to be welcomed warmly by leaders in Riyadh and Yerushalayim, but lingering questions over his views on the Iran nuclear deal, commitment to NATO security and skepticism of the Paris climate agreement could generate tension at meetings with European counterparts in Brussels and Sicily.

“It’s almost always true that when a president goes on a big foreign trip, especially one that has some important summits … that that dominates the news and knocks most other stuff out,” said Republican strategist Charlie Black.

“Whether by accident or design, this will help him in terms of Russia news for a while.”

The White House laid out three purposes for the trip: reaffirming U.S. leadership globally, building relationships with world leaders and broadcasting “a message of unity to America’s friends and to the faithful of three of the world’s greatest religions,” said national security adviser H.R. McMaster.

“What President Trump is seeking is to unite peoples of all faiths around a common vision of peace, progress and prosperity,” he told reporters.

The national security adviser, who publicly defended President Trump this week against allegations that he improperly shared intelligence information with Russian Foreign Minister Sergei Lavrov during an Oval Office meeting, has a lot riding on the trip himself.

“He’s already on thin ice after his attempt to defend the president’s discussion of intelligence with the Russians, and he urged the president to do this trip, which may have been a bad idea,” said one U.S. official. “It’s too long and covers too much ground and too many topics. If it goes badly, no matter who’s fault it is, it will be H.R.’s.”

Although he kept a grueling schedule as a presidential candidate, President Trump is fond of being home at night, often flying back to New York after campaign events to sleep in his own bed. The nine-day trip will be his longest since becoming president.