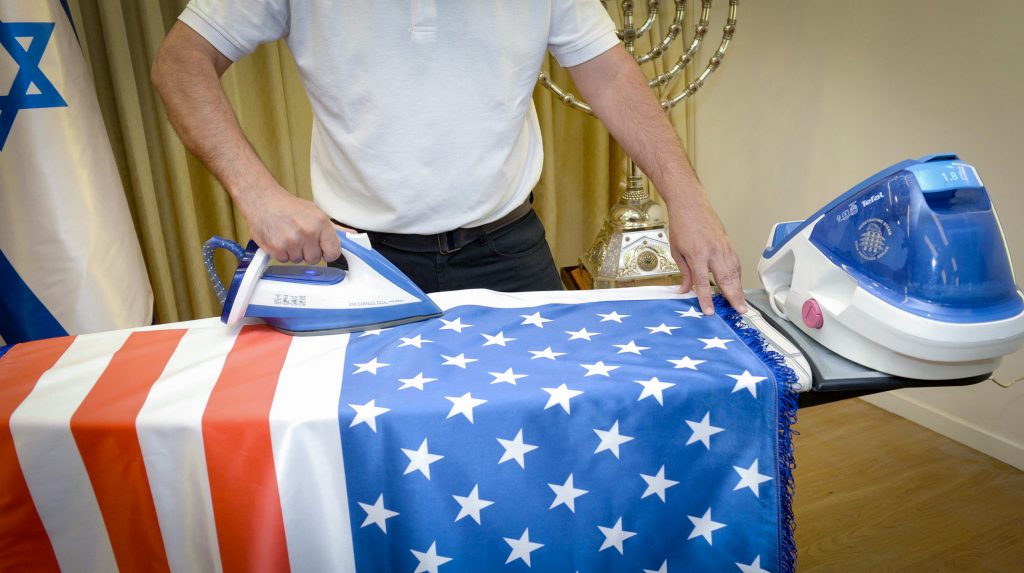 Rumors have abounded on how – or even if – a visit to the Kosel would be conducted by President Donald Trump when he arrives in Israel next week, but in an interview with Yisrael Hayom editor Boaz Bismuth, President Trump said that the matter had not yet been finalized – and that he has not ruled out visiting the Kosel with Prime Minister Binyamin Netanyahu.

“We have great respect for Prime Minister Netanyahu,” said President Trump, and the decision to visit the Kosel without a political escort from Israeli officials was not meant as a slight or a political statement, but in order not to upset the “customs of the site.” That could change, however. “We haven’t made a final decision” on how the visit would be conducted, he told Bismuth.

Earlier this week, it was reported that President Trump would not be accompanied to the Kosel by Netanyahu or any other Israeli official, in order not to give the impression that the U.S. recognizes the Kosel as a part of Israel. In a press conference Tuesday, White House spokesperson Sean Spice said that the Kosel was “clearly in Jerusalem,” but would not say that it was in Israel.

In the interview, which took place at the White House Thursday night, President Trump emphasized that he was committed to bringing about a deal between Israel and the Palestinians. “I think there is a great chance to reach a deal,” President Trump said. “I love the Israeli people,” he said, adding that he was “working very hard” to bring about a deal between Israel and the Palestinians, which he hoped would happen sooner than later. Such an agreement would be a “great opportunity,” and it would be “good for everyone,” he added.

Regarding the possible move of the U.S. Embassy from Tel Aviv to Yerushalayim, President Trump said that he did not want to discuss it. However, he said, “we are working on a lot of interesting things,” details of which will become clearer later on.