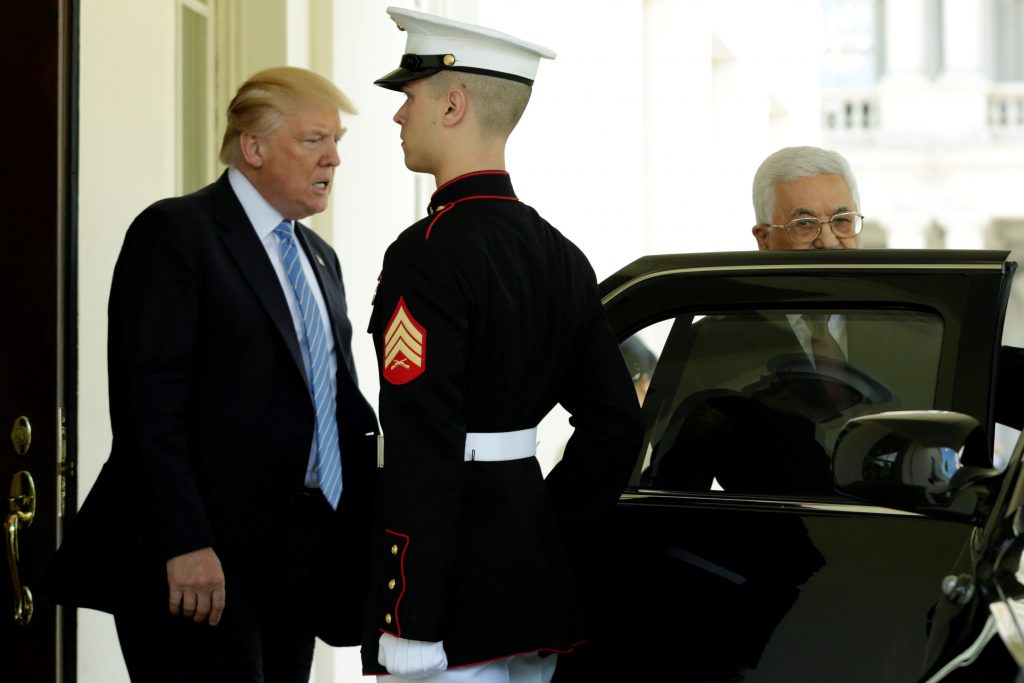 In keeping with the White House desire to avoid any unwanted political symbolism during President Trump’s visit to Israel, he will not be going to Palestinian Authority headquarters in Ramallah, Arutz Sheva reported Thursday, quoting an administration official.

The White House believes that to do so could be wrongly construed. Instead, the president will meet with PA President Mahmoud Abbas in Beit Lechem.

The decision appears to parallel the insistence that the president will visit the Kosel unaccompanied by Prime Minister Binyamin Netanyahu or another senior official, so as not to give the impression that Trump endorses Israeli claims to sovereignty over the site.

In another trip-related item, an unnamed White House official was quoted as saying Thursday that a three-way summit involving Trump, Netanyahu and Abbas will not happen. Such a meeting was previously mentioned as a possibility for the second day of the presidential visit to Israel.