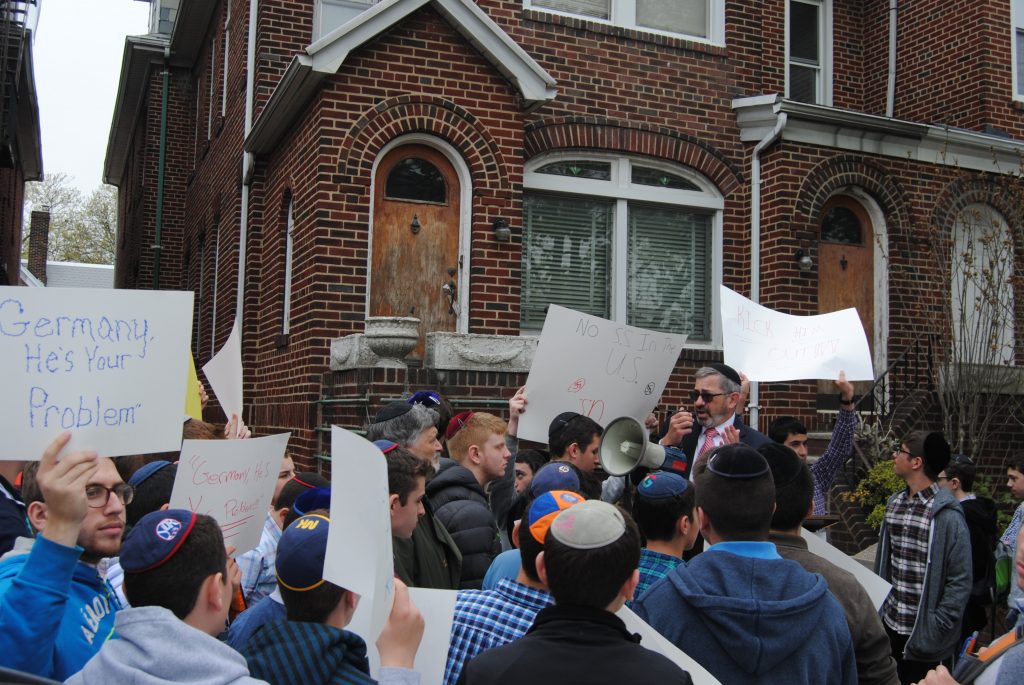 A New York City congressman is asking the federal government to take action to deport a Queens resident who served as a guard in a Nazi concentration camp.

Polish-born Jakiw Palij, 92, was stripped of his citizenship in 2004 for his role in the camp and on the grounds that he lied about his actions during the Holocaust in order to enter the United States in 1949. A deportation was ordered but stymied as the three countries deemed appropriate for repatriation — Germany, Poland and Ukraine — refused to accept him.

This week, Rep. Joseph Crowley (D-NY) sent a letter to Secretary of State Rex Tillerson as well as to the Departments of Justice and Homeland Security, calling on them to “take action … to identify a country that will accept Mr. Palij.”

“Our government should take all possible steps to ensure that Jakiw Palij is judged for his crimes. He should not be allowed to live in New York and should be deported so victims of the Holocaust can see justice done,” the Congressman told Hamodia.

Palij served as a guard in the Trawniki concentration camp in Nazi-occupied Poland where several thousand Jews and other prisoners were murdered. He came to America claiming he was a war refugee and was granted citizenship in 1957.

He has lived for decades in the Jackson Heights section of Queens — ironically, directly between the neighborhood’s two shuls.

The area is often touted as one of the most diverse in the country with a particularly large population of Indians, Pakistanis, and immigrants from various South and Central American countries.

Helen Hoffman, the daughter of Holocaust survivors from Germany and long-time Jackson Heights resident, said she felt efforts for Palij’s deportation were a poor use of resources.

“If it was 60 years ago, I would feel differently, but what justice is there to be done at this point?” she asked Hamodia. “I think it’s a waste of money to have to put him in jail and feed him. He’s 92, he’ll get his punishment soon.”

The case gained recent media attention about a month ago, when students from the Rambam Mesivta in Lawrence, New York, held a protest outside Palij’s home, calling on authorities to see that he is removed from the United States.

“We can’t accept any excuses. It’s our job to make sure the murderers of Jews don’t stay in the country,” Rabbi Zev Friedman, who heads the Rambam Mesivta, told Hamodia.

Rabbi Friedman said being that Palij “wore a German uniform and took orders from the Germans,” it is Germany’s responsibility to accept him.

Dr. Efraim Zuroff, chief Nazi-hunter for the Simon Wiesenthal Center, said that Palij’s case is not unique and that his remaining in the country is not due to lack of efforts by U.S. authorities.

“Americans were very successful in getting Nazi war criminals out, if there was a country that would take them, but recently there were quite a few cases of people who were officially deported but died in America,” he said. “Palij is the last of these cases and America is dying to get rid of him, but Germany took very few who were not Germans and the other countries say ‘he’s a criminal, we don’t want him. ’”