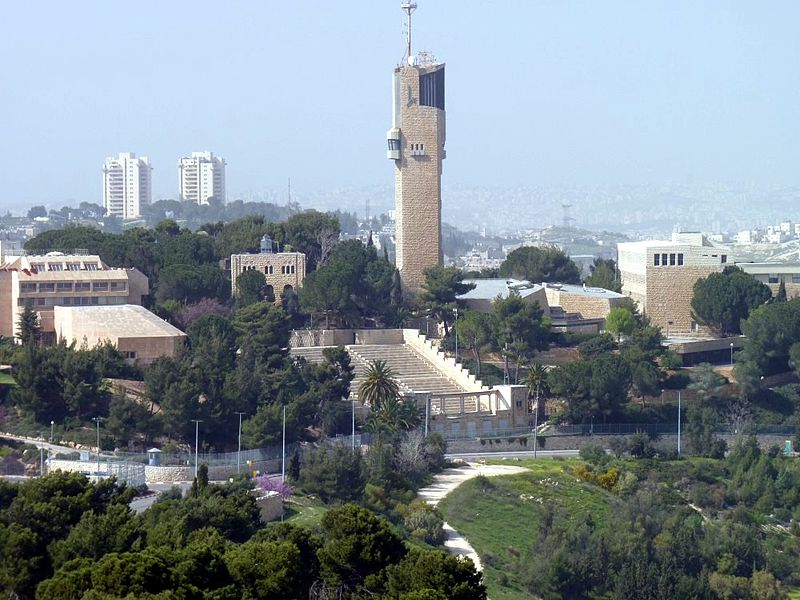 Israeli Prime Minister Binyamin Netanyahu led a chorus of condemnation against Hebrew University for planning to omit the playing of the national anthem at a graduation ceremony Thursday evening, apparently from a desire not to offend Arab students.

“This is the peak of subservience, the opposite of national pride,” he said. “We are proud of our country, our flag, our national anthem, and this only reinforces my opinion to pass the national law that we are leading in order to anchor into law the national symbols that are so dear to us.”

The university did not back down. In a stiffly-worded statement, it noted that there is no legal obligation for the playing of the anthem at an academic ceremony such as this one, for students graduating from the School of Humanities at Hebrew University.

“There is no statutory provision and/or guidance from the Council for Higher Education regarding the singing of anthems at academic ceremonies; hence, there is no basis for complaints to the university on the subject. At official state ceremonies at Hebrew University, the national anthem is played as usual. At academic ceremonies there is no obligation to play the anthem,” the statement read.

As to the reason for the university’s policy, Army Radio said that a student who had queried the administration about the issue was told that the anthem was omitted out of “consideration for the other side” — presumably referring to Arab students.

In a phone conversation on Thursday, Hebrew University President Menahem Ben Sasson promised Education Minister Naftali Bennett that the anthem will be played at every official university ceremony, and that he would look into this incident.

Bennett, apparently not satisfied, requested recommendations from the Council for Higher Education, which he heads, for an “ethical code for the politicization of Israeli academia.”

Other officials from various branches of the government not necessarily involved with education, joined in.

Defense Minister Avigdor Liberman said he was “shocked,” and called on the university administration to change this “odd decision.”

Knesset Speaker Yuli Edelstein bemoaned the decision, saying that “in a place where the ‘Hatikvah’ is canceled, there is no hope and no spirit.”
However, Meretz leader Zehava Gal-On backed the university. She dismissed the issue as “fake news” and asserted that the national anthem hasn’t been sung at the ceremony for at least the past four years.

“At state ceremonies the national anthem needs to be sung. That is a given, even if it is hard for Arabs to identify with singing ‘a Jewish soul yearns.’ But that is not what is happening here. Handing out academic certificates, with all due respect, is not a state ceremony, and no anthem was canceled. It never was [a part of the ceremony].”